Your Guide to Generalized Anxiety Disorder

It’s quite normal to feel anxious when you’re faced with stress or difficulty. Anxiety is the body’s natural response to nerve-racking situations, events such as speaking in front of a large audience or going to a job interview. However, when this feeling of anxiety becomes a constant occurrence — and is characterized by extreme and uncontrollable bouts of worry over mundane events — it may be diagnosed as generalized anxiety disorder (GAD). Understanding this condition can help a person identify the signs and symptoms of the condition, and get proper treatment.

What is Generalized Anxiety Disorder?

Generalized anxiety disorder is a type of anxiety disorder that brings about feelings of intense worry or apprehension about everyday life, and interferes with a person’s ability to carry out their daily activities with ease. It is a common condition, which in any given year, affects over 6.8 million adults, in the United States alone. Women are twice as likely as men to be diagnosed with this condition.

People who are affected by generalized anxiety disorder often find themselves unable to control the constant cycle of worry, even though they understand that the level of anxiety that they feel is not necessary in that situation. Sometimes, they may experience physical symptoms like headaches, fatigue, and trouble sleeping. In more serious cases, it can prevent a person from carrying out simple activities like leaving the house, and it can can affect their relationship with other people.

Research has shown that the symptoms of generalized anxiety disorder can gradually build up in a person’s life, but more commonly affects younger and middle-aged adults.

According to the Anxiety and Depression Association of America, these symptoms may include:

Generalized anxiety disorder is one of the conditions grouped in the American Psychiatric Association’s DSM-5 among other anxiety disorders that share the same features of excessive and uncontrollable worry such as obsessive-compulsive disorder, panic disorder, post-traumatic stress disorder (PTSD), and social anxiety disorder. The symptoms of each of these disorders are similar, so it is important to carefully identify the symptoms that affect you, with the help of an experienced and licensed mental health professional.

Research has also shown that there is a link between anxiety disorders and neuroticism, a personality trait in which a person is more inclined towards feelings of self-doubt, anxiety, and negativity. The link between these two factors has led experts to believe that people with a nervous or pessimistic personality may be more likely to develop generalized anxiety disorder.

Apart from these circumstances, there are other risk factors that can increase the likelihood of developing generalized anxiety disorder. Traumatic life experiences and misusing addictive substances are contributing factors, as well as having a chronic illness.

A study published in the Psychiatric Clinics of North America Journal suggests that symptoms of mood and anxiety disorders are thought to result in part from disruption in the balance of activity in the emotional centers of the brain rather than in the higher cognitive centers.This means that people with differences in brain chemistry and structure may be at an increased risk of developing generalized anxiety disorder. This is evident from the fact that functional Magnetic Resonance Imaging (MRI) scans of people affected by anxiety disorders shows an imbalance of serotonin — the brain chemical that is responsible for inducing happiness and other positive emotions — as well as other brain chemicals.

Generally, these risk factors can be moderated by early detection and intervention, and a strong social support system.

In this current era of global insecurity, coupled with an unstable political climate, it has become a matter of great importance to examine the prevalence of generalized anxiety disorder, as well as the social factors that may be contributing to it.

When you go through the news daily, chances are you will see countless, anxiety-inducing headlines informing you of the failing economy, epidemics, natural disasters, wars, and political turbulence. At the same time, you may be dealing with a number of personal issues — worries about your social life, health, or job security. For people living with generalized anxiety disorder, the pressures of the world today may seem like an insurmountable struggle.

In a survey conducted by the youth poll site MyVoice, it was shown that a majority of American teenagers and young adults experience physical or emotional distress as a result of the current political climate. Most of the youth are affected by insomnia, difficulty concentrating, and overeating — which is also coupled with emotional issues including depression, anxiety, and fear. There is now a challenge to deal with the current social, economic, and political issues affecting the world today, while offering support and protection to those who are affected by anxiety disorders here and now. This is the most effective way to control the steady increase in the number of people affected by generalized anxiety disorder.

The treatment options available to a person affected by generalized personality disorder depend on the severity of that person’s symptoms, as well as the presence of other health conditions. Some people may require a combination of two or more treatment options, such as medication and behavioral therapy.

Consulting a therapist is the most effective way to manage the symptoms of generalized anxiety disorder. Cognitive behavioral therapy (CBT) is often recommended by mental health professionals, as it is proven to be safe and effective. Research has also shown that it reduces the level of anxiety in people affected by generalized anxiety disorder. Mindfulness and commitment-based therapy has also been deemed an effective treatment option.

A healthcare professional may also recommend medication to help control the symptoms of generalized anxiety disorder. The appropriate medication to be prescribed by a psychiatrist, including antidepressants or antianxiety medications like escitalopram (Lexapro), duloxetine (Cymbalta), venlafaxine (Effexor XR) and paroxetine (Paxil, Pexeva).

It may be the case that person affected by generalized anxiety disorder needs to make certain adjustments to their lifestyle. Regular exercise, a healthy diet, and consistent meditation can help ease stress and reduce the symptoms. This condition can also be managed by reducing exposure to stress-inducing activities, keeping a journal to identify anxiety triggers, and maintaining a healthy sleep schedule of 7-8 hours at the very least.

There is no doubt that most of the things we worry endlessly about are unlikely to come true. Being anxious is a normal part of life, but excessive anxiety and worry may be a sign of generalized anxiety disorder, and it is important to seek treatment as early as possible — why live with disruptive anxiety when a healthy and productive life is easily within reach?

Check out our anxiety test to better understand your symptoms. 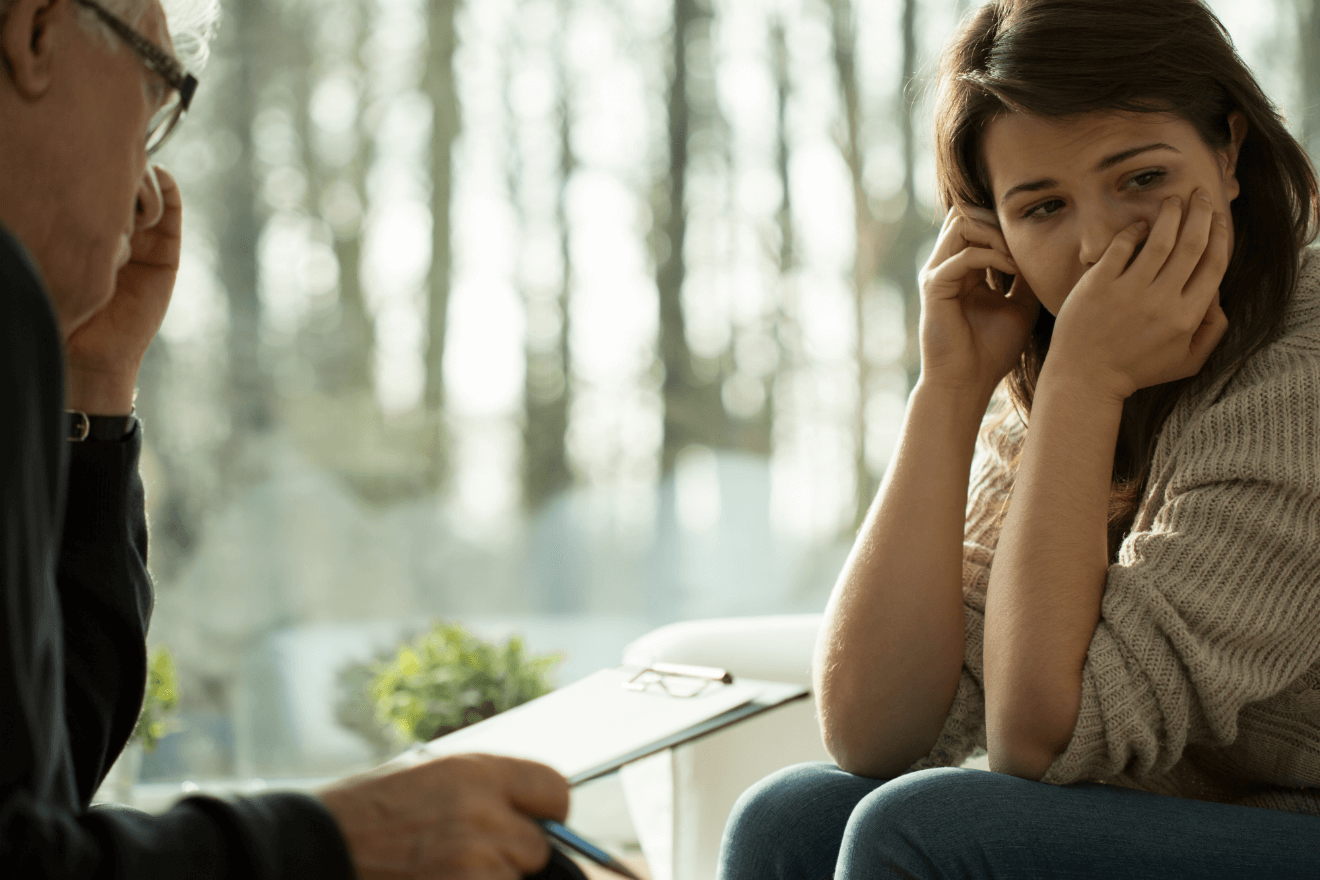 Read More
Published on: 23 May 2017
There is a history of division in the psychological community regarding how to classify different types of anxiety… 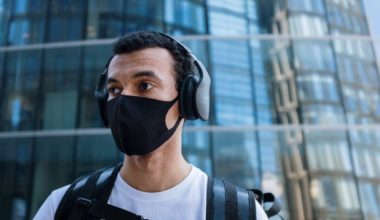 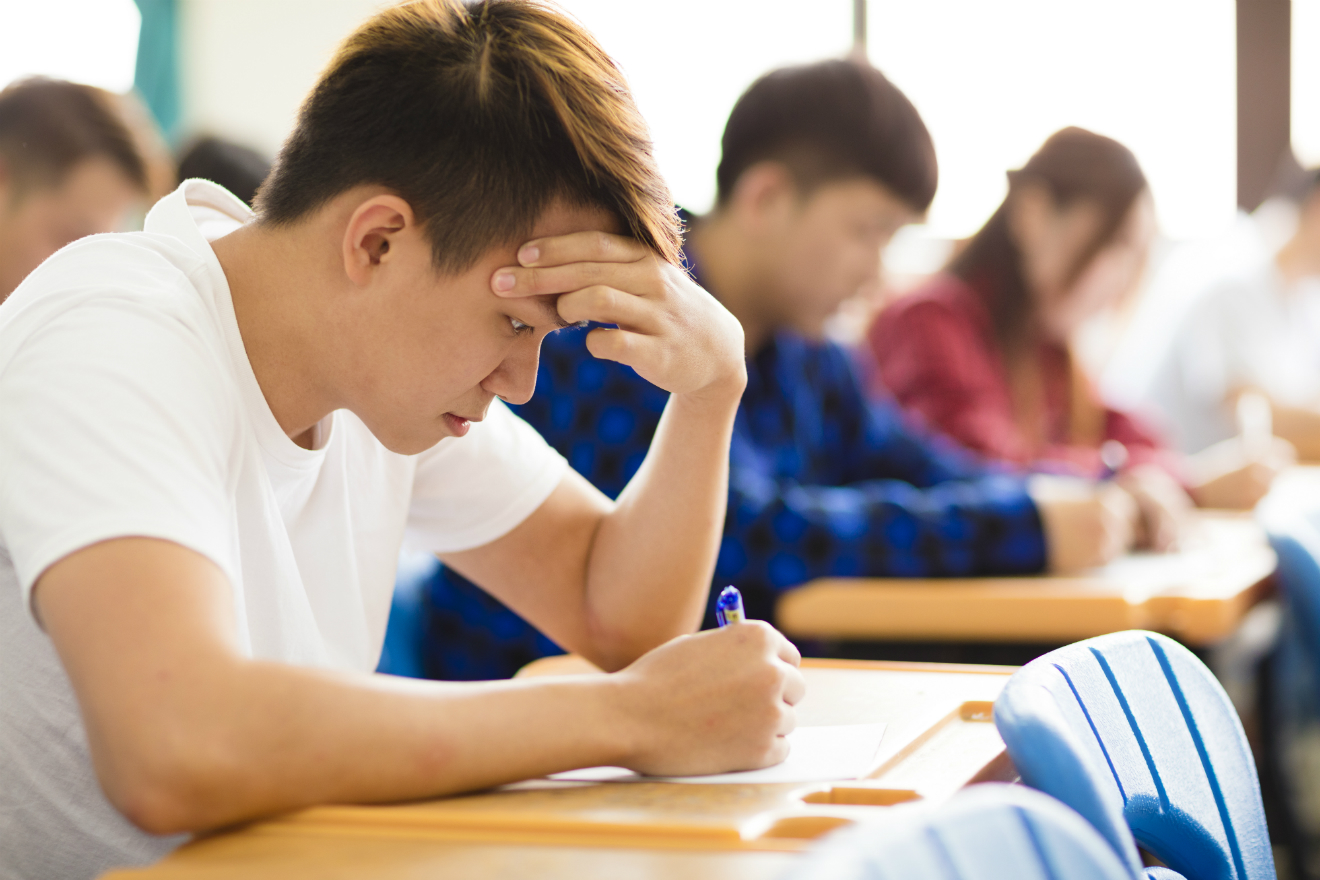 Read More
Published on: 02 May 2017
Talkspace is not yet available to people under 18-years-old. Nonetheless, we have a duty to provide mental health…