What Is “Quiet” Borderline Personality Disorder?

Katie Reed, a blogger and mom of four from Salt Lake City, spent many years living with “quiet” borderline personality disorder before getting a proper diagnosis. Before that, she was misdiagnosed repeatedly — with bipolar disorder, Asperger’s syndrome, and anxiety disorder — none of which ever felt “right.”

It was after her third suicide attempt in 2009 that she was diagnosed with borderline personality disorder (BPD), a diagnosis that thankfully changed her life for the better.

“When I was finally diagnosed with BPD, it was like a light went on, and I suddenly understood what was going on in my brain and why I acted the way I did,” Reed tells Talkspace.

The National Institute of Mental Health (NIH) describes borderline personality disorder (referred to most often as BPD) as marked by erratic mood swings, poor self-image, impulsive behavior, extreme “black-and-white” thinking, self-harm, and an inability to maintain stable relationships. Episodes of heightened anger, depression, or anxiety are another hallmarks of the disorder. These episodes can last for a few hours to a few days.

While there is no known, clear cause for BPD, experts believe a combination of genetics, brain structure and function, as well as environmental and social issues come into play. Many therapists point to a history of childhood trauma or abuse as a root cause of the disorder.

“Quiet” BPD isn’t readily distinguished from “regular” BPD—at least not in an official sense (it does not have a special designation in the Diagnostic and Statistical Manual of Mental Disorders [DSM], for example). And yet, therapists and their patients often see a clear distinction between the “quieter” cases of BPD and its more traditional manifestations.

While “classic” BPD is characterized by episodes of violent outbursts, individuals with “quiet” BPD tend to direct this violence inward.

“[T]hose with ‘quiet’ borderline personality disorder act in,” says Dr. Gerard Lawson, President of the American Counseling Association. “There is less hostility and fewer aggressive outbursts, but there may still be isolation, and self-injurious behaviors or suicide attempts.”

People with “quiet” BPD will still experience the intense emotional roller-coaster than distinguishes the disorder, but will often be working harder to shut these emotions down, or push them aside. Very often, their sense of self is marked by shame or self-hatred.

“People with BPD often feel that their emotions are ‘wrong’ and spend a great deal of energy either pushing their feelings down or trying to justify [them],” explains Jessica Tappana, LCSW, therapist and owner of Aspire Counseling. “Whether you react by withdrawing (“quiet”) or acting out, the emotional desperation of BPD…can feel unbearable.”

How is “Quiet” Personality Disorder Diagnosed?

Reed has always experienced BPD as an “inward experience.” There was very little “acting out,” and much of her intense emotions resulted in intense periods of self-harm.

“My rage and sadness are usually internalized, and my frustrations are directed inward. My arms are criss-crossed with scars in various degrees of healing from years of self-harm (cutting),” Reed explains. “I also tend to deal with upset by cutting myself off from those I love, becoming robotic in my interactions, refusing to allow empathy or sympathy in. It has affected every relationship I’ve ever had.”

Because people with the with “quiet” form of BPD don’t exhibit the classic explosive symptoms of the disorder, it can take much longer to get a proper diagnosis, which is particularly troubling when the symptoms of the “quiet” disorder involve self-harm.

“I think people who have more internalized symptoms aren’t diagnosed at all,” says Dr. Colleen Cira, Licensed Clinical Psychologist and the Founder and Executive Director of Cira Center for Behavioral Health. “Borderline Personality Disorder has such a reputation in the psychological community as presenting as angry, manipulative, explosive.”

Dr. Cira explains that while there are symptoms of the “quiet” form of BPD listed in the DSM, they are often overlooked when evaluating a patient, making it more difficult for patients to get a proper diagnosis. “This is a real problem because not only do these people need treatment to address their BPD symptoms, they also likely has trauma histories and need treatment to address their trauma histories as well,” she says.

Patients who have not been properly diagnosed with “quiet” borderline personality disorder often end up feeling “invisible” and “misunderstood,” says Dr. Cira, which only makes the disorder harder to live with, and leads to more episodes of self-harm and lower self-esteem.

Treatment (and Hope) For People With “Quiet” Borderline Personality Disorder

Getting a proper diagnosis for a “quiet” version of BPD tends to be half the battle.  When patients find out the name for what they’ve been living with, it can be like a huge weight is lifted from their shoulders.

“I have felt far less crazy since getting my diagnosis because now I know what I am dealing with,” says Reed.

The good news is that treatment options for “quiet” BPD have increased over the years, as the disorder becomes better understood. Once patients get a diagnosis, there are several evidence-based treatments out there.

“Not so long ago (15-20 years) some very skilled clinicians believed there was no help for individuals who have a disorder like BPD,” says Dr. Lawson. “Now, there are actually very good treatment options, and they are improving.”

DBT is the therapy of choice for therapist Jessica Tappana, who has used it frequently to treat “quiet” borderline personality patients in her practice. It’s an intensive treatment with four components: individual therapy, group DBT skills training, coaching throughout the week, and weekly meetings with your consultation team. But its comprehensive nature is what makes it so successful, according to Tappana.

“DBT does more than treat the symptoms of quiet BPD, it teaches you a new way to interact with the world around you,” she says.

Whatever method you use to treat “quiet” BPD, it is important you find a therapist that you feel comfortable with. “Quiet” BPD is something many will struggle with on and off for the rest of their lives. But treatment can lessen the symptoms significantly, and decrease the number of “episodes” patients experience.

Since getting diagnosed and entering treatment, Reed says she has far fewer episodes “Thankfully, as I’ve gotten older, I’ve been able to manage my illness better,” Reed shares. “It used to be several times a week that I would have ‘episodes’ but nowadays it is far rarer — once a year or so at most.”

Most importantly, Reed is now able to recognize what is happening to her, and work through it with a little more compassion and self-love. Reed openly writes about her experiences with mental illness on her blog, and considers herself an advocate for people with the disorder.

Reed’s hope for the future is that more people suffering with “quiet” BPD can get the treatment they need to live life to the fullest. “It’s a really important subject to share with people and help them understand,” she says.

Having Healthy Sex after Sexual Assault

Checking in on Your Mental Health Resolutions 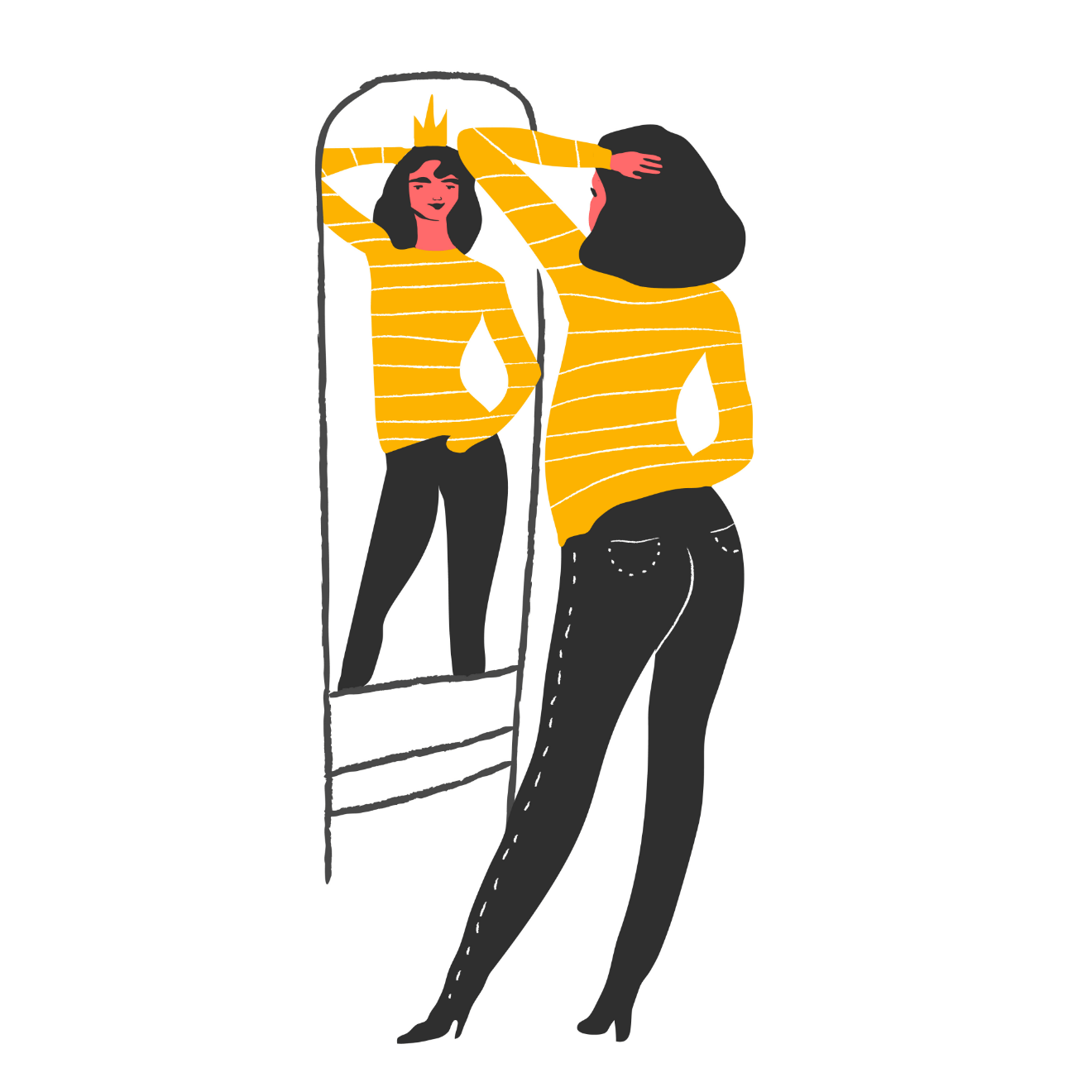 Read More
Published on: 17 Jul 2017
Psychopath, sociopath, narcissist — these are words we sometimes throw around when talking about people who have difficult… 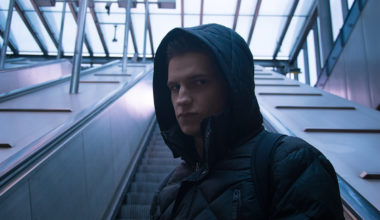 Clinically Reviewed by Reshawna Chapple, PhD, LCSW
The term “antisocial” has become synonymous with someone who prefers alone time over group events, but add “personality… 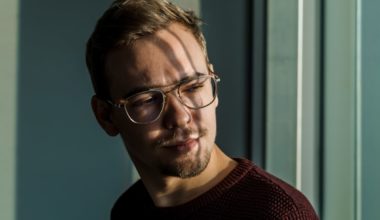