How Can I Tell If I Have Anger Issues?

When was the last time you felt angry? What made you feel that way? You may have been feeling frustrated by your job, relationship, or your finances. It may even have been because of a situation that didn’t directly involve you. We all experience feeling angry from time to time, but the way we express this feeling varies from person to person.

While it’s a completely normal reaction, anger can become a problem when left uncontrolled. Admitting that you may have anger issues is often difficult, especially when you can’t identify the problem yourself — often a difficult task. So, how can you tell if you have anger issues? If you feel like you experience frustration, stress, or irritability on a regular basis, an underlying anger problem may be the culprit.

To learn more about common anger symptoms, keep reading below.

The American Psychological Association describes anger as an emotion characterized by antagonism toward someone or something you feel has deliberately done you wrong. Most of us react to certain triggering situations with outward expressions of anger, but that doesn’t make you a bad person, it makes you human. Anger provides an outlet for expressing negative feelings, but when it gets out of control, outward anger can cause problems for you and those around you.

Anger is a complex emotion that is expressed in a variety of ways and for many different reasons. To make it easier to understand, experts usually refer to three expressions of anger: passive, aggressive, and assertive anger.

Some people tend to deal with their anger by keeping their feelings to themselves instead of expressing them in the moment. This is one of the characterizing features of passive-aggressive anger. In a bid to avoid confrontation and maintain control, you may find yourself trying to act like everything’s fine when dealing with a situation that makes you angry, keeping your feelings bottled up. This type of anger often makes you hold grudges against people, or make judgemental comments about them to others.

Open aggression is a sharp contrast to passive-aggressive anger, as it’s usually expressed outwardly — mostly in a physically or verbally aggressive way. People who express outward anger often do so with the aim of hurting others or destroying things to retaliate for acts they perceived were wrongfully done to them. Open anger outbursts usually occur through bullying, blackmailing, shouting, and other similar violent behaviors. Openly aggressive behavior is also a sign that you may be dealing with a deep-rooted anger problem. Assertive anger

Dealing with anger in an assertive way means making the effort to communicate calmly, listening to the other person carefully, being patient, working through your emotions, and reaching a positive conclusion.

While this may be the best way to express healthy anger, it’s often difficult for many people to ignore the urge to say what’s on their mind in the heat of the moment. You may snap and say or do something hurtful to someone, and when the adrenaline rush passes, you’re faced with the guilt from your words or actions that were said and done in your anger outbursts. It’s therefore important to be able to tell when your uncontrolled anger becomes a problem for you and for others.

When Does Anger Become a Problem?

Anger is a normal, healthy emotion, but when anger starts to spiral out of control and take a toll on your life or relationships, you may have anger issues. This is a common phenomenon. A 2015 study showed that nearly 1 in 10 US adults have impulsive anger issues, showing a tendency to lose their temper, smash and break things, or get into physical fights.

Anger may have become a problem if:

At this point, you might want to seek anger therapy to help you work through the root of your emotions.

Angry feelings usually come with some physical and emotional symptoms, which are normal if they only occur on occasion. If you’re experiencing these angry symptoms more frequently, and to a severe degree, it may be a sign that you’re dealing with anger issues.

When dealing with a strong emotion like anger, your body may go through physical changes that can put your health at risk if left unaddressed. These physical symptoms include increased blood pressure, increased heart rate, a tingling sensation, muscle tension, headaches, and a tightening feeling in your chest.

An outward expression of anger isn’t the only indicator of anger issues. In addition, there are other emotional symptoms you may experience when dealing with anger issues, such as: constant irritability, rage, frustration, anxiety, stress, guilt, or a feeling of being overwhelmed.

Many things can cause anger issues — stress, financial issues, abuse, family strife, and more. When these situations build or combine, the anger and resentment you feel also increases, eventually culminating in anger issues.

Individuals who come from a family with a history of anger issues may also be more likely to develop anger management problems. Although there’s still room for more research on the cause of anger issues, there’s some evidence that indicates genetic factors may also play a role in the way anger is expressed.

Feeling angry is not always an indicator of an underlying condition, but a licensed mental health professional can help you determine whether anger issues may be a symptom of a broader condition.

How Do I Control My Anger In the Heat of the Moment?

No one wants to feel like they’re not in control of their emotions, but anger issues tend to make you feel that way. When faced with an aggravating situation, there are a number of strategies that can help you manage your anger and keep your emotions at a normal, healthy level.

Here are a few tactics to try:

Anger management is about being able to recognize the signs of anger, and learning to maintain control during an angering situation by dealing with your anger in a responsible and constructive way. In anger management classes, individuals are encouraged to identify anger triggers and learn to resolve them with assertiveness and control. The goal of anger management is not to stop you from feeling angry or teach you to hold in anger. Instead, it lets you express your anger appropriately and in a healthy, suitable setting.

Anger management classes can also help you trace the cause of your anger. Finding the source of your anger can go a long way in preventing future issues with your temper. Speaking with someone who has attended anger management classes in the past can also give you an idea of the best option for you, as well as what you can expect from the classes.

While it may take time to find the right anger management program, you can consult your medical provider or a licensed mental health professional to refer you to a suitable program or counselor. Therapists are trained to provide techniques and strategies that can help you deal with your anger. You can also search for recommendations and resources on trusted websites with resources on anger, blogs, online support groups, and books.

Dispelling Assumptions and Misconceptions About Adoption and Mental Health

Read More
Published on: 04 Dec 2018
When someone has wronged you in some way, anger is a natural reaction. If what happened is especially… 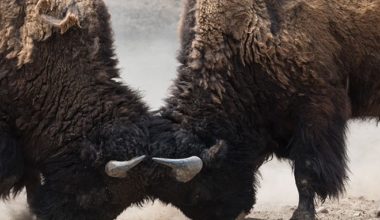 Read More
Published on: 07 May 2019
One afternoon last August, I had just had the absolute worst day ever: I had come down with… 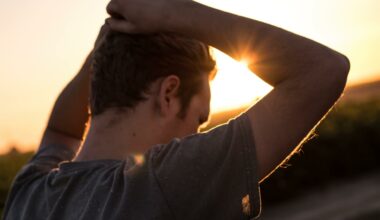 Clinically Reviewed by Minkyung Chung, MS, LMHC
Updated 12/19/2022. Anger is an expected — often healthy — emotion everyone experiences, but if your temper is…