The details are still a little hazy. A girl was staying at my apartment for two weeks. I had initially met her online, and we talked everyday for months before I agreed to let her stay with me while she was visiting my city. I volunteered to be her tour guide. This turned out to be a mistake.

The visit got off to a rocky start when she constantly told me I was too quiet and I needed to talk more. She started blaming me for other things too. Her allergy to my cats. That she couldn’t find the apartment keys I had left with her. That I wasn’t taking her to see enough of the sites. In the back of my mind, I didn’t think all of this was my fault, but I kept apologizing and trying my hardest to accommodate anyway. I wanted her to like me.

Waking up one day, I’d definitely had too much to drink the night before. But not so much I couldn’t remember what happened. Right? This is when the girl told me I had supposedly locked her in the bathroom the night before, not letting her out and terrorizing her. What?

I have no memory of this incident and I didn’t think I was missing any memories. However, with a history of dissociation, it’s not out of the realm of possibility that I would lose time. I apologized profusely, while seriously doubting her in the back of my mind. It would have been unprecedented even for me to do something like this. To make things more confusing, her aspect then changed and she became comforting and reassuring when I revealed I must have lost those memories as a result of my mental illness.

When other lies were later revealed through mutual friends, and after working with my therapist, we’re all pretty sure I never locked this girl in the bathroom. However, I am pretty sure I experienced a classic case of “gaslighting.”

Gaslighting is a form of emotional abuse in which a perpetrator manipulates and distorts their victims’ perception, identity, feelings, and self-worth.

“There are many versions of gaslighting, but basically it is an assault on your version of reality,” writes Susan J. Eillott. “Gaslighting causes you to think that up is down and down is up. Gaslighting is sowing very real seeds of doubt in your ability to believe in you and what you are experiencing.”

The term originates from the 1938 play Gas Light, and later the arguably more famous 1944 film, Gaslight. In both cases, a husband tries to drive his wife crazy by dimming the lights in their house while denying to his wife the light changes. He succeeds in confusing and controlling his wife until a police officer assures the woman he also sees the dimming of the lights.

As in the case of the play and the film, the ultimate goal of the perpetrator is power over the victim by constantly questioning their sense of reality, eventually making it more difficult for the victim to leave the abusive situation. Perpetrators need to feel control to bolster their poor sense of self and relieve their own anxieties.

According to Robin Stern, author of The Gaslight Effect, there are several tell-tale signs you may be in a gaslighting situation. And gaslighting can happen in any relationship — from romantic partners, to friends, family, and bosses — between any combination of genders.

Signs of a gaslighting situation could include second-guessing your own version of events or feelings. You may ask whether you’re being too sensitive, or simply feel confused. You may find yourself apologizing often. There’s a lack of joy or contentment in your life, and you realize you used to be a different, more upbeat person. Something will often feel wrong, but you can’t quite put your finger on it. Suddenly simple decisions become difficult and it feels like you can’t do anything right.

When approached by friends and family about your relationship you may be making excuses for the gaslighter’s behavior or holding back information completely. You may also find yourself lying to family, friends, or even your perpetrator, to avoid further power struggles.

Gaslighting itself, when you’re in it, is so confusing. It often happens gradually, getting underneath you skin before you realize what is going on. That’s partly why it’s so damaging.

“The problem is, gaslighting is insidious. It plays on our worst fears, our most anxious thoughts, our deepest wishes to be understood, appreciated, and loved,” writes Stern in The Gaslight Effect. “When someone we trust, respect, or love speaks with great certainty — especially if there’s a grain of truth in his words, or if he’s hit on one of our pet anxieties — it can be very difficult not to believe him.”

Stern explains the progression through three phases of gaslighting. It starts almost innocuously with disbelief, a “relatively mild” stage marked by “feeling confused, frustrated, and anxious.”

From here, the progression leads to defense, trying argue with the gaslighter and getting them to see your way. This stage is marked by a feeling of desperation, and though you don’t believe your gaslighter will ever see your version of events, “you haven’t given up hope.”

At the third stage, the result is often depression and hopelessness. This becomes a very difficult place to escape from the relationship, as the victim now must rely on the perpetrator to define their entire reality.

What You Can Do

If you find yourself in a gaslighting relationship, there is hope, even at its very worst.

This can start with some reality testing by capturing an interaction with your gaslighter and bouncing the situation off a friend, family member, or therapist to see if this third party thinks the gaslighter is being reasonable. Outside input from a trusted individual, like the police in the film Gaslight, can validate your sense that things are off.

Then it’s time to decide how to handle the gaslighting relationship.

Not to be confused with victim blaming, Stern empowers victims to “opt out” of arguing with the gaslighter, therefore extinguishing the fire. To do this takes not only enormous courage, but also support from friends, family, and often, mental health professionals.

“Gaslighting can occur only when a gaslightee tries — consciously or not — to accommodate the gaslighter, or to get him to see things her way, because she so desperately wants his approval so she can feel whole,” writes Stern. “You can end the gaslighting as soon as you stop trying to win the argument or convince your gaslighter to be reasonable.”

In the end, perhaps you can work with the gaslighter until they change their behavior. Or you may need to set boundaries on the time spent with the person, or walk away from the relationship completely.

“Someone can try to gaslight you and once you can identify what’s going on,” says Stern, “you can begin to turn off the gaslighting and heal.”

However you decide to handle a gaslighter, know you’ve already taken the first step.

3 Tips to Manage Anxiety About Money 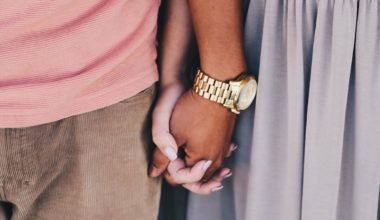 Read More
Published on: 10 Jun 2019
Relationships involve give and take, compromise, and consideration. But in healthy relationships, there are certain non-negotiables that must… 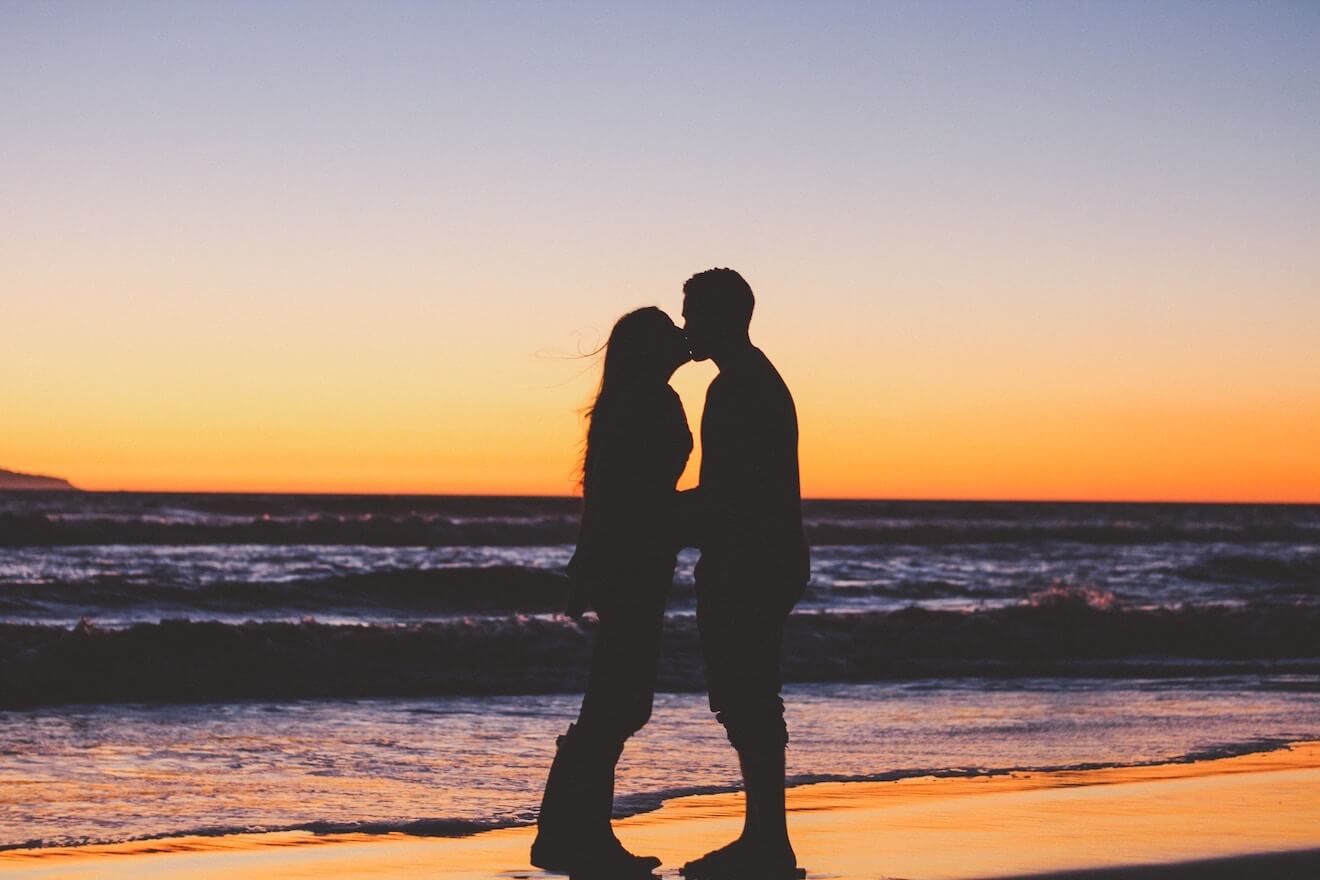 Read More
Published on: 06 Feb 2018
Relationships are a tricky business. Many of us spend a great deal of time thinking about relationships, preparing for… 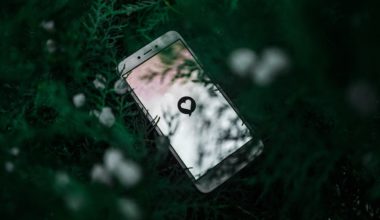 Read More
Published on: 02 Aug 2019
Being a good friend means being there for someone while they’re hitting some bumps in the road. It…