If you have bipolar disorder, medication may be an essential component of your bipolar disorder treatment plan as well as seeing an in-person or online psychiatrist. People who have bipolar disorder often experience changes in mood that can be either mild with irritability, agitation or severe with extreme anger, rage, and risky behaviors. They also tend to have wide swings in energy levels, behavioral traits, and attention spans.

The right bipolar medication can help stabilize mood changes while reducing other common bipolar disorder symptoms. Further, bipolar disorder medications can help prevent or reduce the severity of both manic and depressive episodes that are disruptive and interfere with daily life.

If you were recently diagnosed with depression or bipolar disorder and your symptoms are not being resolved to the point where you’re finding it difficult to manage day-to-day functioning, it’s time to discuss medication options with your psychiatrist. Finding the right combination of medications and other treatments like therapy can take some time. Most people find a combination of talk therapy and medication to be the most effective in treating their bipolar disorder. However, your mental health care provider will be able to create the best treatment plan tailored to your specific needs.
Read on to learn what you need to know about bipolar medications that can help you manage your daily life.

There are several types of medications for bipolar disorder. The following are some options to be aware of.

Some antipsychotic drugs can help people with bipolar disorder by regulating different brain neurotransmitters and settling the brain circuit functioning that regulates mood, thinking, and perception. While it’s not totally understood how or why they work for bipolar disorder, antipsychotics can improve manic episodes quickly, which makes them a good option for some people.

Possible side effects of antipsychotics used to treat bipolar disorder:

Anticonvulsants are a type of medication that have been used since the mid-1990s to treat bipolar disorder. They’re prescribed either alone, with an antipsychotic drug, or in combination with antidepressants. They primarily work to control hypomania or mania by calming hyperactivity in the brain.

It’s not fully understood how anticonvulsants work to treat bipolar disorder, but it’s thought that with regulating various chemical changes and neuromodulation they are able to reset the abnormal electrical discharges occurring in the brain.

Possible side effects of anticonvulsants to treat bipolar disorder:

However, antidepressants are also known to trigger manic episodes, so they most often would be prescribed in addition to an antipsychotic or mood stabilizer. The prescription and monitoring by an expert psychiatrist is needed in order to have a well regulated combination to address the complicated bipolar symptoms.

Possible side effects of antidepressants to treat bipolar disorder:

*NOTE: MAOIs are not often prescribed for bipolar disorder. The exception can be in cases where someone has had a less than optimal response to either SSRIs or SNRIs. Side effects of MAOIs might include sleep interference, reduced libido, increased appetite, gastrointestinal issues, dry mouth, or menstrual problems.

Benzodiazepine is an anti-anxiety medication that can help with insomnia or anxiety. Although they are a fast-acting sedative, they can take several weeks to be fully effective. They’re also highly addictive, so caution should be used, especially if you have a substance abuse history. These are used in conjunction with major mood stabilizers to address the anxiety symptoms that can be complicating the bipolar presentation.

Benzodiazepines are central nervous system depressants that work by slowing brain activity to help you gain control of anxious thoughts and symptoms. They’re not usually the main treatment for manic episodes, but they can be taken for a short time period.

Possible side effects of benzodiazepines to treat bipolar disorder:

There are a wide variety of medications used to treat bipolar disorder. The following bipolar medication list can help you understand the different types of medications a provider might prescribe you.

How to Get Bipolar Disorder Medication

Managing your bipolar disorder may mean multiple things. A combination of therapy and medication is often the most effective route. You should talk to your doctor if you’re thinking about starting bipolar meds or think they may be helpful.

Take the following steps if you’re looking for treatment with a bipolar disorder medication:

Should You Treat Bipolar Disorder with Medication?

Only you can make the decision about whether or not it’s time to begin medication to treat your bipolar disorder. The most important thing is talking to your provider and psychiatrist to help you decide and gather all the information you need.

Through your conversations, you’ll be able to learn more about the medications your prescriber might be considering. Then you can start to learn how each might affect you. You can also learn about other forms of treatment that you are able to pair with medication in order to get the best results.

If you are interested in finding the right medication to treat bipolar disorder, connect with a prescriber at Talkspace today.

How Much Does Marriage Counseling Cost?

Read More
Published on: 03 May 2017
As part of May’s Mental Health Month, we shared stories that raised awareness about mental illness and empowered… 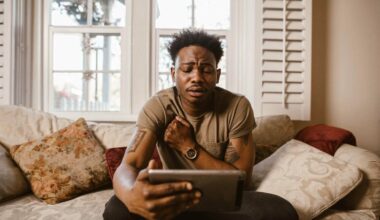 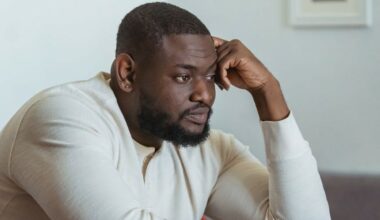 Read More
Published on: 23 Nov 2021
If you have ADHD and are finding it difficult to manage, you might be wondering when to see…