4 Ways to Ditch the Comparison Game on Social

The 26th president of the United States, Theodore Roosevelt, famously once said, “Comparison is the thief of joy.” This couldn’t be more true now that comparisons take place 24/7 online. When you compare, your view becomes distorted — you diminish your own value, disconnect yourself for your own life and relationships, and feel depleted — and yet we all do it and can’t stop.

Sometimes it’s scrolling through Facebook, wondering how every friend has been accepted to graduate school, gotten married and has a beautiful family, or snagged the perfect job. Or it’s thumbing through the black hole of the Instagram Explore page, jealous that everyone is poolside in Tulum except you.

The Scientific Link Between Social Media and Mental Health

A recent study in the Cyberpsychology, Behavior, and Social Networking journal found that Facebook use can be associated with lower self-esteem, poorer mental health, and greater body shame. Those who have left Facebook immediately experience a boost in life satisfaction and positive emotions.

Similarly, a few years ago, researchers from Lancaster University examined studies from 14 countries, with 35,000 participants over the age of 15, to determine the link between social media and depression. They found that frequent Facebook users often compare themselves with others, leading to overthinking and rumination, which can manifest to feelings of depression.

The study also found that feeling jealous of your Facebook friends, following individuals that bring on negative emotions (such as an ex), making negative social comparisons, and posting negative status updates are also predictors of depression.

How to Reduce Social Media Comparisons

The ugly side of social media doesn’t have to be its dominant side, however. Here are a few steps you can take to have a healthy relationship with social and get out of the comparison trap:

1. Know your triggers (and avoid them)

You may click on your social media apps innocently, but deep down you know when and where things start to take a turn for the worst. Is there a certain person that makes you feel inferior? Are there certain accounts you should avoid? People, places, and things that disconnect you with your own life don’t bring you value. Make a physical or mental list of those that produce envy and do your best to avoid them.

2. Reduce your time on social media

Managing your social media intake isn’t easy. We’ve become accustomed to scrolling through these apps to pass time and gather information, but also out of habit when we feel nervous or anxious. To make sure you’re using your social media time constructively, give yourself a designated amount of time (no more than 20 minutes a day) to check your social media accounts. Some apps, like Instagram, log this for you. You can also set screen-time limits specifically for social in your phone’s settings.

3. Try to figure out why you’re making comparisons

Oftentimes, comparisons are grounded in things we are self-conscious about. By analyzing what you’re letting your mind gravitate towards, you can make note of things you can change — in a positive way.

For example, it’s common to compare your physique to another’s. This can quickly spiral into an unhealthy habit, but if it’s something that’s on your mind, consider putting together a healthy plan with a therapist to eat better and exercise more. Instead of admiring someone else’s commitment to their well-being, focus on yours by eating cleaner and moving for 30 minutes a day, a few times a week.

4. Focus on quiet instead of noise

Meditating or sitting quietly when you realize your social media session isn’t being beneficial to your life can help put you back on the right path. If you sit with your thoughts and let them naturally come and go, you’ll feel more grounded than if you stay on the social media path and let your mind create more destructive and likely fictional stories.

Remember, the only person who it is fair to compare yourself to is you. Take time to ask yourself: Are you a better version of yourself today than you were yesterday? Have you improved in ways you wanted to from where you were a year ago?

Remember that envy isn’t a useful emotion, and measuring your life in comparison to those around you isn’t a positive practice. Make it a resolution to focus on yourself and what you have instead of what you don’t have — it’ll make you more content and less tempted to compare.

Is it Okay to Walk Away From Your Career for the Sake of Your Mental Health?

How to Manage When We Feel Overwhelmed 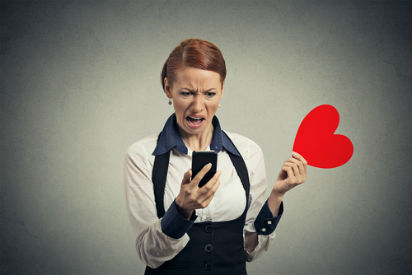 Read More
Check the news, blogs and yes, social media, and you can see people everywhere talking about how we… 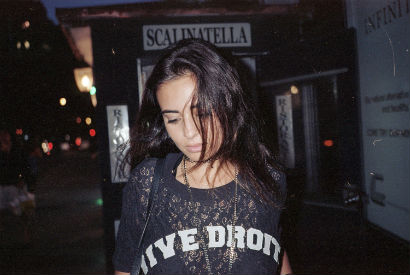 Read More
16-year-old Lilli Hymowitz has lots of money and more than 20,000 followers on Instagram but struggles to live… 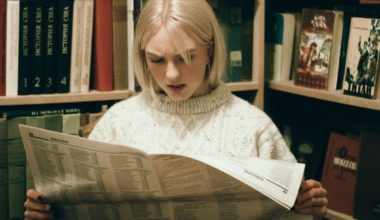