Experiencing emotional highs and lows is a normal part of being human. For those with bipolar disorder though, this experience is taken to a deeper level and can impact an individual’s ability to function in daily life. Someone who felt happy yesterday and feels sad today isn’t bipolar; bipolar disorder is a serious mental health condition, which disrupts regular moods for significant periods of time.

If you or a loved one is struggling, know that help is available. Many people with bipolar disorder go on to live healthy, happy lives. While bipolar disorder should be taken seriously, effective treatments and medications can help manage symptoms and implement healthy balance into daily life.

What Is Bipolar Disorder?

Bipolar disorder is a mental illness characterized by mood instability that cycles between extreme highs and lows. There are four different types of bipolar disorders: bipolar 1, bipolar 2, cyclothymic disorder, and unspecified bipolar disorder.

Different types of bipolar disorder have symptoms of mania and depression in varying degrees. This leads to fluctuations between emotional highs and lows that can seriously impact mental health and well-being.

On the other hand, depressive episodes feature debilitating low moods, feelings of hopelessness, disrupted sleeping and eating habits, and disinterest in normal activities. Depressive thoughts can often include obsessing over personal failures, feelings of guilt, and in serious cases, thoughts of self-harm or suicide.

It is typical for someone with bipolar disorder to cycle between mania and depression. They also tend to still have periods of normal moods in between these episodes.

What Differentiates Bipolar 1 from Bipolar 2?

While those with bipolar disorder all have disturbances in mood, psychologists differentiate between bipolar 1 and bipolar 2 disorders. Bipolar 1 disorder is when someone experiences a full manic episode at some point in their life, and may or may not experience depression. Bipolar 2 disorder is diagnosed in those with periods of depression and a lower grade of mania, called hypomania.

Even only having one full manic episode in your lifetime will be characterized as bipolar 1 disorder as compared to bipolar 2. Mania must last longer to be a full manic episode, one week or more; hypomania only needs to occur for four days to be an episode and considered part of bipolar 2.

Bipolar 1 disorder significantly impacts all areas of someone’s life because of the intensity of moods and behaviors that accompany this illness. Manic episodes impair regular functioning in most cases, making it challenging to complete daily tasks. Work, school, family, social, and personal life are all impacted by symptoms of bipolar 1.

Everyone’s experience with bipolar 1 will be different, but some find that mania can feel quite good, whereas the depression almost universally feels awful. This tug-of-war between emotional highs and lows can make life almost unbearably difficult. Fluctuations in energy, focus, motivation, and thoughts make stability in daily life almost impossible when bipolar disorder is left untreated.

Manic episodes are usually noticeable to others because of the severe personality changes and impulsive behaviors associated with it. Bipolar 1 can negatively impact relationships because it can be confusing and unpredictable for someone on the outside to understand or help.

How Is Bipolar 1 Diagnosed?

Psychologists and psychiatrists use the Diagnostic and Statistical Manual of Mental Disorders, 5th Edition (DSM-5) to diagnose all mental illnesses. To diagnose bipolar disorders, it outlines clear depressive and manic symptoms that must be present for a certain length of time. A doctor will typically conduct an interview and may do blood work and a physical exam to determine if someone has bipolar disorder or if they have another illness.

Mental health professionals consider the following criteria from the DSM-5 when diagnosing bipolar 1. According to the American Psychiatric Association, to be diagnosed with bipolar 1 disorder, an individual must have experienced a manic episode with three or more of the following symptoms lasting at least one week. Symptoms must be present most of the day, each day, for at least that week or more.

These symptoms must significantly impair regular functioning to be considered a manic episode. Bipolar 1 always includes experiencing at least one full manic episode.

Symptoms of depression include:

While it can be helpful to look at diagnostic criteria, a licensed mental health professional should always be the one to make an official diagnosis. There are other mental health concerns with similar symptoms that must be ruled out for an individual to be correctly diagnosed.

Cyclothymic disorder is another bipolar diagnosis, where symptoms occur for at least two years but are less severe than in bipolar 1 or II. Professionals can also diagnose someone with an “unspecified” bipolar disorder if the exact criteria aren’t met for a specific disorder but bipolar symptoms are present in a debilitating way.

Bipolar disorder can occur comorbidly with other mental illnesses too, such as anxiety, substance abuse, and eating disorders. These should also be taken into account in diagnosis.

It’s important to note that bipolar disorders can sometimes be misdiagnosed as borderline personality disorder, schizophrenia, or as major depression disorder alone. If you’re unsure if your diagnosis is correct, it can be helpful to get a second opinion from another provider.

Like most mental health conditions, the causes of bipolar disorder are complex and multifaceted. There is a mix of genetic, environmental, biological, and psychological factors that contribute to bipolar disorder.

Bipolar disorder tends to run in families; there is a genetic, hereditary basis for developing this illness. You’re also at a higher risk for bipolar disorder if someone in your family has it. Research has shown as much as 80 to 90 percent of those with bipolar disorder have a relative with the illness or with major depression.

While genetic predisposition is likely part of the cause, the onset of bipolar disorder can be triggered by stressful life events. It often takes more than family genetics to bring out clear manic and depressive episodes. When life stressors can trigger bipolar symptoms and become debilitating. On average, first episodes occur in early adulthood, around age 18, but onset can occur at any point in life depending on the individual.

Furthermore, research has found that brain structure and functioning are related to having bipolar disorder. People with bipolar disorder have a slightly different brain size and structure than those without the disorder. Although this information is not used in diagnosis, it may help provide future clues for treatment. For now, more research needs to be conducted to understand why this is the case.

How is Bipolar 1 Treated?

Bipolar 1 disorder is treated using a combination of medication, therapy, or both. A mental health professional can help determine the treatment that best fits the individual. Medication has been found to be mostly successful in treating bipolar disorders. Mood stabilizers, antidepressants, or antipsychotics can help curb the mood extremes and make it more manageable to function in daily life with bipolar 1.

Talk therapy is also an important part of treatment for many people with bipolar 1. This can include cognitive behavioral therapy, family therapy, or group therapy among other types. Therapy helps one gain understanding of the underlying issues connected to an individual’s bipolar disorder. It also teaches skills to manage symptoms, recognize triggers, and work on personal growth in order to better live with bipolar 1.

Personal lifestyle choices can also help with managing bipolar 1. According to the National Alliance on Mental Illness, finding solace in meditation, religion, family support, exercise, and other grounding practices can complement therapy and medication in treating bipolar disorder.

With treatment and support from others, those with bipolar 1 disorder can be high functioning, learn to cope with daily struggles, and have a stable, fulfilling, and happy life.

If you or a loved one believe you may have bipolar disorder, please seek out a mental health professional for diagnosis and treatment. Look for a psychiatrist and licensed therapist with specialization in bipolar disorders. They will be able to help you and determine the best next steps.
Knowing where to start when looking for providers can feel overwhelming, but Talkspace is here to help. Talkspace makes therapy accessible and affordable. If you’re looking to take the first step consider finding a therapist or psychiatrist with Talkspace to get started today.

Darcey Pittman is a writer and mental health advocate based in Brooklyn, NY. She has written for The Mighty, Yahoo, Adweek, Beating Eating Disorders, Invisible Illness, and Highly Sensitive Refuge, among other publications. Darcey is a graduate of New York University’s Journalism Institute. Learn more about her work at darceypittman.com.

A No Nonsense Guide to Setting Holiday Boundaries 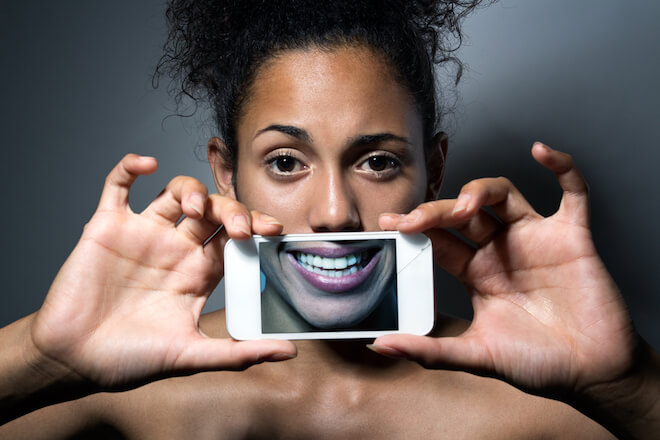 Clinically Reviewed by Amy Cirbus Ph.D, LMHC, LPC
Updated on 1/10/2022 According to the American Psychiatric Association, there are four major categories of bipolar disorder: bipolar… 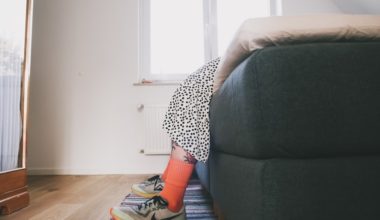 Read More
Published on: 29 Dec 2020
We might all enjoy the feeling of an elevated mood from time to time, but for those who…