When Talkspace CEO Oren Frank addressed the audience at our company’s clinical conference, The Future of Therapy, one of his opening lines was something no one expected.

“Over ten years ago, Roni actually left me,” Frank said

Oren had not prepared a formal speech, so no one knew what he would talk about. To the audience, his family and his staff, every word was a surprise.

His wife smiled, proud of her husband for engaging the audience in an interesting way.

“This was the point in life where we met Iris,” Frank continued, scanning the seats for his long-time couples therapist, Iris Reitzes.

“This is where Roni and myself fell in love with the profession called therapy or psychotherapy.”

After working with Reitzes, Oren and Roni built a happy marriage and raised two daughters. Roni left her career as a software developer to pursue psychology and the couple moved from Israel to the United States.

Oren wondered why the psychotherapy that had helped him was not more affordable and accessible. He spoke of the “American Dream” that had motivated him to immigrate.

“For millions of people, it’s an American Nightmare.”

Because of high prices, inaccessibility and flaws in the health care system, these people suffer with mental health issues and do not receive help.

To bypass this broken system, Oren and Roni designed Talkspace to work directly with the consumer. Clients don’t need health insurance to use Talkspace and can sign up quickly.

Oren believed connecting with therapists in any form was more important than the modality of therapy, so he and Roni wanted Talkspace to offer multiple mediums: text, video, audio and more. They did not intend to replace in person therapy, but they did believe Talkspace was necessary to help the millions of people who could not see a therapist in an office.

“Half of the people using Talkspace have never been to therapy before, and would have never gone to therapy if Talkspace did not exist. For us, this is the fulfillment of what we are setting out to do.” 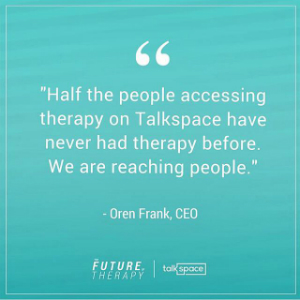 Despite this success, Oren still encounters people who do not think therapy is valid. One of his reasons for hosting the conference was to eradicate these doubts.

“We are here to say, ‘Yeah. Therapy is amazing.’ We want to make sure people understand that, and this is a method for us to fight stigma and remove it.”

Another motivation for hosting the conference was seeking help from other companies in the health care space that are innovating to provide more accessible care. These companies include Oscar Health, Mobile Health Interventions, PillPack, Pager and Stride Health.

On that note, the conference commenced.

Check out some of our related posts and conference coverage if you are interested in learning more about the future of therapy:

Everything You Missed at the 2016 Future of Therapy Conference 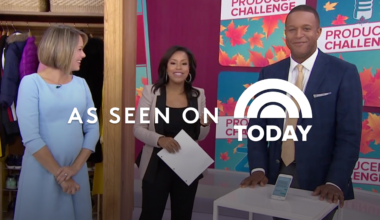 Read More
Published on: 20 Sep 2019
September is “Self-Improvement Month,” a convenient reminder to start — or continue — prioritizing yourself and your mental… 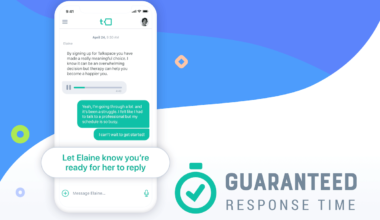 Read More
Published on: 13 Jun 2019
At Talkspace one of our primary missions is to continuously improve the quality of our service — to… 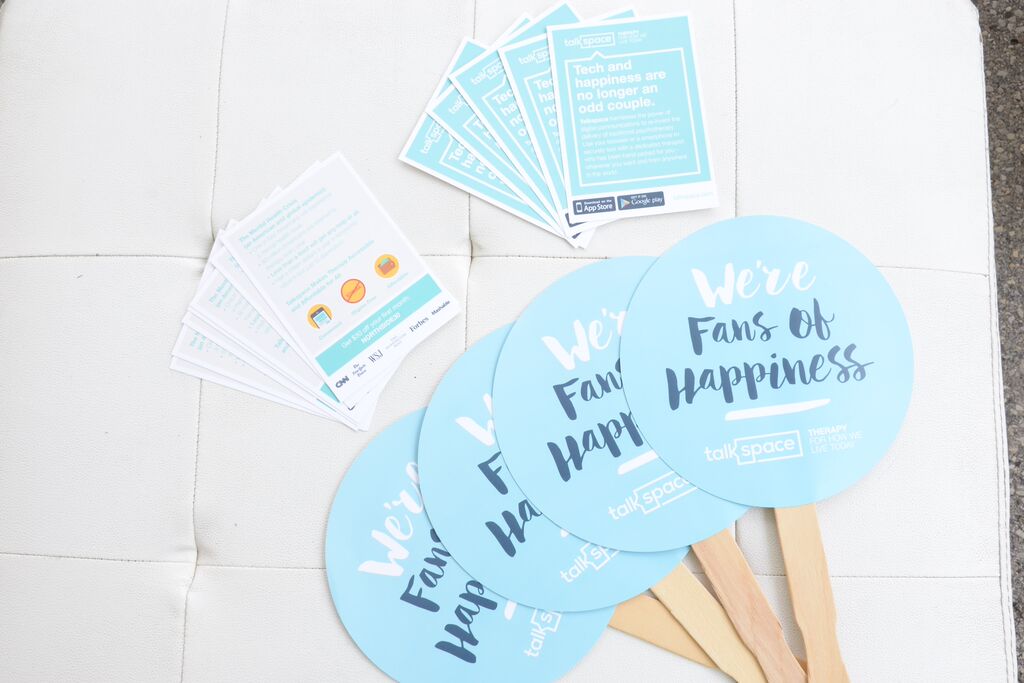 Read More
Published on: 22 Jun 2015
As temperatures continue to rise, so does the excitement at Talkspace headquarters! The second week of June proved…