The Grief Competition: My Time at the Death Cafe

Sprinting down a crowded New York street is inherently cinematic. More than once, I’ve imagined myself on the big screen while running to catch a bus. Secretly, I love the hustle. Moving faster than those around me, looking harried and focused, is a way of silently communicating what I’d never say aloud: Look at me! I’m going places! Watch me pass you by!

October 2013, approximately four years ago: I’m clomping down Sixth Avenue, weaving through the Midtown after-work crowd, my water bottle and empty Tupperware clanging together in my canvas tote. I’m en route to a mediocre Chinese restaurant to talk about death with a bunch of strangers, and I’m running late, as usual. But running late to a Death Café feels like a hackneyed metaphor, a body in motion a painfully prescient reminder of the end destination.

For those unfamiliar with it, the Death Cafe movement is a humble concept turned worldwide phenomenon. Gather a group of people who want to discuss mortality, provide a private space, food, and a trained leader, and start talking. The monthly meetings are free and open to the public with a suggested donation. I think the food cost all of $11.00. Participants are encouraged to share their personal experiences. Existential angst is optional but welcome, at least at the Manhattan meeting.

Get help recovering after loss. Sign up for grief counseling today.

By the time I arrive, Death Cafe is in progress. Both China Sun restaurant and the people in it are relics from bygone 80s New York: Frosted hair, black lacquered bar, Wes Anderson vibe. I head up to the second floor, where round tables perfect for family-style dining are filled with grievers, healers, and observers. This, I think, is my tribe.

The attendees, about 15 of us that day, are split into small conversation groups. Waiters bring noodle soup and scallion pancakes. I practice active listening and make eye contact as we go around the table introducing ourselves and explaining what brought us here. One woman about my age reveals she has a life-threatening autoimmune disorder, another is working on a documentary about losing a sibling, inspired by her brother’s death in childhood. A middle-aged woman explains she doesn’t want a drawn-out death, like her mother’s, and tells us that there’s a place in Switzerland (or maybe Scandinavia?) that does euthanasia for a few grand. The group casually banters about assisted suicide as if we were discussing where to get a flu shot. I sit quietly, afraid of crunching my scallion pancake too loudly in the middle of someone’s harrowing story.

Next, a gentle older man shares a made-for-television love story in his thick New York accent. He met his wife in early adulthood, they married other people, got divorced, reconnected years later, and married one another, and now she’s dying. I don’t remember of what. All I remember is how much he loved her.

It’s my turn. My own loss — my father, to cancer — suddenly seems unremarkable. Banal, even. In a room where death and grief are common denominators, I’m not the only one with a gaping wound. In this context, grappling with grief and actively searching for meaning doesn’t make me special. It makes me cliché.

The baseline at my table is profound loss. Coming to Death Cafe, I expected catharsis and sympathy. Instead, listening to other people’s stories spurred a disconcerting realization: Even in suffering, I’m competitive. I don’t want solace. I want to win by having the most irreparable loss.

Sitting at Death Cafe, I felt ashamed. Grief, as I saw it, was something to vanquish. If it was the enemy, I was the heroine, stronger after a long struggle. I wanted to banish grief in part because I did not want my father’s death to define my twenties. I wanted people to see my accomplishments, or sense of humor, yet nothing felt as pronounced or lasting as grief. Instead, the opposite happened: by battling against grief it shaped me fully. In the same way an unbending tree is gnarled by mighty winds, my desire to be saddest made me a little twisted. I brandished grief like a badge of honor because I couldn’t figure out the middle ground between having loss mean everything, and having it mean nothing at all.

Death cafe’s popularity, I believe, stems from the fact it captures the paradox of death and grief: Hearing highly specific stories about loss also illustrates its universality. After a session or three, I soon realized that striving to be the girl with the saddest story meant that I didn’t have to work toward a different goal: figuring out what, exactly, I was hurtling toward in this life with such force. It meant dealing with my own loss, doing the work of healing. Stopping equaled mortality, and on some level shifting my grief — I don’t believe we ever get over a loss, it simply moves from foreground to background — meant recognizing my own mortality. But I needed to be reminded that I had — have — a full life to live, which is why I went back to Death Cafe again, and again. 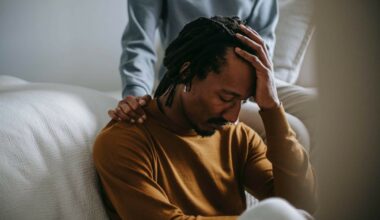 Clinically Reviewed by Karmen Smith LCSW, DD
Wondering ‘what is complicated grief’? Or how does it differ from other types of grief? You should know… 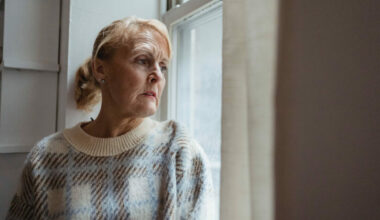 Clinically Reviewed by Ashley Ertel, LCSW, BCD
Updated 3/7/2022 Grief is a very common, yet largely misunderstood, aspect of life. At one time or another,… 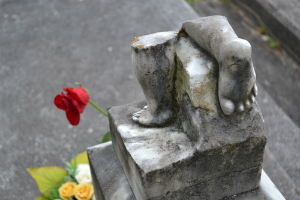 Read More
Published on: 03 May 2016
“Why do I still feel so sad,” my client said. She was crying in my office after losing…