Because therapist Irvin Yalom has practiced psychotherapy for more than six decades, he has witnessed and played a role in the evolution of therapy.

Dr. Yalom is the professor emeritus of psychiatry at Stanford University, a renowned existential psychotherapist, the author of bestselling novels and psychology books, and one of Talkspace’s clinical advisors (he works closely with our head of clinical development, Nicole Amesbury). 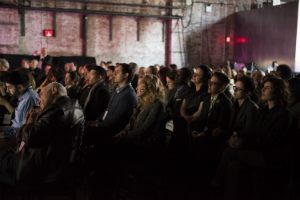 He delivered the keynote address at our clinical conference, The Future of Therapy. Yalom told the story of his career in psychotherapy and how he watched the profession transform through several stages.

The Near-Death Experience that Made Dr. Yalom a Psychologist

When Yalom was 14, his father had a coronary. He seemed close to death.

Doctors still made home visits during Yalom’s childhood, so he and his mother were stuck waiting rather than being able to rush his father to the hospital. Meanwhile, Yalom’s mother blamed her son for the illness.

“You killed him,” she yelled.

As Yalom wished the accusations would stop, the doctor arrived and began treating his father. He tousled Yalom’s hair and encouraged him to borrow a stethoscope to listen to his father’s heart.

Yalom appreciated the relief, and the doctor inspired him to pursue a career in medicine. He saw it as a way to pass on that healing.

While waiting to become old enough to attend medical school, Yalom fell in love with literature and philosophy, particularly the works of Leo Tolstoy and Fyodor Dostoyevsky. To combine his love of medicine with the psychology and philosophy authors such as Tolstoy presented, Yalom became a psychiatrist.

Moving from Psychoanalysis to Existential Psychology

“It was a costly lesson in a way, but I thought that there’s got to be a better model than that, so I began relating much more personally,” Yalom said. “I began disclosing more of myself to patients.”

After reading the work of existential psychologist Rollo May, Yalom realized he could further improve his practice by integrating the ideas of eastern and western philosophers such as Satre, Camus, Kafka and Nietzsche.

Yalom believed death was an important existential issue that caused anxiety for many clients. To work with people who already had death on their minds, Yalom saw patients who had been diagnosed with cancer. He then realized these issues went beyond terminal illness and into common problems such as the nature of life, retirement and losing loved ones.

To build a framework for developing his existential psychology, Yalom proposed four “givens” [existential problems all people deal with]: isolation, meaninglessness, mortality and freedom. Yalom fully explores this in his book, “Existential Psychotherapy.”

Witnessing the Evolution of Psychotherapy

As Yalom practiced psychotherapy throughout the decades, he noticed shifts in the field and how they related to his career. Here are a few of the major changes he discussed in his speech:

The Fluctuation of Storytelling in Medicine and Psychology

Doctors and researchers often become lost in numbers, lab results and diagnoses rather than thinking about people. As a professor at Stanford, Yalom has consistently stressed the value of storytelling and focusing on individuals. He has recently seen a resurgence in case studies that consider the patient’s story, not only the symptoms and numbers.

Therapy Has Gone Beyond Psychiatry

Connecting with Talkspace and the Change of Heart on Online Therapy

aBefore connecting with Talkspace, Yalom had a client who wanted to continue seeing him despite moving far away and to a remote location without access to therapy. Yalom was reluctant to try online therapy, but he found Skyping with her to be effective. 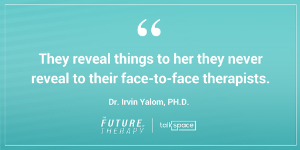 This made him open to the text-based approach and other mediums Talkspace offers. As he connected with Talkspace and began working with Head of Clinical Development Nicole Amesbury, Yalom observed several merits of the platform:

Dr. Yalom’s Vision for the Future of Therapy

Yalom believes psychotherapy will exist forever. The modalities and integrations with medicine will change, but the essence of helping clients is eternal.

He may be in this eighties, but Yalom’s story and contributions to psychotherapy are far from finished.

Everything You Missed at the 2016 Future of Therapy Conference 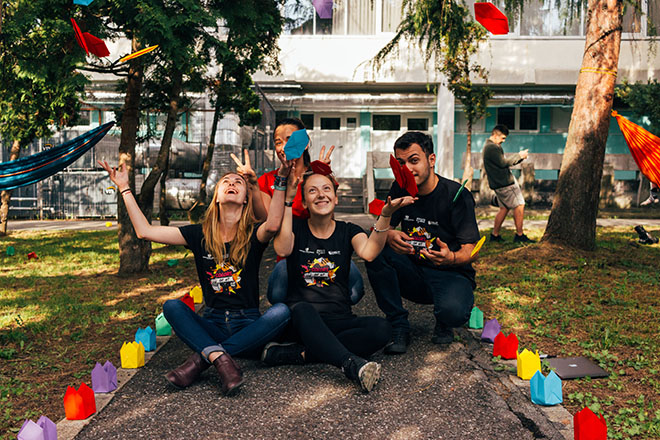 Read More
Published on: 08 Apr 2019
Millions of Americans are affected by mental health conditions every year. According to the National Alliance on Mental… 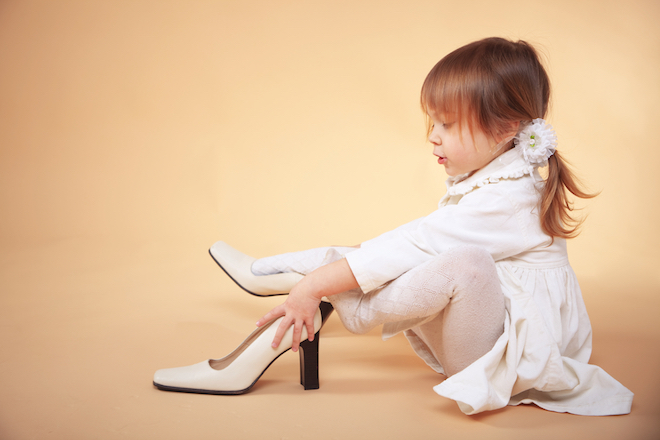 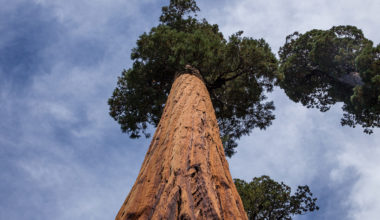 Read More
Published on: 23 Jul 2019
In a therapeutic relationship — just like any other relationship — feelings shift over time. Sometimes in therapy,…