April is Sexual Assault Awareness Month (SAAM), and this year the National Sexual Violence Resource Center (NSVRC) is marking the 20th anniversary of SAAM with their “We Can Build Safe Online Spaces” campaign. This initiative is focused on issues such as online consent and building stronger, safer communities online. One of the ways you can support this campaign and signify your solidarity with sexual assault survivors is by wearing teal, the color of sexual assault awareness, and posting a selfie on social media with the hashtag #SAAM2021.

“Sexual Assault Awareness Month isn’t just about raising awareness; it’s also about prevention,” said Laura Palumbo, Communications Director at NSVRC. “We can stop sexual harassment and abuse before it happens by addressing the bigger picture in which it occurs. The ‘We Can Build’ campaign calls on leaders and individuals to play a role in creating safe online communities and stepping in when harmful behaviors occur online.”

Though SAAM wasn’t officially declared until 2001, the movement to prevent sexual violence extends much farther back in history. Fights for gender equality gained prominence during the civil rights era, with Black women such as Rosa Parks raising issues regarding both race and gender.

The first rape crisis center opened in San Francisco in 1971 when finally, domestic and sexual violence were slowly starting to come out of the shadows. The following decades saw calls for legislation and mobilization, culminating in the passage of the landmark Violence Against Women Act in 1994. The law was a milestone — it was the first comprehensive legislation in the U.S. built to prevent violence against women.

The NSVRC, founded in 2000 by the Pennsylvania Coalition Against Rape, polled sexual violence groups across the country, asking which symbol, color, and month would be most appropriate for a national sexual assault awareness campaign. In April 2001, the first official Sexual Assault Awareness Month took place as a result of these efforts.

Every year, the NSVRC gathers feedback before they decide on a theme. Past themes include “Embrace Your Voice,” “I Ask,” “Engaging Bystanders,” “Prevention is Possible,” and “College Campuses.”

One of the primary motivations of SAAM is bringing sexual violence into the light. It’s long been a topic people are afraid of discussing. Despite its prevalence, there’s still a commonly held belief that sexual violence is something that only happens in the dark, an act of violence perpetrated by depraved strangers.

As Talkspace therapist Rachel O’Neill articulates, “I think one of the biggest misconceptions around sexual assault is the stereotypical image of it being something that happens in a dark alley between strangers or something that always involves force. The reality is, sexual assault happens regularly; every 73 seconds someone is sexually assaulted, 1 in 6 women have survived an attempted or completed rape, and 55% of sexual assaults occur in or near the victim’s home. These statistics underscore the prevalence of sexual assault and, quite literally, how close this epidemic hits to home.”

In addition to the 1 in 6 women who have survived an attempted or completed rape, 1 in 10 men have been victims of sexual coercion. According to a 2018 NCVS survey, 734,630 people were raped (threatened, attempted, or completed) in the United States in 2018. In short, sexual assault affects all of us.

We Can Build Safe Online Spaces

The internet has changed the world completely: it is a place  where we conduct business, financial transactions, consume culture, and find significant others. Our dependence on the internet became even more pronounced during the COVID-19 pandemic, in which the internet became essential to our daily social, professional, and romantic lives.

There are many ways to participate in SAAM. NSVRC is holding an Instagram contest, #30DaysofSAAM Challenge, in which there are daily prompts to encourage people to voice their support of sexual assault awareness. Participants are eligible to receive daily prizes and will be entered to win a grand prize at the end of the month.

Additionally, you can download graphics, such as Zoom backgrounds and Instagram Story templates, and find online events, such as virtual 5ks and self-care sessions. You can also access digital resources on how to keep kids safe online and learn how to navigate the tricky issue of digital consent boundaries.

Denim Day has been an important component of SAAM throughout its history. This campaign has its origins in Italy, when a court determined that because a victim was wearing “tight jeans,” she must have helped her rapist remove them, thereby implying consent. The day following the ruling, women in Italian parliament arrived to work in jeans, expressing solidarity with the victim and women everywhere who are subjected to judgments based on what they were wearing at the time of the crime. Denim Day 2021 is April 28 — wear denim to express your support of ending misconceptions regarding sexual assault.

Besides for the month of April, there are other year-round opportunities that exist for you to get involved in the movement to prevent sexual assault. Opportunities include volunteering at your local rape crisis center and donating to community efforts.

If you’ve experienced sexual violence, it’s important to know you can speak out and seek help. Rachel O’Neill says, “It’s okay to ask for help. Often, the first step in reaching out to seek support is the most difficult; however, taking this step can be an important step in the process of recovery. While therapy can be helpful for many who are coping with trauma related to sexual assault, others may find help in other places, such as a support group.”

The Rape, Abuse, & Incest National Network (RAINN), organizes the National Sexual Assault Telephone Hotline, which is a referral service that can put you in contact with your local rape crisis center. You can call the Hotline at 1-800-656-4673, or access RAINN’s online chat service.

Therapy is another vital resource that will hep you to process sexual assault. Consider speaking with a licensed Talkspace therapist regularly. Online therapy is a convenient and affordable way to begin to get help. Know that you are not alone in this; we are here to support you.

6 Quotes About Anxiety & What We Can Learn From Them

What Is Sexual Assault? 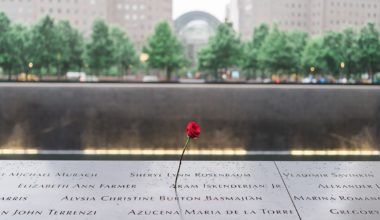 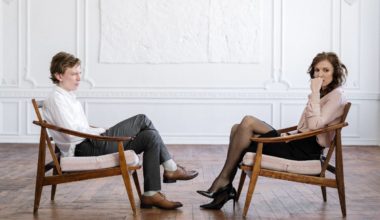 Read More
Published on: 28 Oct 2020
When you’re working with a therapist, the time is yours. You shouldn’t be concerned or worried about how…

Clinically Reviewed by Jill E. Daino, LCSW-R
Not only does trauma have many different causes, but people can respond to it in several different ways.…