Is it OCD? OCD Versus Everyday Worries

I’ll never forget how my life with OCD began.

I’m lying on the bottom bunk of the bed my grandfather made, surrounded by stuffed animals and my well-loved blue blanket. I close my eyes in the dark room and carefully fold my hands together, placing them above my head. I begin my nightly ritual.

It starts with a prayer, listing my mom, dad, brother, grandparents, cats, rabbit, all my family, and asking for them to be safe. I repeat this list over and over until it feels “just right.” Then I can move onto the next section, where I ask forgiveness for my sins and ask for help to be a better person, repeating the phrase in a manic hushed voice in my head until it’s “right.” Then comes the tricky part — the Lord’s prayer.

If it’s not perfect I will be punished. My parents will die. My pets will die. My grandparents will die. Some nights I promise I will read 10 chapters out of the bible if my dad gets home safely from work. I count the cars that go by looking for “signs” from the universe that things will be OK.

I must use the same fork every night, even volunteering to set the table daily just to make sure it’s at my place setting. If I don’t have the fork with the bamboo pattern on the handle then something terrible will happen. Every step of my 10-year-old life is a measured set of obsessions and compulsions.

When I finally get to therapy at age 21, it becomes obvious very fast that I have obsessive-compulsive disorder, but to me, it all seems normal. Little did I know I had a treatable mental health disorder — that’s just how I always was. In retrospect, I wish I had known much sooner that my dysfunctional anxiety and resulting behaviors weren’t how other people experienced the world.

Turns out though, wondering or not knowing the difference between OCD and more common worries is a question many people find themselves asking.

Obsessive-compulsive disorder is identified by two parts: intrusive thoughts and images, followed by repetitive behaviors to neutralize the anxiety of unwanted thoughts. These repetitive behaviors, or compulsions, only temporarily relieve anxiety, which locks a person into a constant cycle of unpleasant obsessive thoughts followed by compulsive actions to try and manage the heightened level of anxiety.

For example, a person may fear contamination will lead to contracting a deadly illness. As a result, they may wash their hands repeatedly to alleviate the discomfort of the obsessive thoughts, to the point their hands became red and cracked. Compulsions aren’t limited to washing. They can also include checking, such as making sure a door is locked many times before leaving the house, counting, seeking constant reassurance, and hoarding, among others.

According to Bruce Hyman and Cherry Pedrick in The OCD Workbook, an estimated 2.5 percent of the U.S. population lives with a form of OCD. Typically the onset occurs before the age of 25 and rarely after 35. Indeed, OCD is one of the most common mental illnesses in children, and it’s the “fourth most common psychiatric diagnosis” overall. Due to the stigma and shame that often accompany OCD — many sufferers realize their actions are illogical but still can’t stop — Forbes columnist Kavin Senapathy found that on average it takes someone 7 to 10 years before they seek help.

To complicate matters, nowadays, “I’m so OCD” is thrown around regularly as a cultural catchphrase, which only makes people wonder: When do actions such as straightening out the silverware or checking and re-checking a text message before sending it cross the line into OCD? When does anxiety about a child’s welfare go from a common parental concern to something more? What is the difference between OCD thoughts and behaviors and everyday worries?

How To Tell If Your Thoughts Are OCD

Dr. Debra Kissen, Light on Anxiety clinical director and chair of the Anxiety and Depression Association of America Public Education Committee, says the easiest way to spot OCD is “when the behaviors start to interfere with regular life” and when the thoughts and behaviors seem to take on a life of their own.

Someone with OCD who worries about forgetting to turn the oven off, for example, may not be able to check it just once. They will likely have to go back repeatedly, which can take minutes to hours until the anxiety reduces enough that the person can move on to their next activity. If the cycle continues, anxiety about the oven can take so much time that a person is late for work or decides not to leave the house at all.

As the Diagnostic and Statistical Manual of Mental Disorders notes, “The obsessions or compulsions are time-consuming…or cause clinically significant distress or impairment in social, occupational, or other important areas of functioning.”

In addition, Hyman and Pedrick write that although everyone worries from time to time, even sometimes excessively, “the worries resulting from OCD differ in that they are usually senseless and irrational, and ignoring them makes the person feel anxious and nervous.” And though people without OCD can also be compulsive, “the compulsions of people with OCD are senseless and repetitive and are performed to dispel anxiety.”

Kissin relates that the difference between OCD and everyday worries gets asked often, and can’t be self-diagnosed because the obsessive thoughts related to OCD are not outrageous. It’s not the fear of something like “aliens coming down,” but rather anxiety about events that could actually happen, such as getting sick or something bad happening to loved ones.

What To Do If You Suspect OCD

If you’re concerned that your worries or actions might be caused by OCD, or consistently wondering how to stop intrusive thoughts, the best course of action is to seek out a professional opinion. This can be helpful, whether it’s a trained therapist or even, as Kissen suggests, “starting with your primary care provider.” They will be able to supply an official assessment, diagnosis, and treatment plan, which may include therapy, medication, or both.

One of the most effective treatments for OCD is exposure and response prevention therapy (ERP). ERP exposes you to the thoughts, images, or situations that cause fear while not taking compulsive action to relieve the anxiety. Using our stove example, in ERP you might be asked to only check the stove one time. While this will cause high levels of fear at first, over time when the house does not burn down after checking the stove once instead of 12 times, the anxiety lessens. With repeated exposures, eventually the symptoms of OCD will no longer control a person’s life.

Even if you have suspicions that you or a loved one’s worries may be a little more than just common anxiety, reach out for help and know you’re certainly not alone. If it turns out you have OCD, with the right support and a little hard work, it doesn’t have to rule your life.

In fact, “OCD is one of the most treatable mental illnesses,” Kissen tells Talkspace, “so there’s hope.”

What is Schizoid Personality Disorder?

How Mindfulness Therapy Can Improve Your Mental Health 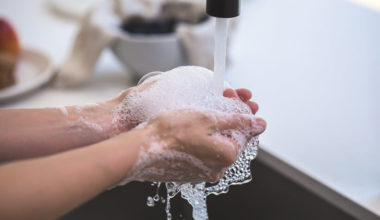 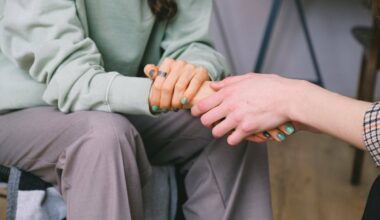 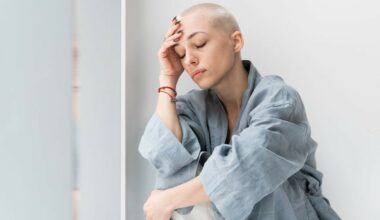 Read More
Published on: 23 Nov 2021
Obsessive-compulsive disorder (OCD) is a specific type of anxiety disorder where frequent behaviors and thoughts can have a…