Asylums. Insulin shock therapy. Metrazol shock therapy. Electric shock treatment. All miracle cures for mental illness, right? If you read the newspaper in the 1940s, you might think so.

While reporting on the “high standard of psychiatric care” at new facilities at the Hillside Hospital in Queens, NY, in October 1941, The New York Times wrote, “The hospital has pioneered in the use of insulin and metrazol, and also in the electric shock treatment, which has proved useful in shortening the average stay of patients.”

“The electric treatment, they say, at least is not unpleasant, so the patient may be more inclined to cooperate with the physician in future treatments,” said The New York Times in 1940.

If you think these treatments sound more like a horror film, there’s a reason.

By the time 9 out of 10 American asylums were utilizing electroconvulsive shock therapy on their patients, according to Mary de Young in her book Madness, the 1948 film The Snake Pit was ready to rip open the doors on the shocking world of overcrowded asylums and their harsh conditions. The film is based on Mary Jane Ward’s novel of the same name, which captured her experiences at the Rockland Psychiatric Center in New York. She didn’t hold back, and neither did the Academy Award-winning film.

In the story, a young woman becomes confused and hallucinatory. She is administered electric shock treatments in an asylum until her psychiatrist uncovers the trauma that caused her mental illness. But as The New York Times wrote in their review, “This subject is dynamite. Faint or susceptible people might find it extremely hard to take.” The public’s first glimpse into the treatment of mental illness wasn’t pretty.

“Their picture…is a true, illuminating presentation of the experiences of a psychotic in an institute,” wrote The New York Times in 1948. “It is a cryptic but trenchant revelation of a crying need for better facilities for mental care.”

One Flew Over The Cuckoo’s Nest

Just as The Snake Pit’s indictment of the mental health system helped public perception of mental health treatment evolve, so too did Ken Kesey’s 1962 novel and later the 1975 film, One Flew Over The Cuckoo’s Nest.

Following Randall McMurphy (played by Jack Nicholson in the film), a criminal who escapes prison labor by getting committed to a mental asylum, One Flew Over The Cuckoo’s Nest threw into relief the questionable ethics of treatments such as electroconvulsive shock therapy and asylum life in general. As a result, a public sea change occurred against psychiatry’s methods.

“One Flew Over The Cuckoo’s Nest…swayed public opinion the most,” writes de Young. “The effect of this film on public attitudes about electroconvulsive shock treatment, let alone about madness and asylums, was considerable: in post-screening surveys, the majority of audience members considered it barbaric and punitive and would refuse to allow an institutionalized family member or friend to undergo it.”

And this film had an effect on mental health itself, as just a year after Kesey wrote the novel, former President John F. Kennedy signed into law the Community Mental Health Act, which began the desistintulization movement that would dismantle asylums and transform mental health treatment through the 1990s.

“The film generated a general distrust of hierarchical medical institutions and helped to modify many of psychiatry’s medical practices over the years,” writes Will Reckase.

But this wasn’t all a positive change. While the horrible conditions in asylums and cruel treatments were rightly questioned, these films also stigmatized people living with mental illness.

“For many mental health professionals the book and film also had a negative effect,” writes Jon Swaine. “A 1983 study involving 146 university students found ‘considerable negative changes in attitude’ towards people with mental health problems among those who had seen the film.”

Both The Snake Pit and One Flew Over The Cuckoo’s Nest demonstrate that pop culture, especially film and TV, has a great impact on the world around us. It can provide a look into the lives of those who are different than us, swing popular perception toward new viewpoints, and even change laws. That includes mental health treatment.

So what does this mean for mental health treatment today? How has film and TV impacted current popular perception of mental health?

Perhaps the biggest change Mramor sees is in destigmatizing mental illness and treatment. Unlike One Flew Over The Cuckoo’s Nest, which negatively impacted getting help, shows led by addiction treatment expert Dr. Drew and mental health professional Dr. Phil have helped reduce the stigma of seeking treatment.

While shows such as “Dr. Phil” are limited in their reality — the shows only lasts an hour and don’t portray the full complexity of therapy — it shows that modern mental health treatments are humane and it’s acceptable to openly discuss your problems.

“Dr. Drew and Dr. Phil have really allowed people to see that mental health is not something that’s to be hidden,” says Mramor. “It’s really made mental health an everyday kind of thing, and people are much more likely to enter into therapy because of it.…It takes the stigma off of mental health treatment.”

Portrayals of mental health treatment, especially therapy, have a prominent place in many favorite films and TV shows, such as The Sopranos, Fraiser, Monk, The United States of Tara, The Newsroom, Unbreakable Kimmy Schmidt, Crazy Ex-Girlfriend, You’re The Worst, To The Bone, The Monster Calls, The Keepers, and 13 Reasons Why, among many others.

Sometimes the portrayal of therapy in these shows is more for gags, such as Kimmy Schmidt’s alcoholic therapist played by Tina Fey in Unbreakable Kimmy Schmidt, and sometimes it’s more serious like Dr. Melfi as Tony Soprano’s therapist in The Sopranos. Yet in all genres, the stigma of seeking therapy is reduced because if our favorite TV characters willingly enter into mental health treatment and can navigate mental illness, then surely we can too.

Plus, seeing these characters enter care, even if the portrayal is heightened for entertainment, gives us a small window into what we can expect. It’s no longer the asylum nightmare of The Snake Pit, or the electroshock terror of One Flew Over The Cuckoo’s Nest. TV and film reflects the current reality of our world, which includes much better mental health treatment.

This reflection isn’t perfect, however, as sometimes pop culture glamorizes serious mental illness issues, raising questions about the responsibility of TV and film in how they portray mental health, because it does have a strong influence on those watching.

For example, Netflix’s 2017 show 13 Reasons Why details the reasons why a teenage girl died by suicide, as she leaves behind cassette tapes for all those who hurt her to listen to. The series includes a graphic scene depicting the main character Hannah’s suicide. This led to a heated media discussion about how TV and film portray mental illness and their responsibility to reduce harm, in this case suicide contagion.

While show creators asserted 13 Reasons Why was meant to start a conversation about suicide that could save lives, a study published in JAMA Internal Medicine in July found that Google searches on suicide and how to die by suicide increased by 20 percent in the 19 days following the show’s release. Regardless of where you fall in the debate, there is no denying the power of a show’s influence on how we view mental illness.

“TV does have that strong influence, particularly with mental health,” says Mramor. “I think we really have to pay close attention, and [do] what I call conscious viewing, because otherwise the influence is very strong, very clear.”

From The Snake Pit to One Flew Over The Cuckoo’s Nest to Dr Phil, 13 Reasons Why, and many more examples, the history of mental health has been chronicled through film and TV. For better or worse, pop culture impacts our mental health treatment system and the public’s willingness to seek help. It’s a good reminder to be mindful in your watching, but to pay attention to how mental health is portrayed.

5 Ways To Improve Your Body Image, Confidence, and Mental Health 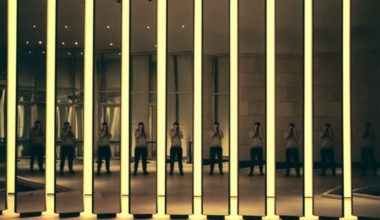 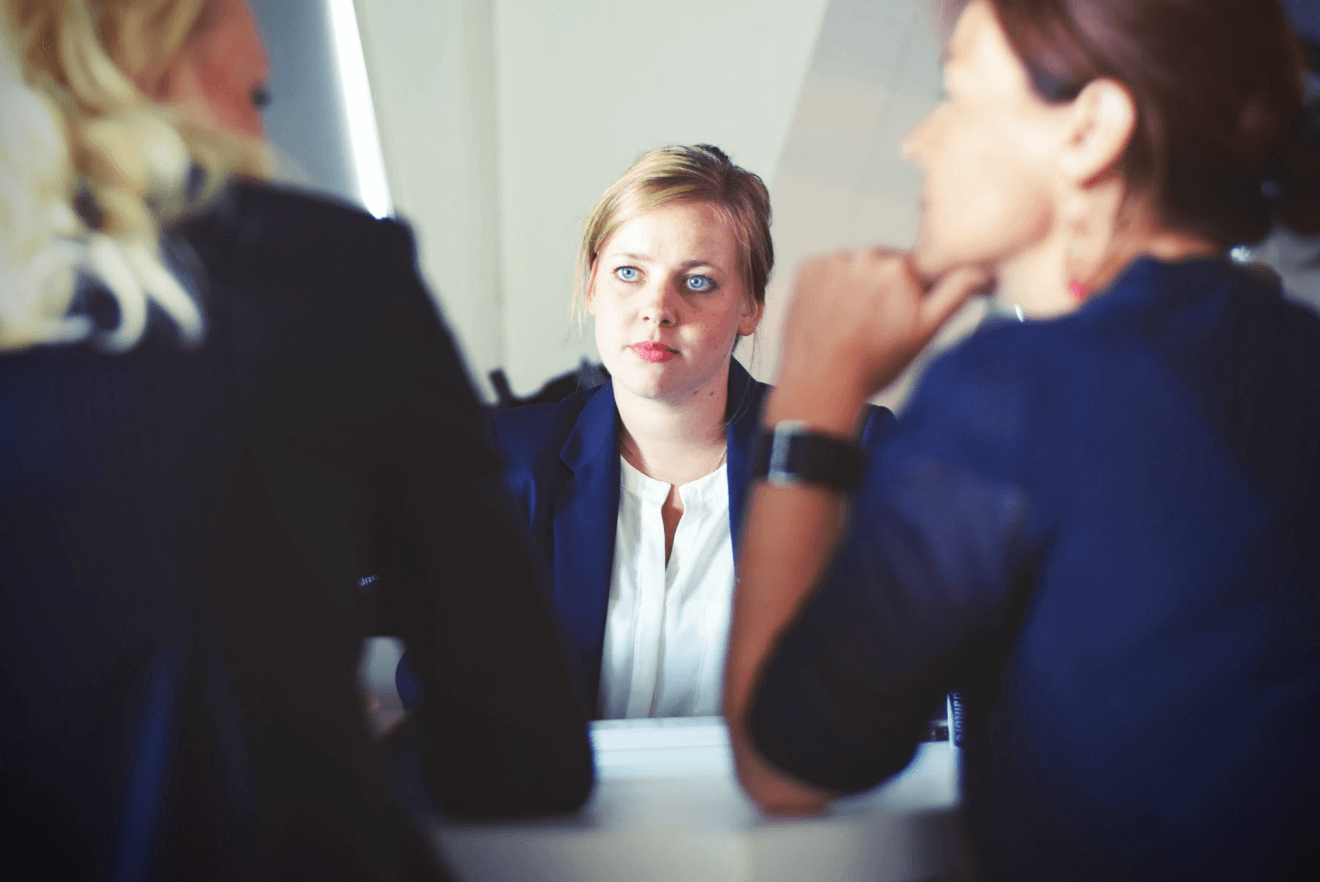 Read More
Published on: 31 Aug 2017
Unfortunately, there is still a lot of stigma surrounding mental health issues. It can be hard to determine… 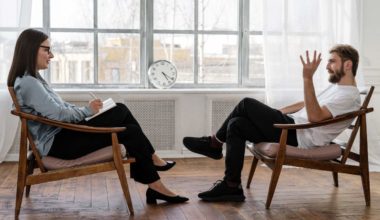