What If No One Likes the New Me After Therapy?

When I started therapy, it seemed like it was only about feeling better, expelling the poison of my depression and anxiety, and learning to manage my symptoms. After a few months, however, I realized I was changing bit by bit, becoming a better version of myself.

The first time I noticed was when this editor marked a draft of a piece I had been working hard on with a bunch of negative comments, some of which attacked me personally. Once I finished reviewing her criticisms, I began fuming and typing a defensive reply. The desire for retribution briefly overtook my ability to think logically. All I could think about was making her rue the day she insulted me.

Right when I was about to send a response that surely would have made the situation worse, I stopped. To calm down, I took some deep breaths and left my desk for a bit. It was a beautiful summer day and my office was near Bryant Park in New York, so I took a walk, my rage dissipating with each step. When I returned, I was able to reply politely and use the feedback to improve my writing. The outcome was refreshing because the old me would have gone on a digital rampage. I was surprised that self-improvement was actually a major component of working with a therapist.

At first this revelation was exciting. Therapy seemed like an opportunity to modify parts of myself that had held me back in my career and dating life. My irreverence, lack of a verbal filter, poor understanding of social dynamics, and vulgar sense of humor had frightened women away and given supervisors reasons to exclude me from meetings and projects.

Back then I had been ruminating on a specific incident when my supervisors had allowed everyone on our team but me to interview a potential new hire. When I asked my boss and co-workers if they had excluded me because they were worried my eccentricities would scare the candidate away, they patronized me and offered flimsy excuses. It was obvious they were lying to spare my feelings. If I made progress in therapy, maybe I could advance in the workplace.

Then an existential, anxiety-inducing conundrum crept in. The aspects of my personality and behavior that had interfered with my work and relationships were still a part of who I was. Even when I cursed my inability to tame my tongue, I thought I was a good person and did not need to drastically change.

Many of my friends had gravitated toward me because they liked my brutal honesty and juvenile humor. If therapy helped me mature and succeed in the workplace and dating pool, would I still have the qualities that had attracted friends? Would people like the new me?

Improving so I could more quickly reach career and relationship goals, but doing so without changing beloved parts of myself, seemed impossible at first. The process felt like remodelling a house without moving any furniture. It was as difficult to knock down walls in the living room while keeping the couch and TV exactly where they were as it was to filter myself without losing my sense of humor.

Many therapy clients experience similar conflicts. People in addiction recovery, for example, often feel like they can’t spend time with the friends they used to drink or do drugs with. There is a risk of friends thinking their sobriety makes them a different person.

Eventually I opened up to my therapist about my concerns regarding the possibility of change. He said I was conflating self-improvement with fundamentally transforming my personality.

A significant benefit of therapy is learning life skills and gaining insights that will help achieve goals and be at peace. What I needed was to develop more self-control in certain situations and settings. There wasn’t a problem with who I was. It was only a matter of managing my actions. The irreverence and vulgarity were there to stay.

Since then friends, family members, and co-workers have occasionally noticed the results of my journey of self-improvement. When they perceive small differences in my behavior, mannerisms, or beliefs, they usually acknowledge the changes as something positive. My progress has not been off-putting or alienating for anyone. Most therapy clients have similar outcomes.

Unfortunately there are times when people do not react well when their loved ones change their behavior. Sometimes they assume the change means they can’t be as close anymore or have the same relationship.

Therapist Erika Martinez has worked with many clients who focused heavily on attachment issues that affect behavior and relationships. Because these mental health problems often stem from emotional neglect or abuse from caregivers, some clients interact differently with their parents as they make progress in therapy. Sometimes parents notice and respond negatively, causing tension. When this happens, Martinez is there to help her clients cope with stress and worries about losing relationships.

If self-improvement puts a strain on some of your relationships, it most likely means those relationships were not entirely healthy or positive. Decide which connections are worth maintaining and which are not sustainable. The people who will bring the most happiness are the ones who ultimately choose to support your growth — maybe even grow with you. 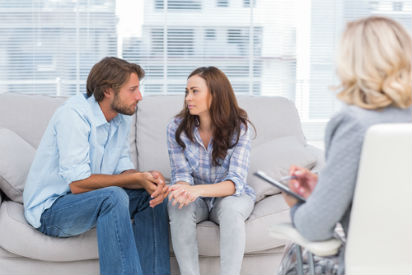 Read More
Published on: 26 Aug 2019
We all know romantic relationships are hard work. Like cars, they require regular maintenance to keep them running… 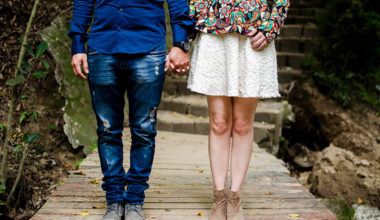 Read More
Published on: 10 Jul 2019
If your relationship is on the rocks, breaking up isn’t the only option: couples counseling can salvage a…