I was sitting on my couch, watching him sleep, sleep oh so peacefully, in my bed. It couldn’t have been rape, I thought, no one rapes someone and then sleeps over. I’d been waiting for the sun to come up, my computer on my lap, searching the internet for the closest Planned Parenthood. The air in my studio apartment felt thick and soggy. I don’t remember the weather, the season, only that I felt bone cold and at the same time like my skin was made of fire and would burn anyone who tried to touch it. He hadn’t used a condom, hadn’t listened when I’d said I didn’t want to have sex. I was confused by the slow and metered breaths moving in an out of my mouth; I felt calm, pragmatic even. I needed a morning after pill, I needed to get information about being tested for STDs. If it had been rape, I wouldn’t be making lists, I’d be a wreck, I thought.

Planned Parenthood opened at 8 a.m. and I wanted to be there as soon as the doors were unlocked. I woke him up, told him I had a meeting to get to. It was a lie, but I needed him to leave. I needed to get dressed to go out, start crossing things off my list; the curdled feeling in my stomach might go away if only I could cross some things off my list. He said he’d call me later and I knew I’d never pick up. Not that day or ever again. He kissed me on the cheek, I flinched. I wondered if he could feel me flinch. Rapists don’t kiss you goodbye on the cheek. Maybe it was just a bad date? I didn’t scream after all, I said no, I said it repeatedly, but I never screamed. And I never fought, never hit or punched. He had held my arms down, but my legs were free, it couldn’t have been rape if I didn’t try to kick him. He’d said, “It’ll only take a minute, I’ll be done soon.” And it did only take a minute. And then he rolled over and went to sleep. I got up, naked from the waist down, took a shower, scared and shaken, feeling voiceless and insignificant. I put on sweatpants and a sweatshirt and sat on the couch with my two cats curled up beside me, waiting for morning.

In my cab downtown to the clinic, I went over the night again and again in my head. The details moved fast, a zoetrope of the last nine hours. It had been late, 11pm when he’d called to say he was in the neighborhood and could he stop by. I told him to come over. I liked him; he was handsome and tall and funny, maybe a little too buttoned-up for me, maybe a little too blonde, too preppy, but we had friends in common and had been having a nice time together. We were just two dates in, only starting to get to know one another. I was happy to see him when he arrived at my door. We each had one Corona and looked for something to watch on TV. The options were limited—no cable—and we settled on Spy Kids 2. No one gets raped watching Spy Kids 2, I kept thinking, as if that could change what had happened. I couldn’t remember who kissed who first, but it might have been me. I’d wanted to kiss him.

I told the woman at Planned Parenthood the condom had broken; I didn’t want to seem irresponsible and say we hadn’t used one, that he hadn’t used one. She wrote me a prescription for Plan B (you still needed one in those days), told me to make an appointment with my OB-GYN for an STD test, and I left. I almost turned around to go back and tell her what really happened; I suddenly felt like I wanted to tell someone, but I worried I’d sound foolish and so very weak. I hadn’t fought. I hadn’t screamed.

For months, I found myself wanting to talk about it, but I was always too embarrassed. What had happened felt like such a violation of my body, but I remained reluctant to call it rape. I thought rape was only something that happened in dark alleys, it was a violent torture, a fight for your life, scream for help, knife to your throat assault. It was a stranger grabbing you.

What had happened to me had been quiet, in my own bed, quick and vulnerable, but not violent. I eventually told an old friend, and I watched as she grew uncomfortable. She said it didn’t sound like rape, we’d probably just had too much to drink. One beer, I wanted to say to her. I’d had one beer, I wanted to shout. She changed the topic as quickly as possible. I felt unheard and furious. I questioned, not for the first time, why my voice was so unimportant. And somewhere deep down, after months of living with this grey trauma, holding it in, heavy and consuming, I knew then what it was. It was rape.

It was almost a year after the incident before I finally told my therapist. The sense of smallness I lived with had become unbearable and I no longer cared about the feeling of humiliation that threatened me any time I came close to talking about that night. I needed someone to look at me and hear me as I spoke. I needed a witness to my pain, to my experience. I still wondered if I had done something wrong, something to cause my date to behave as he did. I was desperate to hear someone tell me it wasn’t my fault and my therapist did exactly that. In all the years I spent in therapy, it is maybe the only time I remember him telling me precisely what I wanted to hear, and I never needed it more than I did then. He helped me to have the confidence to share my story with other friends, all of whom listened, judgement-free, and many of whom shared their own tales of trauma.

Over the years, the more women I’ve told, the more stories I’ve heard in return. We are all so connected in our experience, in our doubt, our shame, our rage. The times men have taken without asking, touched when we’ve said no, grabbed, kissed, held us down, we carry these moments with us, vowing never to let it happen again. And I’d like to say it didn’t. But that wouldn’t be true. Not three years later, a dear friend decided his desires were more important than mine, my “no” drowned out by his wanting. I knew what to call it this time, and yet I resisted for a while, carrying blame that only belonged to him. We had dated in the past, slept together before, we’d spent holidays together, I didn’t fight for my life, didn’t call the police. Once again, it was the women I met, the people I shared with that helped me take the burden off my shoulders and find strength in the release. I was an imperfect victim, but that didn’t make what happened that night any less real; the details of our relationship didn’t change what he had done to me.

There are many reasons we’re reluctant to come forward, to talk about the things that have happened, the things we wish were different. So often we’re not believed or heard, and sharing with someone who turns a deaf ear can feel like experiencing the assault all over again. Often, we try to protect those who love us by keeping these traumas inside, not wanting their hearts to hurt as much as ours. We protect our attackers. Maybe they didn’t know what they were doing, we think, or maybe it’s just too hard to believe a friend could hurt us so deep. And we worry we might too be culpable, even if only in some small way; we have spent our whole lives hearing that our short skirts, our lipstick, our decision to go out, our walking home alone at night, our inviting a date over at 11pm are the causes of men’s bad behavior. That we, because we smiled, because we said yes to one drink, are the cause. 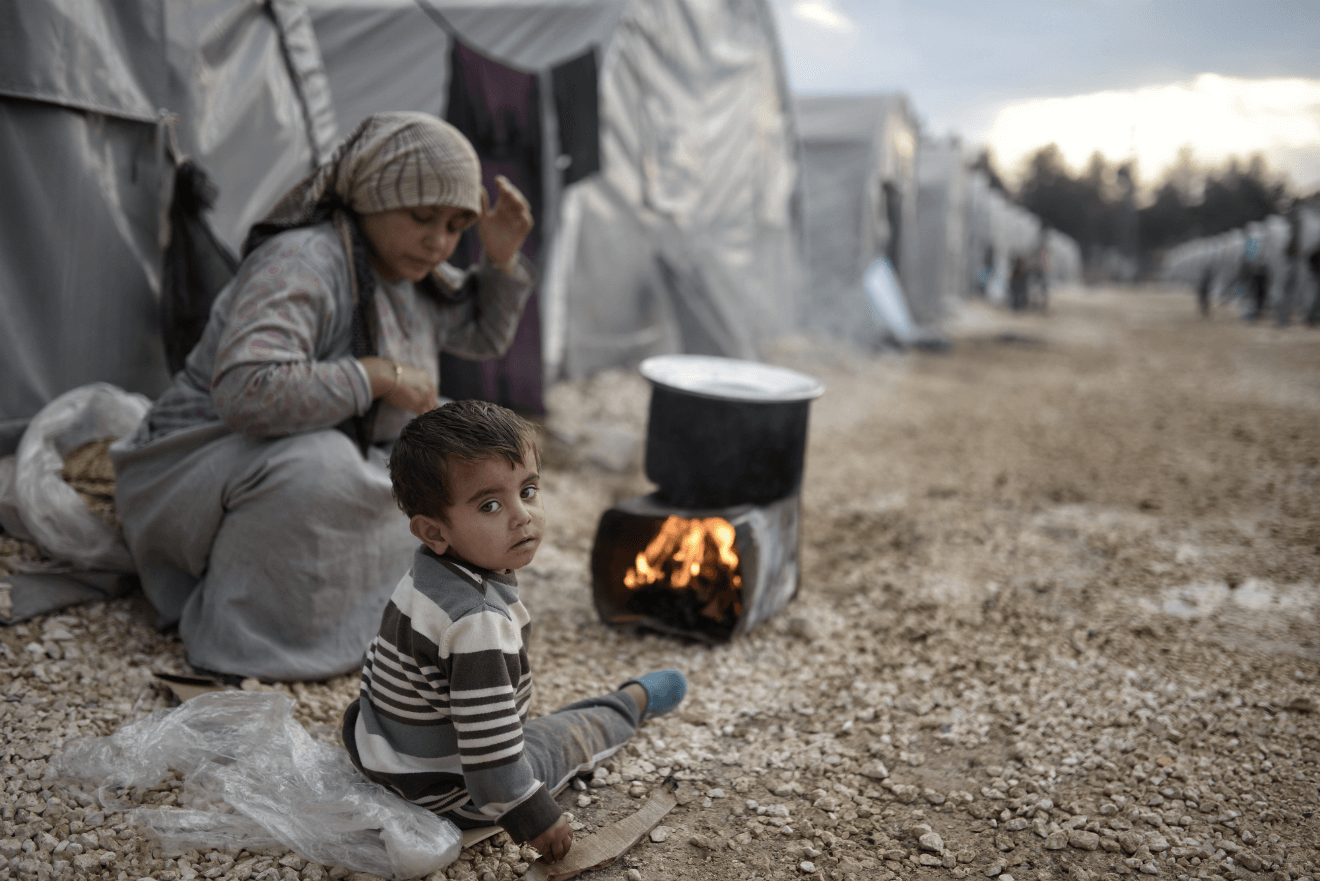 Read More
Published on: 22 May 2017
Even when refugees remove themselves from the imminent physical dangers of war zones, their problems are far from… 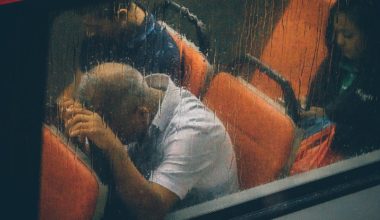 Clinically Reviewed by Cynthia V. Catchings LCSW-S
Two years ago, my car hydroplaned during a heavy snowstorm and crashed into another car. While my car…

Read More
Published on: 14 Jun 2018
My boyfriend and I lay in bed, his fingers twirling my chest hair as we talked about our…