While there is greater acceptance of LGBTQ identities than in previous decades, there is much more progress to be made in order to improve the lives and mental health of queer people. This is especially true in matters of employment.

Whether or Not to Come Out

One primary challenge for LGBTQ people in the workplace is navigating the decision whether or not to be “out” at work, allowing their coworkers to know more about their personal lives outside of work. While queer acceptance has become more mainstream, it is nowhere near as normalized as heterosexuality. This cultural deficit places anxiety and undue pressure on LGBTQ people to decide whether or not to come out at work, and how to continuously navigate being out in the workplace.

Many people who live openly in other areas of their life may not feel safe coming out at work due to fear of prejudice and unfair treatment from peers and management. This burden contributes to ongoing anxiety, worry, and fear that negatively impacts the lives of LGBTQ people on a daily basis. This type of stress (minority stress) affects all people of oppressed groups, but many who live at complex intersections (for example: Black, queer, or disabled) are particularly vulnerable.

Unfortunately, there is good reason to fear retribution for being openly queer at work. About half of the states in the United States do not offer employment protection against discrimination for LGBTQ people. This statistic affects all queer people, but has a dramatic impact on transgender and non-conforming people who experience alarming rates of underemployment.

According to the National Transgender Discrimination Survey (2016), which surveryed over 27,000 trans and gender non-conforming people:

These statistics negatively contribute to the economic, health and psychological well-being of trans people. Other queer folks (LGBQ) may experience similar incidents as well. This leads to more negative health outcomes overall, with queer people also being underinsured, limiting access to appropriate health care to receive necessary treatment and support.

To date, 26 states and 3 territories offer no state protections for gender and sexuality discrimiation in the workplace. That means that many of the negative experiences highlighted above would result in a hostile workplace without protections for workers. Protection on the federal level has made its way to the Supreme Court.

The lack of protection across the states is increasingly more concerning as more states also work to enact so called “religious freedom” practices that could protect employers for denying employment and other benefits to LGBTQ people.

In October 2019, the Supreme Court heard cases of LGBTQ employment discrimination to determine whether or not Title VII of the Civil Rights Act also prohibits discrimination based on gender identity and sexual orientation. The law currently refers simply to “sex”.

Advocates argued cases about terminations experienced by two gay men and one transgender woman, Aimee Stephens, who maintainted that she was fired after notifying her employer of her desire to live openly as a woman after working for the company for several years. As of this writing, we have yet to receive the Supreme Court’s ruling on this highly contentious issue.

By advocating for better policy nationally, and states taking action themselves, we can ensure that we offer the legal protections necessary to limit underemployment of LGBTQ people. Additionally, strong policy sends the message that all people are entitled to the same opportunities in employment, regardless of gender identity or sexual orientation. This kind of precedent sends a strong message of acceptance of LGBTQ people who often fear rejection preemptively, on both social and employment fronts.

Additionally, more companies and organizations can work to promote the mental health and overall wellness of LGBTQ people by adopting anti-discrimination policies and health coverage within their own organizations. It’s important that workplaces are open and accepting places for all people, especially for those under threat.

Rape is an Economic Crime: The Case for Mental Health Restitution

The Mental Health Costs of Code-Switching 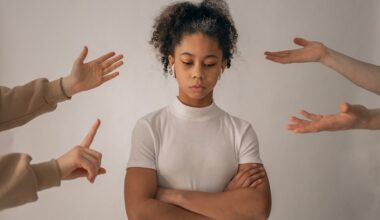 Clinically Reviewed by Reshawna Chapple, PhD, LCSW
When a person’s internal racial identity doesn’t match what others see, it can lead to a form of…