A Day in the ER: Hitting Rock Bottom with My Anxiety

As part of May’s Mental Health Month, we shared stories that raised awareness about mental illness and empower those who suffer from it. This piece is part of our Darkest Day series, a collection of stories from people who’ve made it through the worst of their illness and now light the way for others. #LightYourWay

Every morning before work was exactly the same. Prior to getting out from under the covers, I spent time dreading the day that was ahead of me. I’d look out my window at the downtown Manhattan skyline — it no longer brought me joy. Then, I’d cook scrambled eggs and toast, only to take one tiny bite of each before dumping it all in the trash. This was my life as a 21-year-old who had everything going for her. But, with crippling depression and anxiety, it didn’t matter.

Each day in the summer of 2015, when my mental health was at its shakiest, I got weaker and my clothes got baggier. I had no desire to eat, which is how I knew something was seriously wrong. One morning in August, I woke up weaker than usual. What did I expect? I’d barely eaten in days. How could I when I felt so horrible? I could barely get out of bed, and when I did, I thought I was going to topple over. My mind raced, I was petrified.

Leaving my building, my hands trembled. Every step seemed to be a step closer to passing out. Before even getting to the street corner, I decided going to work wasn’t physically possible. Quickly but cautiously, I walked back to the entrance, one hand gripping onto the building’s exterior, and told the security guard I needed an ambulance. I was mortified.

When the EMTs showed up, I squeezed my eyes shut because I didn’t want to see the way people looked at me. “Normal” young adults in business casual attire were speeding through the lobby—I could hear them. I didn’t want their looks of pity, disgust, or curiosity. All I wanted was to be invisible. I was a good person, got good grades in college, and never did anything to hurt anyone. I kept asking, What did I do to deserve this? Why me? In the ambulance, even with two attentive EMTs hovering over me, I felt incredibly alone. Listing off the new medications I’d been taking and the subsequent side effects, I felt crazy.

When we arrived, I was rolled into a curtained-off room in the ER. A nurse promptly stuck me with a needle to administer an IV. I watched the liquid drip out of the bag into the tube, trying to follow it as it entered my arm. The AC was on full blast, causing my frail body to shake. I had told my doctor a few days prior that I was feeling extremely ill. Apparently, I’d feel better once my body adjusted to the meds, but it seemed like that was never going to happen, and every side effect in the book was plaguing me. It was too ironic: The pills that were supposed to make me better landed me in the ER.

I curled into a ball with my IV arm out straight, not even trying to hold back my tears. When I realized the bag was finished, I looked down at my arm, and blood was flowing out of my vein back into the tube. I sat up, reaching for the curtain to look into the lobby, but didn’t see anyone.

I thought, I’m gonna die right here in the ER. More irony. Many times, I’d imagined dying, but I never imagined dying this way. I laid back down and told God that if I was gonna die, just let it happen now. I closed my eyes and reopened them, but I was still alive. I sat back up, faster this time. Holding back the cloth, I waited and stared into the empty ER. Finally, someone appeared at the reception desk a few yards away. I called for help, but the woman didn’t flinch.

“EXCUSE ME. I NEED A DOCTOR!” Still no response. “RECEPTIONIST. I NEED A DOCTOR.” It was a nightmare: Crying and calling out for help, but no one could hear me. How was this real?

After audibly begging for help a couple more times, she stood up, asking what was wrong. Apparently no doctors were available. I’d have to wait. What kind of emergency room was this?

After what felt like an eternity later, a nurse came in and told me the blood leakage was normal. Then he set up a new IV bag. He walked out, but I called after him.

“Is there a button I can press in here to call someone?” My voice was shaky. “In case something bad happens?” He looked at me, confused, and asked, “What do you mean, if something bad happens?” Instead of giving him a list of a million bad things which could happen in the next thirty seconds alone, I told him I didn’t know. He didn’t understand—as a person living with anxiety, with my thought process, every second feels like an emergency. Where was his sympathy? Just because he couldn’t see my mental illness, didn’t mean it wasn’t real. Why wasn’t he taking me seriously?

When the doctor finally came in to see me, his diagnosis was that I was severely dehydrated. His orders were to eat, drink, stop taking the Prozac I had just started a couple days ago, and see a new psychiatrist. I wasn’t dying after all.

The next Monday, I returned to work. I knew the only way I was going to get better was to face the situation and my anxiety head on. My coworkers seemed genuinely worried. They were concerned, not condescending. One even confided in me about her own anxiety! Later, I saw a doctor who performed genetic testing, helping us understand why certain medications were having no effect on my mood and causing terrible side effects.

Starting with a tiny dose, I began taking Paxil. The dosage increased very slowly to ensure I wouldn’t experience harsh side effects, and I was surprised to realize this method was actually working. When the fall semester rolled around, I was seeing a new therapist and adding another medication, Lamictal (a mood stabilizer) into my drug cocktail. I wasn’t feeling amazing, but I was feeling better. Finally, I was eating normally, expressing my emotions healthily, and not feeling so broken anymore.

I learned I couldn’t let one horrible day dictate the rest of my life, or make me live in even more fear. My new mantra became, “If I got through that day, I can definitely make it through today.” Instead of being sheepish and ashamed of my mental illness, I opened up about it, and others followed suit. Soon after, I started doing something I never thought I’d do in a million years: I began sharing my secrets with the whole world on the Internet. Messages poured in from strangers and friends thanking me for sharing and revealing their own mental illness struggles. These messages made me feel like, finally, I was doing something right (aside from sticking to my therapy and medication regimen).

It’s often said that everything happens for a reason. For half of my life I cried about my anxiety, asking the universe for explanations of my suffering. What was the point? Recently, it hit me. Maybe, the point is to have the power to make even just one person on the other side of the computer feel like they’re not the only one hurting.

While I haven’t felt as alone as I did in the ambulance that day, since I’ve starting opening up about my anxiety, I’ve felt a lot more supported and less anxious. And if I can get through yesterday, I can definitely make it through today.

What Is a Mental Health Counselor?

The History of Hysteria: Sexism in Diagnosis 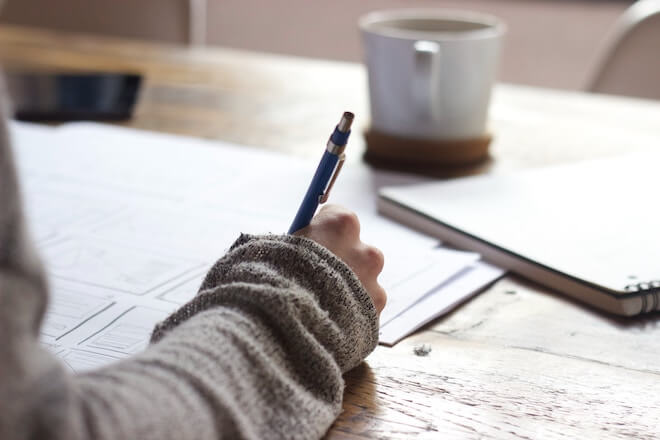 Read More
Published on: 04 Sep 2018
For many people, college is a time when they come into their own. College gives you the opportunity… 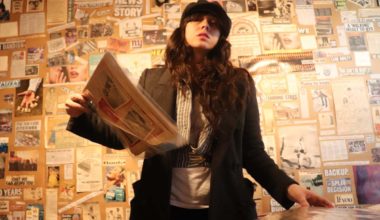 Clinically Reviewed by Cynthia V. Catchings LCSW-S
It’s a simple fact that many things are out of our control. These things range from mundane issues…