Before high school, I rarely felt insecure about my appearance. Other than the typical adolescent female itch to look more like a Barbie doll (smoother skin, whiter teeth, blonder hair, a smaller nose), I was, surprisingly, at peace with my body. I was much taller than most of my classmates (5’9” since age 11), but my parents and their friends reassured me that soon, I would be thankful for my height, and that my friends might even be jealous.

Expectedly, I soon became a lanky 13-year-old with an insatiable appetite for pizza, and had no qualms about eating half a pepperoni pie every day after school as a snack. My friends complained about their “flabby” stomachs while they did crunches together on playdates. I hate exercise, I told them.

Despite what now seems like an exaggerated commitment to being “chill” about my body, I was aware from an early age that self-image issues plagued most women, and tried my best to be critical of my conditioning and wary of the signals I received from pop culture. I had always taken notice that my mom ordered salad with dressing on the side at restaurants whenever we went out to eat. Other moms ate cake at their kids birthday parties, and mine never did. I decided that I would be the kind of mom who shamelessly ate dessert with her kids.

I knew Britney Spears’ abs in the “I’m a Slave 4 U” video were supposed to be aspirational, and wondered if my thighs were bigger than most people’s after watching Paris Hilton wear fitted overalls in The Simple Life. Still, I tried my best not to care about thinness. I saw my resistance as a pledge to something bigger than myself, something political. Of course, I didn’t have a vocabulary for that at the time.

Diagnosed with Obsessive Compulsive Disorder (OCD) and anxiety at age 9, I had found other ways to act out my control issues over the years. Compulsive cleaning, arbitrarily measuring objects in my room with a metric ruler, counting to the number four repeatedly in my head whenever I walked somewhere. These were my preferred rituals for coping, and I gripped them tightly to maintain feelings of safety, security, and control in my daily life. Calorie counting had never occurred to me as another option on the menu of obsessive-compulsive habits.

That year, my parents were having serious marital problems, and our family temporarily fell apart. I felt my world spin out of control and wasn’t able to eat much for a few weeks, all because of anxiety. Pounds fell off my body, and I found comfort in the weight loss. There was something soothing about seeing the effects of starvation. As I progressively lost more weight, it felt like I was regaining ownership over my experience. It was also a convenient coping mechanism: rather than feeling sad or scared or angry, I spent each day feeling hungry. Being able to endure that hunger made me feel heroic. Unfortunately, I was the hero, villain, and victim all at once.

Although I was in therapy during this time, which I now identify as the period of my first bout of (self-diagnosed) anorexia, I was in denial that I even had a problem. I never mentioned my fear of food to my therapist, as I never acknowledged any of my new habits to myself. When my therapist asked me how and why I’d lost so much weight, I calmly told her I’d taken up running. Initially in therapy for anxiety and OCD, I explained that my newfound love of long runs was a sign of great progress — a habit I’d developed to boost my mood and keep my ruminations in check. (I wasn’t lying; exercise can have a positive effect on the symptoms of OCD and anxiety, but my explanation was a central piece in my denial-mechanism.)

In other facets of my life, I continued to construct a web of lies. “I’ve already eaten,” I would tell friends. “I got a parasite in Ecuador,” I told my American History teacher, who regularly expressed concern about my sudden weight loss. I didn’t want help. I had found a way to play God with my body. Anorexia may have made me feel hungry and physically weak, but it also made me feel mentally invincible. I wasn’t going to just give that up.

Over the next two years, I gained back the weight I’d lost and returned to a “normal,” healthy weight for my height and build. I don’t remember exactly when or why I lost the discipline to continue starving myself, but I remember the weight gain happened gradually, the byproduct of bending “rules” here and there over an extended period of time.

Though I’d been the same-ish weight for my whole life, my post-anorexia body felt massive and grotesque, like a monster suit I was inhabiting but couldn’t fully embody. Since I was still ashamed to acknowledge my eating issues and body anxiety to my therapist, my only outlets for expression were casually complaining “I’m so fat” to close friends, my sister, and my mom.

Having spent so much time worrying about me, they were all relieved that I’d started eating again, and didn’t know how to respond. So they assured me I looked great, and tried their best not to say anything triggering, aware that I was obviously grappling with body image and food.

During that time, I re-established the habit of eating relatively normally — that is, without severe restrictions or rules — but my mind was still rattled with obsession. I thought about food constantly, even as I was disgusted by my appetite. I was afraid of eating around other people, worried both that they would “force” me to eat a triggering food, and that they would think I was fat. I felt both suffocated by my body but also at a distance from it, like it was something I was being asked to dissect in biology class.

I was desperate to identify something or someone outside of myself to blame for my loss of control. I made an appointment with a thyroid specialist and insisted that I was having metabolic dysfunction. When my blood test results showed that my thyroid function was, in fact, OK, I headed to Amazon to explore the market for diet pills. Occasionally, I bought amphetamine-based stimulants (e.g. Adderall) from classmates at school, who I knew had prescriptions. I wasn’t starving myself, but my thought patterns were almost as dangerous as starvation.

That first wave of healthy, necessary, post-anorexia weight gain was the real beginning of my “journey” with body dysmorphia (aka body dysmorphic disorder, aka BDD). According to the most recent Diagnostic and Statistical Manual of Mental Disorders (DSM-5), BDD is a disorder characterized by a person’s obsession with a real or perceived flaw, which they typically respond to with exaggerated attempts to hide or fix it. The DSM-5 considers BDD as part of the obsessive–compulsive spectrum, and distinguishes it from anorexia nervosa, though the two often coexist (often alongside anxiety, depression, and other mood disorders). In my case, anorexia predated body dysmorphia, as it wasn’t until my dramatic weight loss (and subsequent gain) that I felt so radically uncomfortable and disembodied at my normal weight.

High school wasn’t the end of my battle with anorexia, and I still deal with body dysmorphia to this day. But enumerating the details of my various chapters of weight loss and gain wouldn’t be a terribly gripping story. In summary, the last decade of my life has been punctuated with three more episodes of acute anorexia, stitched together with an ongoing body dysmorphia. At my normal, healthy weight, I often feel crippled by obsessive (and irrational) thoughts about my body and feel like a stranger in it; when I’m painfully thin, I am barely able to function in my social or professional lives, but am buoyed by my capacity for self-denial. Having the illusion of such control strangely makes me feel more “at home” in my body.

It’s been four years since my last period of weight-loss, and I am finally at a point where I want to continue existing at my normal weight. That doesn’t mean that I feel totally comfortable in my body. On some days, I still feel like a monstrous form has taken over; on others, I am pretty OK. I no longer starve myself, and actually eat quite normally — healthy but not restrictive. No more diet pills or Adderall. Most people don’t even know I face body dysmorphia. It may have a complicated name, but it’s not always so extreme. Part of stripping away the stigma from mental health issues involves showing that they come in all shapes and sizes. It’s a spectrum.

Like anxiety about anything, the severity of my body dysmorphia ebbs and flows in unpredictable ways. I am thankful to now be working with a Cognitive Behavioral Therapist who gives me support and accountability as I practice developing thought habits and behavioral patterns that encourage me to feel more free — not only when it comes to food and body image, but most other aspects of my life.

Examining my history of self-diagnosed anorexia, my current therapist and I spend more time talking about general anxiety and my distorted body image, rather than eating habits themselves. Those with body dysmorphia tend to be consumed with thoughts about their real or perceived flaws, and often engage in compulsive behaviors to try and soothe their anxiety about their self-image.

Needless to say, having someone else talk to me about my own body dysmorphia has helped put my thoughts and feelings about my body into perspective, and helped me create distance from the abusive thoughts that have kept me unhealthy for so many years. When I hear my body dysmorphic voice descend upon my thoughts, I now simply try to tell it that I’m unavailable. Distancing myself from those thoughts, rather than believing them without question, has been a huge step in my healing process.

How I Finally Learned to Manage My Anxiety While Traveling

How Much Effort Do Women Put Into Coping With Sexual Harassment in a Day? 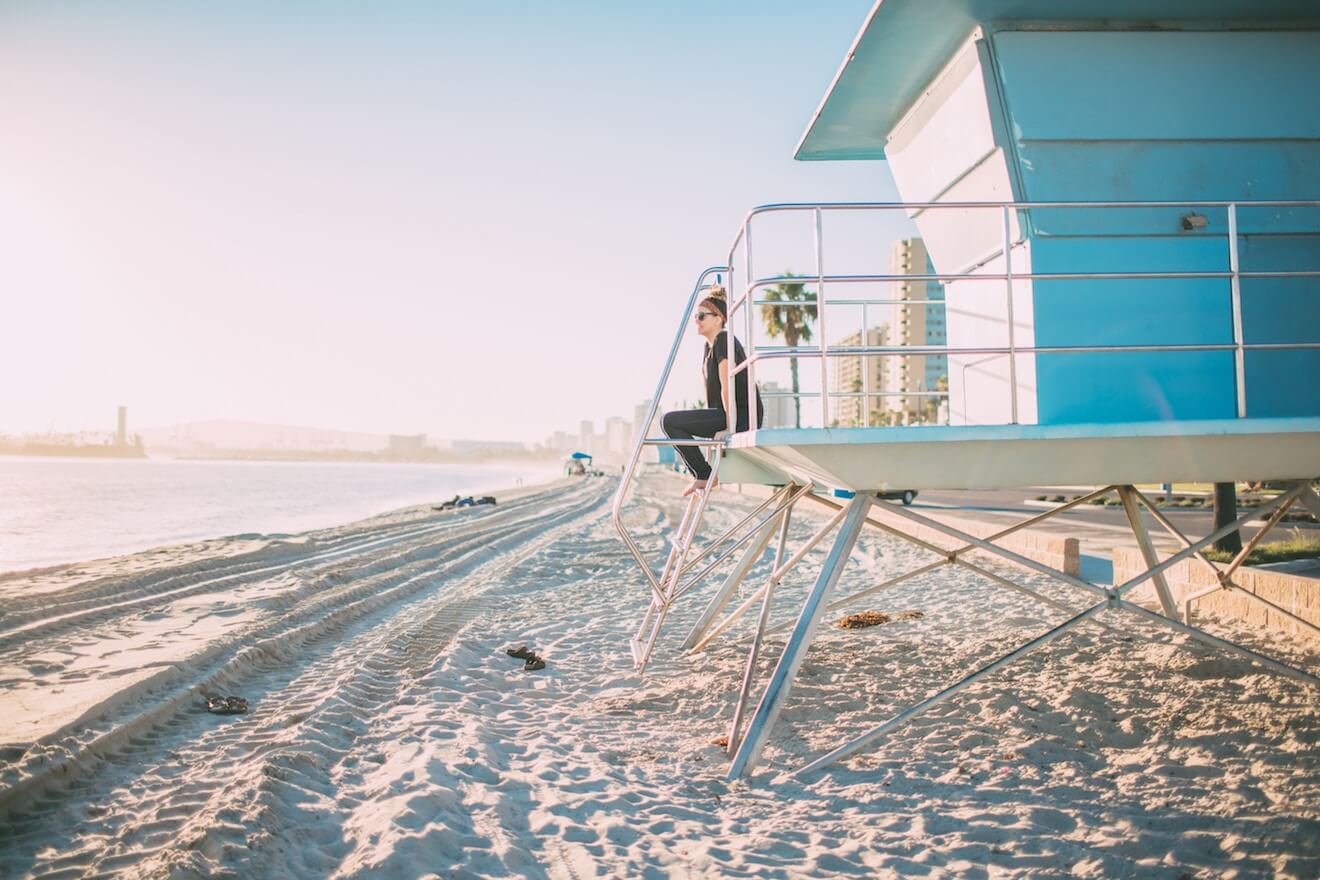 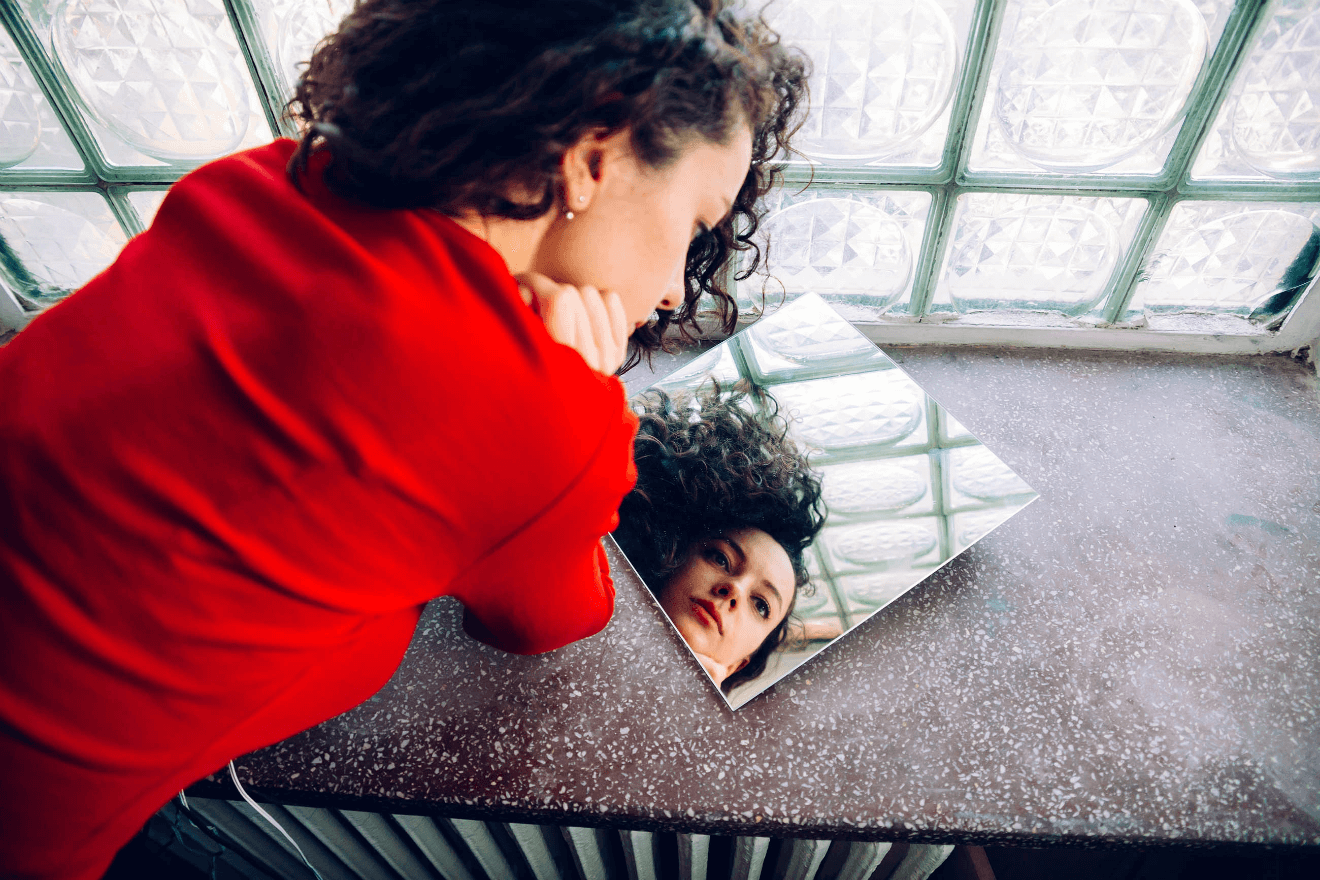 Read More
Published on: 06 Oct 2017
Imagine what life would be like if we stood in front of the mirror and focused on what… 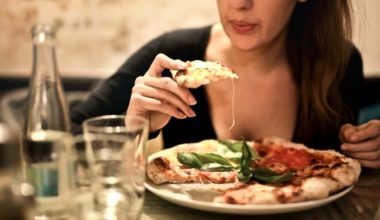 Read More
Published on: 16 Jan 2021
The general idea of what a person with an eating disorder looks like has been largely influenced by…