Many of us wear our lack of sleep as a badge of honor. According to the National Highway Traffic Safety Administration, in 2013 sleep deprivation was responsible for 72,000 crashes and 800 deaths. The numbers may be slightly underreported; the real number could be closer to 6,000 fatalities.

Many of us look at sleep as a barrier to success, fun and self-fulfillment, even though sleep deprivation is physiologically and psychologically dangerous. Lack of sleep has been cited as cause in disasters such as the Chernobyl meltdown, the space shuttle Challenger explosion and the Exxon Valdez oil spill. It’s time to face up to the risks associated with our culture of sleep deprivation.

Most of us are familiar with the first signs of sleep deprivation, including feeling irritable, having difficulty concentrating and suffering from fatigue. Instead of resting, however, we drink another cup of coffee and power through.

Unfortunately the cumulative impact of sleep deprivation is more dangerous than generally acknowledged. A growing body of sleep research shows that lack of sleep can be responsible for depression, anxiety, stress and panic attacks, as well as myriad health problems, including heart disease, diabetes, migraines as well as increased risk for cancer, stroke and dementia.

There’s a reason sleep deprivation is a common method of torture. Detainees who are forced to stay awake experience disorientation, disturbing hallucinations and lethargy. If pushed too far, they suffer physical and mental breakdowns.

The more sleep deprived you are, the more fragile you feel. Small problems can feel insurmountable. This mental state interferes with our interpersonal relationships, including the ability to parent.

Without sleep, the body and brain aren’t given the time they need to heal and recover. “Sleep deprivation is an especially insidious form of torture because it attacks the deep biological functions at the core of a person’s mental and physical health,” explains Sleep and Dream Database Director Kelly Bulkeley.

The poet Sylvia Plath wrote in her journal, “I wonder why I don’t go to bed and go to sleep. But then it would be tomorrow, so I decide that no matter how tired, no matter how incoherent I am, I can skip an hour more of sleep and live.” It’s a way to live, but not a way to live well.

For anyone who struggles with mental or medical ailments, lack of sleep is even more dangerous. The body and brain need the regenerative gifts of sleep. Why, then, are so many of us not taking the necessary steps to get a good night’s sleep?

FOMO [Fear Of Missing Out]

We’ve all seen exhausted kids throw tantrums when asked to go to bed. Why do they scream “I’m not tired!” when clearly they are? It’s because they feel like they will be missing out if they go to sleep.

Too often adults replay this scenario, even if (mostly) without the hysterics. I’m sure we can all relate to actor James Franco’s observation: “I don’t even like to sleep—I feel as if there’s too much to do.”

The belief that sleep is a barrier to self-development runs deep in our culture. Dale Carnegie, the father of self-improvement, wrote in the 1930s, “If you can’t sleep, then get up and do something instead of lying there and worrying. It’s the worry that gets you, not the lack of sleep.” But there’s a hitch. FOMO can lead to poor decision making and illness.

“I was proud of working 18 hours a day and sleeping three hours a night,” says rapper and businessman Sean Combs. “It’s something now that has turned into a problem for me: not being able to sleep…having insomnia.”

Entrepreneur Arianna Huffington became a sleep evangelist after a dramatic wake-up call: she collapsed from exhaustion one day. As she fell to the ground, she broke her cheekbone on the corner of a desk. Realizing she’d been sleepwalking through her life, Huffington wrote the book, “The Sleep Revolution,” which chronicles the global crisis of sleep deprivation and serves as call to action — or rather a call to sleep.

The Myth of Competitive Advantage

One of the greatest barriers to combatting our culture of sleep deprivation is the long-held notion that success is linked to burning the midnight oil. Shipping magnate Aristotle Onassis quipped, “If you sleep three hours less each night for a year, you will have an extra month and a half to succeed in.”

But equating lack of sleep with productivity is a slippery slope. Yes, more hours awake may equal more output at the start. But over the long term there are significant risks to your own health and others. For example, Barnes and Hollenbeck examined the impact of sleep deprivation on work teams and found a host of negative effects, including a reduced ability to process information, learn, and perform new tasks.

Research undermines the bravado of woraholics. In fact, some of the worst accidents in history, including the Chernobyl and Three-Mile Island nuclear disasters, were caused by team error between the hours of 2-4 a.m., a time when people are especially likely to be sleep deprived. Loss of human life on highways and railways and in our hospitals have been linked to human exhaustion.

Instead of clapping employees on the back for working overtime, it’s time for employers to encourage them to go home and get some rest at the end of their shifts.

There’s no reason to wear sleep deprivation like a badge of honor. Sleep doesn’t make us miss out or get left behind. It’s the opposite: being well-rested allows us to live richly and experience all life has to offer. So, to quote the title of the best-selling satirical children’s book, “Go the F**k to Sleep!”

Marika Lindholm is the founder of ESME [Empowering Solo Moms Everywhere], the social platform for Solo Moms, by Solo Moms. A trained sociologist and former professor, she taught classes focused on issues of inequality, diversity and gender at Northwestern University.

'Snowflake' - A New Insult for People Who Go to Therapy

The Psychology of Talkspace’s New Design 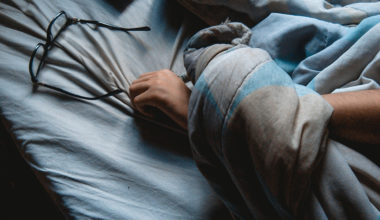 Read More
A poor night’s sleep affects us all occasionally, and therapists are not immune. We, too, experience sleepless nights… 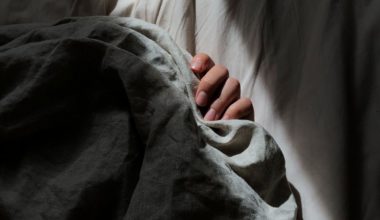 Clinically Reviewed by Catherine Richardson
Have you ever found yourself coming out of a dream, unable to move or speak no matter how…