Reconciling Religion and Therapy: Why You Can Talk to God and a Therapist

When people practice their religion seriously and believe in the healing power of God or other divine forces, it can be hard to accept the idea of a therapist providing mental enlightenment in addition to what they receive from their faith-based communities. There might be stigma in their community regarding therapy and mental illness as well as people who explicitly tell them not to see a therapist.

If you are religious and interested in seeing a therapist, know faith and therapy are not mutually exclusive. There are millions of people who are involved in religious communities and see a therapist, finding happiness in both spaces and without feeling they are compromising any belief.

Understanding religious criticisms of therapy and how these people moved past the stigma could be your first step toward finding an extra source of happiness and an unexpected place to deepen your faith.

When people believe only God should heal the mind and soul, they worry therapy is a rejection of God and the therapist will become a replacement. If their prayers are not sufficiently comforting and healing them, they equate looking for additional support with spiritual failure.

“Some people believe prayer is the only answer to worldly pain,” said Wendy Patrick, an ordained Christian minister and president of the New York Christian Legal Society. “Among people of faith, this perceived stigma can be enhanced by the perception that seeking help from man instead of God is a sign of spiritual weakness.”

People of faith who are hesitant to see a therapist sometimes say, “I don’t believe in therapy.” This implies therapy embodies a belief system that clashes with religion. Subscribing to it would be a betrayal of religious beliefs.

Sometimes this attitude is linked to a skepticism of the validity of mental illness and disabilities. Author Nancy Virden — who has discussed her struggles with major depressive episodes — is Christian and believes nothing about biblical teachings conflicts with her seeing a therapist and taking medication. She has, however, encountered members of her community who do not agree.

Because the stigma of mental illness and therapy are linked, religious people who are considering therapy often face double the obstacles.

Being in a Small, Close Community and Fearing People Will Find Out and Judge

In certain religious communities, people worry their lives will change for the worse if community or family members discover they are seeing a therapist. They are constantly surrounded by people they have known their whole lives, so meeting a therapist at all seems risky.

Therapist Tamar Gordon, Ph.D., sees several Orthodox Jewish clients who live in communities where people fear admitting they have problems. If people in these communities learn someone they know is in therapy or deals with a mental illness, they might spread the knowledge around.

This can make clients feel as if they will be unable to marry someone within the community and have dishonored their families, Gordon said. The stigma is similar in other close communities such as small Christian or Muslim towns.

Therapy developed around the same time as 19th Century Liberalism, a practice that threatened conservative religious groups and gave rise to fundamentalism, according to Professor Emeritus of Religion Bob Minor. Because therapy aligned more with liberalism, religious conservatives opposed it in a way that still impacts religious communities.

Then there’s Sigmund Freud — the father of modern psychology — who harshly criticized religion. Freud also made arguments that upset people of faith such as saying the image of God was a projection of the ideal father figure.

The origin of therapy and its higher rate of endorsement among liberals also led to the next issue that makes religious people hesitant to see a therapist.

People Assume Any Therapist Will Be Too Liberal or Secular

Therapists are actually not supposed to tell clients what to do, psychologist Bart Rossi told Talkspace.

“That’s not what psychologists are all about,” Rossi said. These fears come from misconceptions about therapy and therapists.

What Can Religious People Do to Overcome the Stigma and See a Therapist Without Compromising Faith or Their Role in a Religious Community?

If you want additional support in living a happier life by seeing a therapist but are worried about how therapy conflicts with your religious values, much of the solution lies in adopting new ways of thinking. There are also ways to see therapists without any risk of community or family members finding out. Like faith, mental health is only your business unless you choose to share it with people.

New Way of Thinking #1: You Can Talk to a Therapist and God — It Does Not Mean You Are Weak

People who see a therapist and pray such as author Darren Pierre believe faith and therapy work together and should not be mutually exclusive.

“For me, it is not different than faith and medical health,” Pierre said. “Yes, prayer is a strong tool for change, but to activate that prayer and faith, attention from a medical professional is necessary.”

Relying on prayer and therapy also does not need to mean you are spiritually weak. Pierre believes a greater strength than handling problems with faith alone is the ability to cast aside pride and ask for help.

There isn’t a correct point of view, but Pierre said his current attitude has helped him more than when he relied only on faith. It might help you too.

New Way of Thinking #2: Therapy is a Supplement or Complement to Religion, Not a Replacement

When people experience tragedy or loss, they need as much support as possible to heal. Grief Recovery Institute Executive Director Russell Friedman recommends people of faith see therapy and similar methods as additional coping tools for managing their emotions, especially during times of grief and hardship. Pierre adopted this attitude so he could better learn to forgive and cope with trauma.

“I have recognized how faith and God alone are not enough to reconcile and heal the wounds of the past,” Pierre said.

Because Pierre needed help with different issues, he needed faith and therapy. This need had nothing to do with the strength of his faith.

New Way of Thinking #3: God Works Through Everything and Everyone, Including Therapists

If you believe in God, you know he works through every being in the world. This includes therapists.

When you see a therapist, you are receiving God’s healing in the form of therapy. Again, God works through everyone. He does not take exception to therapists.

Another person God works through is you. Therapist Darren D. Moore sometimes reminds clients of this when they feel unsure about committing to therapy.

“Maybe God is actually the person who sent you here,” Moore said, describing conversations he has with religious clients. “Maybe God placed this therapist in my life to help me.”

One of the greatest parts of being religious and studying religious texts is the ability to interpret the text as you wish. Depending on your interpretations, many passages will support mentally healthy ideas therapists encourage such as forgiveness and generosity.

Religious Leaders Refer People to Therapists All the Time!

Some religious leaders tell people not to see a therapist. Others embrace therapy and refer members of their religious community to therapists. If you have the latter, receiving the benefits of faith and therapy will be much easier.

When members of a church talk to pastors about issues not related to faith, the pastor might think it’s best to refer them to a therapist. Moore receives many of these referrals, particularly couples who have issues they can’t resolve within their religious community.

“I also work a lot with pastoral leaders as clients,” Moore said.

Therapist Monique Prince also raised the issue of religious leaders referring people to therapists. Sometimes it happens because leaders feel they do not have time to successfully maintain their institution and see all of the community members who have issues. Some would prefer to guide everyone through their problems, but they trust select therapists to act as an alternative.

Find a Therapist Who Specializes in Seeing Religious Clients

Like Gordon, many therapists are religious and see clients with similar beliefs — sometimes exclusively. Gordon says she ensures she can speak the same “lingo” as clients from deeply religious communities and has the education necessary to understand their issues.

Some people take what Gordon does to another level called “faith-based therapy”, a practice where a client and therapist explore psychological issues against the backdrop of religion and religious texts. Therapist Tecsia Evans is Christian and practices this in an office and hospital, often seeing religious clients who assumed therapists would ignore their religious beliefs.

“90% [of clients] are surprised when I ask about their faith,” Evans told Talkspace. Discussing faith also makes clients more comfortable and likely to return.

Use Online Therapy to See a Therapist with Complete Confidentiality

If you live in a small, tight community and want to see a therapist without the risk of anyone knowing or judging, online therapy is a great solution. Talkspace online therapy does not use identifying information and has the option of text therapy for increased privacy (no one overhearing conversations or seeing video chats).

This can be helpful if you live in a small town like Johnna Ithier does.

“Everyone knew me and my family history was deep in church,” Ithier said. “It was better to have someone who didn’t know me.”

Whether it’s a small town in the south or an Orthodox Jewish neighborhood in New York, confidentiality might be what you need.

Going to Therapy Will Actually Deepen Your Faith

If you believe in God, that means you believe he created your body and mind. Therapy is an opportunity to meld your mind and faith, allowing both to become stronger.

“What I have discovered working with religious people and enjoying my own faith is that coming to terms with and knowing ourselves to the fullest extent possible only deepens our faith,” said therapist Claudia Luiz. “God gave us an orchestra of emotions and many layers of brain activity. Both our wisdom and our faith is served by knowing them.”

God created you and works through you, so working with a therapist to know yourself better is another path to becoming closer to him. 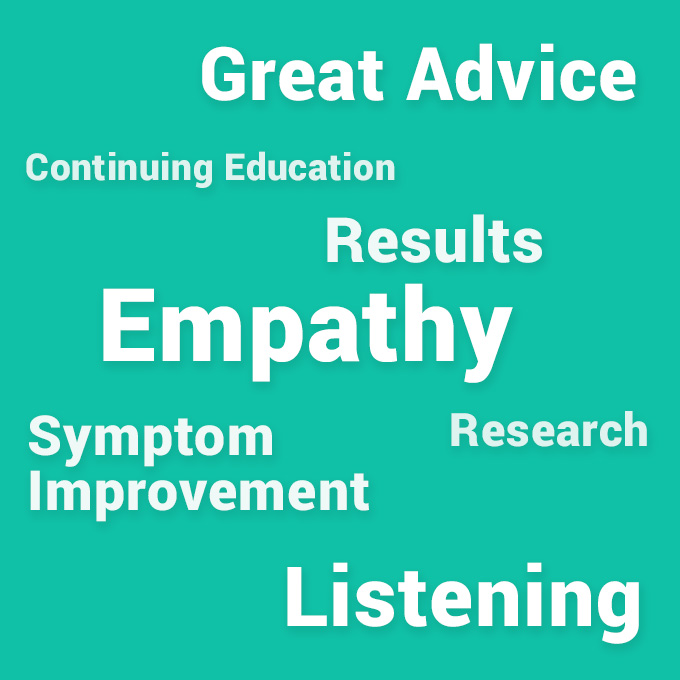 Read More
Published on: 25 Oct 2016
What makes a good therapist goes beyond the ability to make a client feel a little better. Because… 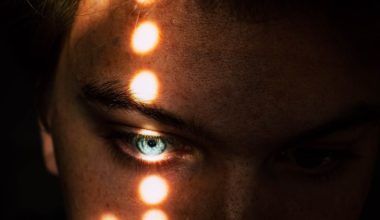 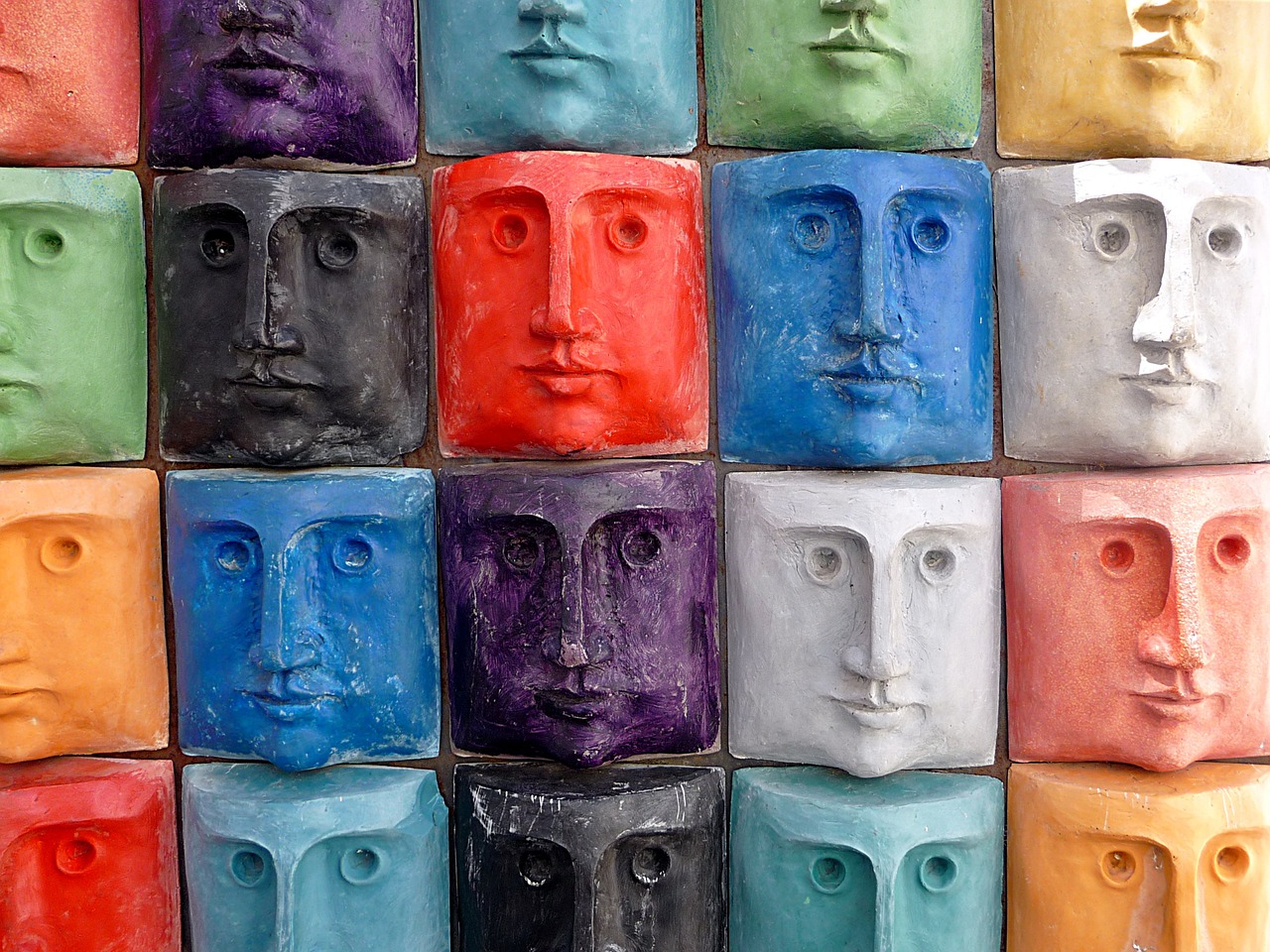 Read More
Published on: 24 Jun 2015
Know the signs. Take our free mental health test Now that it’s been a while since I started…