Is It a Normal Fight or Verbal Abuse? Here’s How to Tell

Even the most dynamic of duos has the occasional fight. Whether it begins with “Who forgot to take the dog out?” or “Do I really have to go to your brother’s birthday party?”, having arguments is a common — and healthy — part of any relationship.

But in some cases, what we call an “argument” is actually something worse. Ever had a partner who criticizes everything you do? Who shouts and uses cruel language when they get angry (and they may fly off the handle a lot)? Who makes you feel like you’re wrong or “too sensitive” when you try to speak up?

Many of us know the signs of physical abuse. But verbal abuse, on the other hand, can be trickier to spot because we’re just not taught to look for it. As the childhood rhyme teaches us: Sticks and stones may break your bones but words can never hurt you.

But words can hurt — badly. No kind of abuse is okay, and verbal abuse can devastate a victim’s emotional and mental health, not to mention escalate to other kinds of violence. So how can you tell the difference between the occasional lost temper and verbal abuse? It’s all about the power dynamic.

What is Verbal Abuse, Really?

Verbal abuse is what it sounds like: The use of words to control and hurt someone. Some kinds of verbal abuse are more obvious, like using swear words or yelling. But four-letter words aren’t the only kind that can hurt. In fact, verbal abusers can cause a lot of damage with underhanded comments or even with silent treatments.

Many people struggle with what constitutes verbal abuse, but here’s how to tell whether your partner’s comments are part of a healthy argument — or verbally abusive.

In a healthy relationship, conflict is equal and respectful. Verbal abuse, on the other hand, is an ongoing pattern of criticism from one person. It may be part of an cycle wherein the abuser is sometimes sweet and loving — but always returns to their hurtful ways.

What are Some Forms of Verbal Abuse?

There’s no one-size-fits-all formula for figuring out whether something is verbally abusive. But we all have that little voice in our heads that tells us when something just isn’t right. Listen to it! And if your partner’s behavior fits any of the below patterns, it’s not just a “normal” conflict.

In gaslighting, the abuser tries to control the victim’s sense of reality. The abuser may call the victim irrational or crazy or convince them that things that really did happen didn’t. Gaslighting is dangerous because the victim may come to accept their partners’ version of reality, and therefore believe that the abuse isn’t really happening or that it’s justified.

These are a little easier to spot and should be taken seriously. If your partner ever threatens you with physical violence (“If you keep complaining I’ll give you something to really complain about”), public humiliation (“I’ll tell everyone that you slept with him”), or threatens to hurt themselves or people around you, get help. Emotional threats can be equally harmful. For example, a partner may threaten to leave you in order to control things only you get to have a say in, like what you wear or eat.

Verbal abusers may try to undermine their victim’s sense of self, opinions or feelings. For example, the abuser may tell the victim they only got a promotion because the boss thinks they’re sexy or may correct every little thing they do. Abusers may trivialize their victim’s feelings by calling them “too sensitive” or telling them they’re just exaggerating.

Don’t Be Afraid to Reach Out

You deserve respect and care just for being you, and if your partner is trying to tear you down in any way, including being verbally abusive, that behavior (and hey, probably that partner) needs to be kicked to the curb.

So don’t be afraid to reach out for help, because it’s never “just words.” Talk to a friend you know won’t judge you or a family member who has been through it and come out the other side. Call a hotline or see a therapist who works with clients who’ve experienced abuse.

It’s not uncommon to equivocate over what constitutes verbal abuse, mainly because the hurtful words of a verbal abuser have a way of worming into our heads and staying there, replacing our own thoughts with their voice. But your voice is strong and true, and no one else has the right to take it away from you. Let it sing through.

How Does Acquiring a New Disability Affect Mental Health?

Can’t Sleep? Create a Healthy Bedtime Routine with These Tips 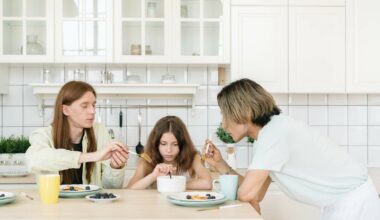 Clinically Reviewed by Meaghan Rice PsyD., LPC
Abuse can take many forms — this includes (the often-ignored) verbal abuse. Although you may not get physical… 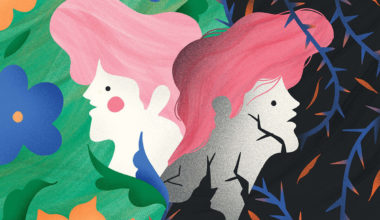 Clinically Reviewed by Cynthia V. Catchings LCSW-S
#MeToo Has Revealed the Need For Change. But one big question remains: How? The year was 1980, and…

Clinically Reviewed by Ashley Ertel, LCSW, BCD
Not everyone that struggles with narcissistic personality disorder will present abusive behavior in a romantic relationship, however, in…