The History of Online Therapy

Online therapy has many definitions. Depending on which one you use, its history has a different beginning.

Most of the people who have catalogued the history of online therapy use broader definitions. Some historians believe it began during the 1972 International Conference on Computers when Stanford and UCLA staff used linked computers to demonstrate a psychotherapy session. This wasn’t a real psychotherapy session with a licensed therapist and — unlike the modern internet — was limited to that small network of computers. It did, however, at least demonstrate the idea of online therapy.

If you include therapy via the phone as part of online therapy, the history starts even earlier. Records of the first private call between a psychotherapist and client are lost in confidentiality. Nonetheless, it is clear people were using the phone to provide mental health support as early as the 1960s.

Those who define online therapy as offering any sort of authoritative mental health advice via the internet claim its history started in 1986 with the creation of Dear Uncle Ezra, a Cornell University question and answer forum where people frequently discussed mental health issues. It is not clear exactly who was answering the questions or if that person was a licensed therapist. According to a 2007 article in the Cornell Chronicle, Uncle Ezra was “an anonymous Cornell staffer with a mental health background.”

Dr. David Sommers was the first to create online therapy that provided continual dialogue and a private therapeutic relationship. His practice was a steep departure from the public mental health advice columns and forums that had previously defined the field. Also created in 1995, his practice used emails and some real-time chats to provide therapy to hundreds of clients in many countries. Unlike free public forms, clients paid Sommers a fee for private, one-on-one therapy that more closely resembled traditional therapy.

In the same year, therapist Ed Needham launched Cyberpsych Counseling and charged $15 for each hour-long session he provided. Needham was the first therapist to exclusively use chat rooms to work with clients, according to psychotherapist Dror Green, a pioneer in the study and practice of online therapy.

During the 2000s online therapy gradually became more popular and widespread. Businesses and therapy practices began trying to expand so they could treat thousands of clients at once.

In 2012 Oren and Roni Frank launched Talkspace, an online therapy platform that quickly evolved to offer unlimited messaging therapy. It wasn’t the first company to provide chat rooms for therapists and clients to work together. It did, however, provide online therapy on a historic scale. Even in its earlier stages, the platform gave clients a more robust experience than simply exchanging emails with a therapist. By using the app on their smartphones, clients could send text, video, and voice messages all in the same room, any time they wanted, and without limit. Talkspace has largely defined the online therapy landscape in the 2010s, and many similar companies have followed.

Ethical and Legal Developments in the History of Online Therapy

Congress passed the Health Insurance Portability and Accountability Act [HIPAA] in 1996. Since then HIPAA has been a major factor in determining whether an online health service is ethical and compliant with the law. It is a complicated law with many areas people are still determining how to interpret. At its core, however, is the simple push to ensure health providers keep patient information private and secure.

HIPAA had a significant impact during the 2000s when many therapists began using Skype to provide video-based online therapy. Once they learned Skype was not HIPAA-compliant, some of them abandoned it and moved to more secure platforms such as VSee.

Some therapists believed prohibiting or even frowning upon interstate treatment defeated the purpose of online therapy. Others strictly abided by ethical recommendations and strict interpretations of both HIPAA and state licensing board regulations.

For example, when Dr. Lisa Herman started her online therapy practice, she decided to only work with clients in her state. Because there was no national infrastructure for online therapy ethics and regulations, she did not feel comfortable reaching clients outside her state. She wanted to treat clients in other states but understood the need to abide by ethics guidelines.

To this day it is difficult to know whether Herman would have been doing anything unethical or unlawful if she had used online therapy to work with clients outside her state. Online therapist Marc Zola described the ethical and legal landscape of online therapy as a “wild west.” Licensing boards are constantly updating the rules and mental health professionals are struggling to keep up.

Clay Cockrell, a therapist and host of the Online Counseling Podcast, once interviewed a lawyer who tried to catalogue laws in all 50 states regarding online therapy. It took the lawyer about a year to go state-by-state. By the time he finished, some of the laws had already changed. This pattern will most likely continue for many decades or until there are national guidelines.

It is not clear when the first study on online therapy occurred. Nonetheless, there have been documented studies for more than two decades. Since 1996, a research group at the University of Amsterdam has studied online cognitive behavioral therapy [CBT]. Because of their research and advocacy, Dutch health insurance began covering online CBT in 2005.

Here are some other notable studies that validated the efficacy of online therapy in recent history:

What Will Be the Next Chapter in the History of Online Therapy?

“Today, e-therapy has found a niche. It is not a large niche, nor one that will attract millions of dollars in investment capital. Some small online networks of mental health practitioners continue to thrive and will likely gradually grow as more and more people learn of the benefits of online mental health services.”

You can’t blame Grohol for the prediction. At the time the industry was incredibly niche.

But today online therapy is a billion dollar industry that has attracted hundreds of millions of dollars in investment capital. There are several large online networks that provide therapy to millions of people. All of them constantly work to improve both the technical and clinical experience for their clients. Online therapy will most likely continue to trend in this direction.

Cockrell, among many other mental health professionals, thinks artificial intelligence and virtual reality might become noticeable facets of online therapy. He sees potential for advancing group therapy in particular.

The exact details are unpredictable, though. John Grohol couldn’t fathom the potential of online therapy in 2004. We will see what exciting, unexpected developments await us.

A Millennial's Guide to Mental Illness in the Workplace

Parents, Your Mental Health Is Everything. Don’t Neglect It. 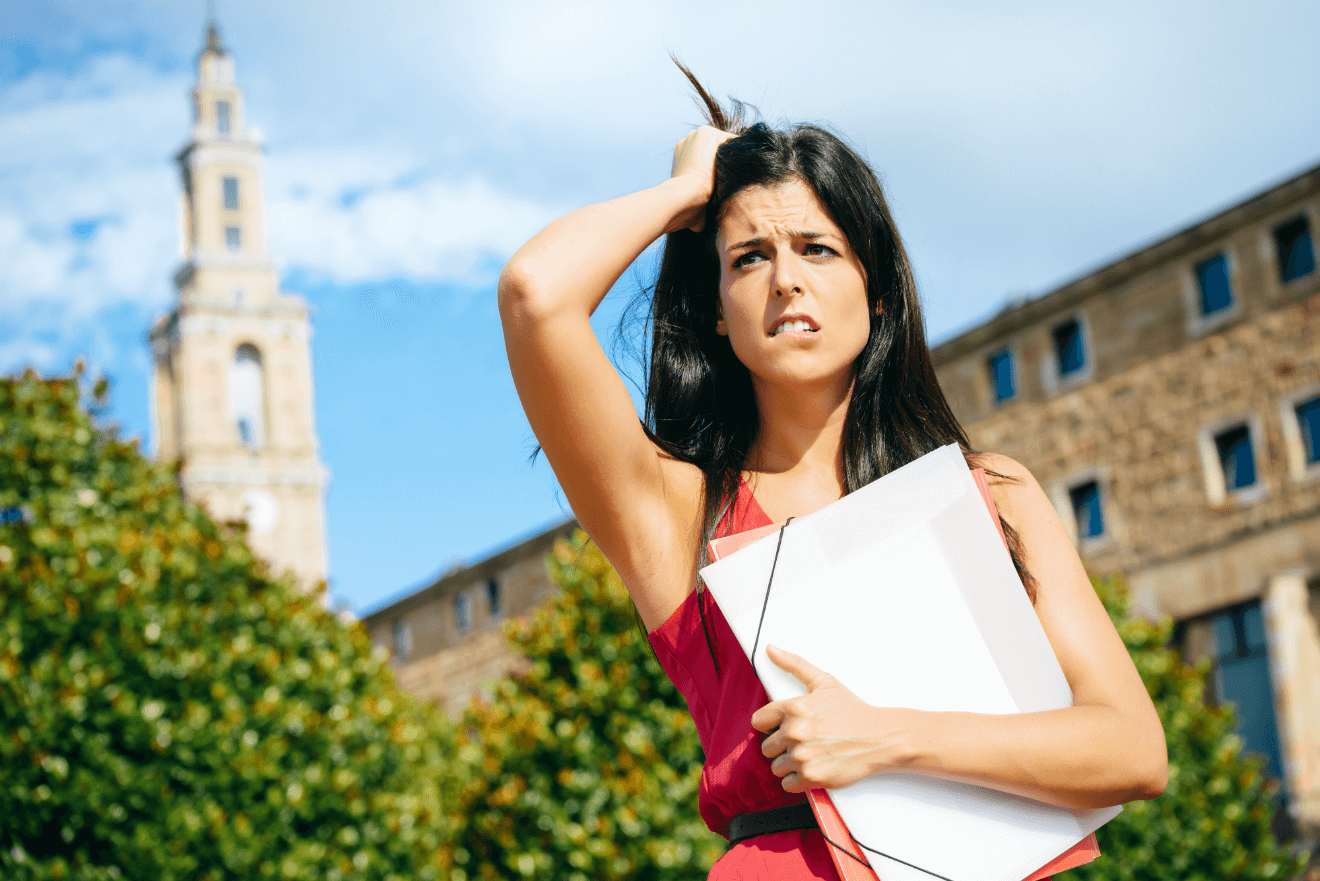 Read More
Published on: 24 Aug 2017
Society and pop culture portray college as a wild time loaded with sleepless nights and packed with parties,… 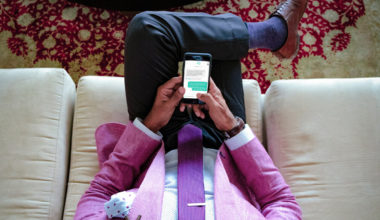 Read More
Published on: 16 Aug 2019
Updated 5/17/2022 Traditional, brick-and-mortar therapy is a wonderful thing, and can be incredibly healing when you are working… 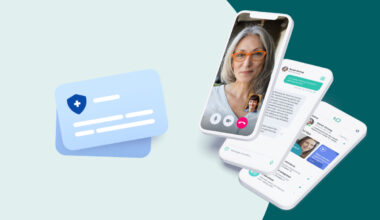 Clinically Reviewed by Bisma Anwar, LMHC
Getting mental health care help shouldn’t be difficult. That’s why we set out to make online therapy and…