We are living in the midst of a mental health crisis — in the U.S. and across the globe. According to the World Health Organization, depression affects nearly 15 percent of adults worldwide, and diagnoses have risen 33% since 2013, according to a report from health insurer Blue Cross Blue Shield. Researchers Aaron Reuben and Jonathan Schaefer even recently proved that we are all more likely to experience a bout of mental illness in our lives than we are to develop diabetes, heart disease or any kind of cancer.

As a leader of Talkspace, a behavioral health company that has provided 1 million people psychotherapy over the last 6 years, I have been relentlessly exposed to and concerned by the complexity of the problem. Clinical, technological, regulatory, cultural, and above all, human issues are involved, and the current systems designed to deal with it are failing. The rate of failure across different systems is accelerating.

The Most Dangerous Public Health Issue of Our Time

Put simply, this epidemic is the largest and most dangerous global public health issue of our time, and our solutions are far from adequate.

Even among those who acknowledge the crisis, some fundamental questions are not being answered: Are more people suffering from more mental health issues now than ever before? Maybe. Or perhaps as stigma decreases and awareness increases, there is simply more visibility. The issue could also be environmental: technology has accelerated the pace of our lives and created another epidemic — that of loneliness. Surely, the state of global politics isn’t helping anyone sleep better at night, either. It could be all of the above. But the mental health crisis can’t simply be characterized in terms of its prevalence.

Certainly access is part of the picture. Of the 1 in 4 adults worldwide who are affected by a mental health issue each year, over half don’t receive treatment. And for those who do, only half respond well to existing treatments, including drug therapy and psychotherapy. In the U.S., 17% of adults (more than 7.5 million people) with a mental illness do not have medical insurance and therefore can’t obtain proper care. At the same time, 20.3% of insured individuals who are actively seeking treatment for mental illness continue to report unmet treatment needs. Increasing access to existing therapies would likely mitigate the epidemic somewhat, but its roots go beyond access issues. This is a crisis of how we understand and study human behavior, and specifically, how we diagnose and treat mental illness.

More to the Puzzle than the DSM

As humans, our mindset and behavior are driven by multiple factors — genetics, biochemistry, social interactions, the environment, our lifestyle, and more. There’s an intricate web of connections and relationships between all the factors that determine our health, physical and mental alike; it’s a highly integrative data set in which causes and outcomes are often confused.

Yet diagnosing and treating mental health issues has not evolved much since 1952, when the first edition of the Diagnostic and Statistical Manual of Mental Disorders (DSM) was published. As psychiatrist Daniel Carlat described in a recent interview with NPR, “It’s very hard to make a psychiatric diagnosis and we’re not talking about a diagnosis where we can get a blood scan or a brain scan or an X-ray.” Diagnoses of mental illness are still based on simple interactions between therapist/psychiatrist and client about self-reported, anecdotal data “how they’re feeling, what they’re thinking, how they’re sleeping, what their concentration level is, what their energy level is,” in Carlat’s words. From there, the clinician does their best to put the pieces together into a hypothesized diagnosis, which they check against the criteria outlined in the DSM-V. This is guesswork, like trying to make out the contents of a very complex photo at an extremely low-resolution.

Add to the mix that the DSM itself is a somewhat controversial framework within which to base guesswork in the first place. Each DSM edition’s authors may be psychiatrists with prestigious faculty positions at leading medical schools, but as physician and Harvard Medical School professor Marcia Angell argued in The New York Review of Books, the opinions they showcase in the DSM are heavily influenced by the interests of pharmaceutical companies. “Drug companies are particularly eager to win over faculty psychiatrists at prestigious academic medical centers…. [These psychiatrists] are the best sales force the industry could have, and are worth every cent spent on them.”

Psychiatrists, psychologists, geneticists, neurologists, immunologists, data scientists and public health leaders, all try, in their respective fields, to find new approaches to understanding, diagnosing, and treating mental illnesses, and many of them understand the multivalent nature of their psychological, social, biological, neurological, and genetic origins.

Recent research reflects this, particularly in the field of genomics. The journal Science recently published the largest genomic study of brain conditions ever conducted, which compared the genetic data of 265 patients and 784,643 control participants in order to see if there were links between genetic variants and brain disorders. The researchers ended up finding many links between gene variants, brain disorders, and physical and cognitive traits; for example, they found schizophrenia, major depressive disorder (MDD) and bipolar disorder share multiple genetic variants. “One of the big messages is that psychiatric disorders turned out to be very connected on the genetic level,” Verneri Anttila, the first author on the paper told Scientific American.

Another study published this year in Nature Genetics comparing the genomes of individuals with depression and those of individuals without depression identified 44 genetic variants that may contribute to the risk of depression.  While the scientists analyzing the data were not able to identify one single gene variant that presents a strong risk factor for depression (like the BRCA1 gene does for breast cancer), they concluded that each one has an incremental effect on depression.

The recent surge of biogenetic research about mental health conditions is, to me, a sign of progress. Genomic studies like the ones I’ve explained here are helping to move us toward a more complex model of understanding, diagnosing, and treating mental illnesses. But as psychologists Nick Haslam and Erlend Kvaale have found in their research, genetic explanations of mental illness can actually contribute to the problem of stigma by casting individuals with mental illnesses as “dangerous and unpredictable.”

Companies like GeneSight and Genomind are innovative, disruptive additions to the health care market, providing both patients and physicians the opportunity to order comprehensive genetic panels, many of which are commonly used to show how patients genes affect their response to FDA-approved medications. However, pharmacogenetic testing is not without limitations. As neuropsychiatrist Gaslon Baslet told Rebecca Allen, MD, MPH, in her article for a recent issue of the Psychiatric Times, “[Genetic testing] needs to be put in context with many other clinical factors that are usually going to be the ones directing my decision, such as factors obtained from a detailed med history.” Just as conversations between patient and psychologist/psychiatrist can only begin to render a picture of an individual’s condition, genetic testing can only add so much detail and clarity to the background.  In other words, no singular clinical modality or discipline is going to solve the mental health crisis by itself. It’s just too big a mission.

Let’s try to take a step back and consider — generally and in broad strokes — what would need to happen in order for us to see large scale progress.

These three goals may not seem within immediate reach, but I have a strong sense of how we can move toward a new framework and a more integrative and unified model of mental health care.

The scope and complexity of the problem is way beyond the capabilities of existing science, and demands a Kuhnian paradigm shift. What I suggest is a stand-alone global project, dedicated to super-large scale data collection and analysis. Call it a paradigm shift, a unified behavioral health theory, even the next Human Genome Project. That is the breadth of the effort we will need to commit to in order to properly aggregate and regress all the data sets required to achieve such a dramatic — and necessary — breakthrough in this field.

Through massive application of machine learning, millions of personal, environmental and lifestyle factors of very large samples could be analyzed and isolated in order to determine their effect on human behavior, mood, cognition, and overall mental health. Such a project would merge real time data streams about behavior, lifestyle, and environment (diet; physical activity; heart rate; gait; breath patterns; substance use; the weather and pollution levels of your location; more) with all the data about patients’ mental health that we’ve captured in the past with standard psychological and psychiatric evaluations. The large-scale regression of such data corpuses will likely reveal a much more detailed and accurate picture of the hidden complexities driving our mental health, and could generate an entire new set of “templates” — patient patterns that may, in turn, even lead to a whole new set of diagnoses.

These outcomes would help us create a truly personalized framework that would lead to far more effective predictions, preventive measures, and dramatically more effective therapies for mental health conditions. This could help us create a world in which mental health could be understood not only based on your clinical health record, demographic and socioeconomic information, and visits with a psychologist, but also neurological scans, data about your physical activity, as well as your diet, environment, and genomic data.

The Time is Now

With 1,000,000 deaths by suicide each year across the globe, an epidemic of depression and anxiety afflicting a billion people, and trillions lost annually around the world, the human and financial costs of the mental health crisis are too great to endure any longer. Whether or not this project will answer all or even some the questions it poses may be up for a healthy and constructive debate. But asking challenging questions has never stultified progress, especially when it comes to the endlessly complex creation that is the human mind. I am calling on the WHO, The Gates Foundation, the U.S. Government, and anyone else who cares about the human condition to take up this glove today. The time to act decisively and at a dramatic scale is now.

6 Tips for Getting in Shape When You’re Depressed

Why You Should Stick with Therapy, Even When It's Tough 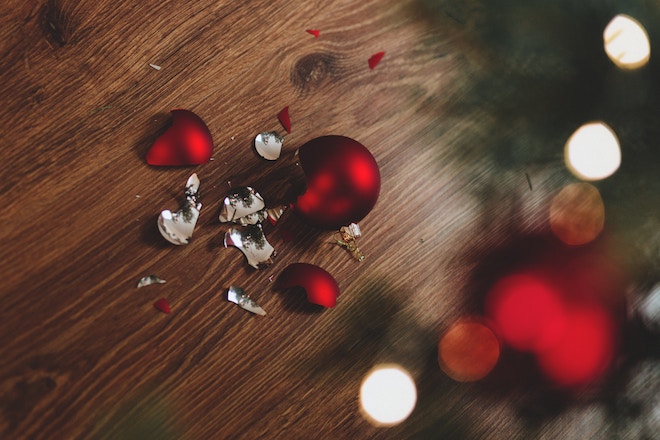 Read More
Published on: 21 Dec 2018
For many, the “most wonderful time of the year” is less than jolly. While the holidays are associated…

Read More
Published on: 21 Dec 2020
With 2021 on the horizon, many people are starting to think about how they’d like to better themselves… 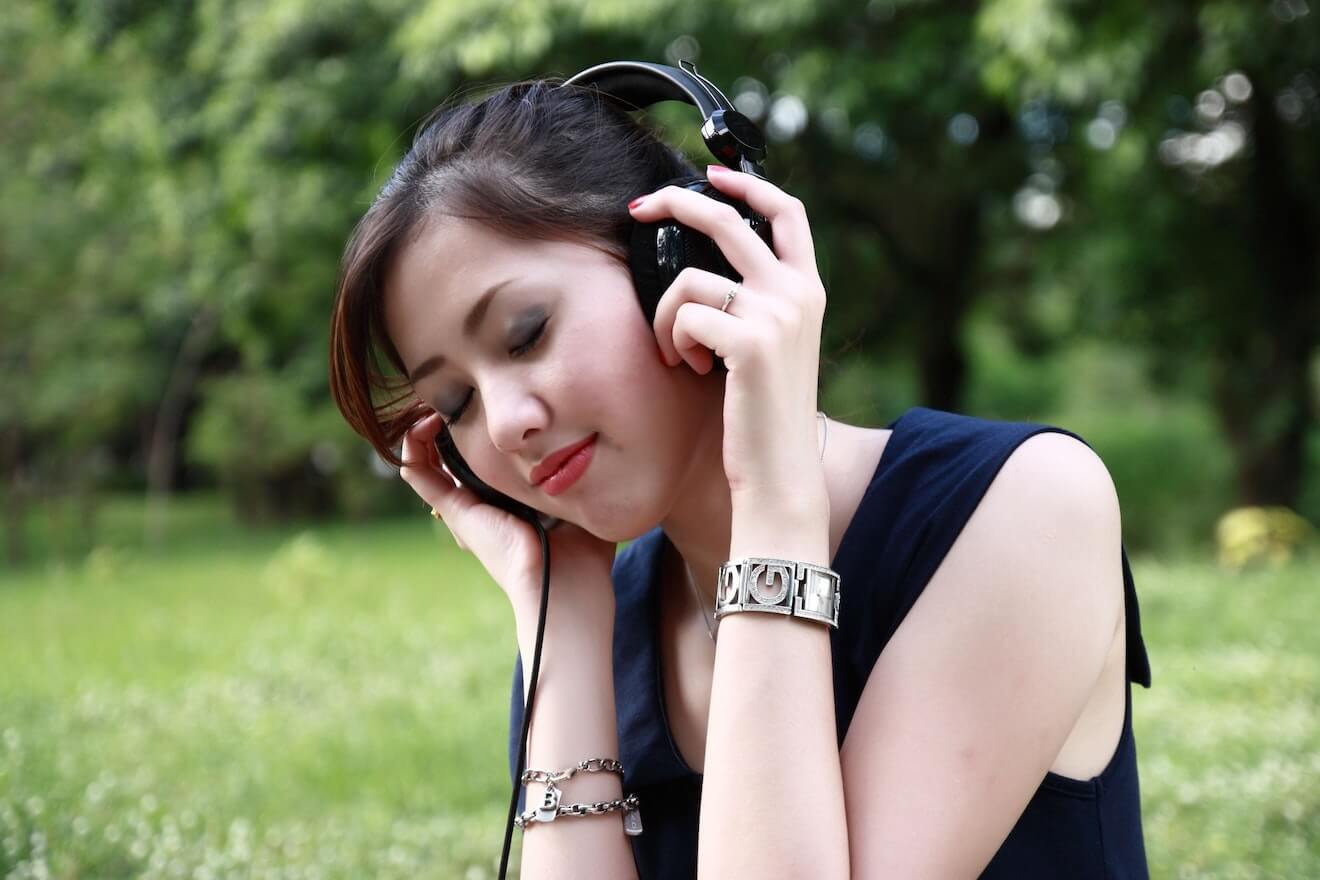 Read More
Published on: 02 Apr 2018
Listening to music can boost our mental health and reduce anxiety, according to a meta analysis of hundreds…