Why This Election is Not “Just” Politics

As votes are cast and tallied in all fifty states, the air itself feels thick with tension. With so much at stake — a pandemic revealing our society’s deepest disparities, ongoing racial justice protests, an eviction crisis looming — it’s apparent to most of us that politics isn’t something we can ignore or tune out.

All of us are likely feeling the consequences of how our government has handled COVID-19. Yet especially if we’re marginalized in some way — if we’re women, people of color, queer people, or low-income, and increasingly, if we’re caregivers — you’ve probably long known that public issues are never “just” politics. Instead, politics and policy, from elections to the allocation of funding, have a deep impact on our ability to live happy, healthy lives.

Dylesia Hampton Barner, LCSW, knows this all too well. A therapist and interpersonal trauma expert, Barner founded Trap Therapist, a network of therapists who come from low-income communities of color, in order to provide accessible services to people who are underrepresented in the mental health field. Because 86% of therapists are white and they often don’t take insurance and may lack the life experience of deep poverty, their services can be inaccessible to low-income people. In contrast, Barner works to connect clients to therapists who truly understand their lived reality.

Barner, who grew up in public housing in Portsmouth, Virginia, brings an intimate knowledge of the ways that a lack of public funding for mental health and other basic services harms marginalized people. “There’s no services for people from the places I’m from,” Barner said.

The lack of government resources can deeply affect the self-worth and well-being of marginalized people. “Being a therapist and also being in therapy, I see the potential it unlocks to get services. You go from surviving to thriving,” said Barner. “Reducing funding for mental health is like the government saying, ‘We don’t want you to grow beyond what you are right now.’”

Even when people from low-income communities do access therapy, the lack of representation can make it difficult to connect. Barner said when she first started seeking mental health support, some therapists didn’t know how to handle the depth of the trauma she had experienced. “I would find a level of shock that was offensive,” said Barner. “I cycled through six therapists before finding someone who finally understood me.”

The Past Few Years Have Been Disastrous For Mental Health

The past few years of American political life have only deepened these disparities. While the United States spends more on healthcare than any other country of an equivalent economic status, it has the lowest life expectancy and highest suicide rates of its peers. That’s because the bulk of this spending is not going toward providing free, universal services for the people. Rather, more than a third of it goes to bureaucratic costs — much more than in, for example, Canada’s single-payer system.

Many barriers to community wellness date back far before the current administration. The gap between the rich and poor has been widening for decades, shortening the lifespans of those living in poverty while lengthening those of the rich. At the same time, the Trump administration has made concrete moves to limit our collective ability to access well-being, such as dramatically limiting Title IX gender equity protections and repeatedly attempting to undermine Medicaid, the country’s largest health insurer.

With the addition of the COVID-19 pandemic, and the consistent inability of the government to manage its impact, gaps in well-being have only grown. “People are out of work, people don’t have housing,” said Barner. This has disproportionately affected communities of color, small businesses, and low-wage workers. In Nashville, where Barner lives, new construction hasn’t stopped on luxury buildings downtown. “But when you look at small Black businesses, some of them will never recover from this,” Barner said.

As a result of these systemic factors, public health experts predict that — on top of the hundreds of thousands of deaths directly caused by COVID-19 — 75,000 additional people will likely die due to increased suicidality and alcohol use.

According to Barner, however, for low-income people, this lack of support deepens a longer-standing state of neglect. “There have been pandemics happening in low-income communities for years. What about asbestos? And lead disease?” said Barner. “It’s still a rejection, a very internalized rejection, to realize that your country doesn’t support you and doesn’t care.”

There has been a hopeful side in this hardship: Barner has seen as many as 50% more clients reaching out for mental health support.

At the same time, many of these new clients express a deep sense of hopelessness, powerlessness, and fear. These are feelings many of us may be having, especially as the election, with all its attendant insecurity, is upon us. Barner says many clients are simply feeling that their vote doesn’t make a difference, or that their voice won’t be heard.

Barner traces part of this malaise to the disappointed hopes in President Obama. “We didn’t see him push some of the agendas he said he was,” said Barner. She sees this cynicism expressed in the recent support some high-profile rappers, including Ice Cube, Lil Wayne, and 50 Cent, have shown toward Trump. For Barner, it’s a sign that the interests of the wealthy few too often come before those of marginalized communities as a whole. “They’re billionaires now, and now they don’t want to pay taxes,” Barner said.

Feeling disillusioned or even hopeless is a natural response to not seeing yourself reflected on the political stage. With so much turbulence in our daily lives, and the looming possibility of major disruption to the democratic system, it’s okay to feel unmoored. Rather than pushing these feelings away, we can sit with them, feel them, and confront them, with the understanding that we can take concrete steps to stay resilient.

Barner refers to this as a grieving process. “It’s the exact same if you’re grieving a family member and grieving a country,” she said.

Cultivate Hope This Election Week And Beyond

This election day and beyond, whatever happens, Barner suggests cultivating hope by continuing to go to therapy, or seeking out a therapist if you don’t have one. Most important of all, she says, is to continue nourishing relationships that are special to us. “Create community and find relatability in people,” said Barner.

That could mean gathering with the people in your household to talk about how you’re feeling, or getting together (in a socially distanced way) with neighbors, friends, and others whom you’re close with. “I really, really encourage conversation among the people you feel like are your family — whether that be actual blood relatives or community,” Barner said.

Those relationships won’t necessarily immediately ease whatever pain or confusion you’re feeling. But they will remind you of why we forge on — and why politics truly do matter, no matter how difficult they are. “When we’re going through a difficult time, what helps isn’t that the difficulty erases itself, because it doesn’t,” said Barer. “It’s having someone who can relate to you in the struggle.”

How to Calm Down When It Feels Nearly Impossible 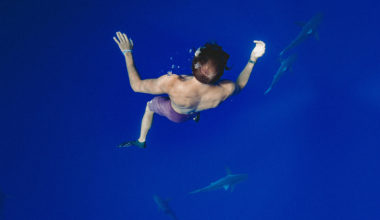 Clinically Reviewed by Jill E. Daino, LCSW-R
When we feel fear, a rush of chemicals from the brain causes a wide range of physical and… 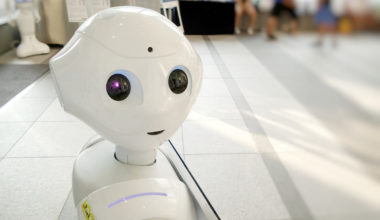 Clinically Reviewed by Cynthia V. Catchings LCSW-S
Technology has caused some issues for our mental health. When you’re comparing yourself to others on social media… 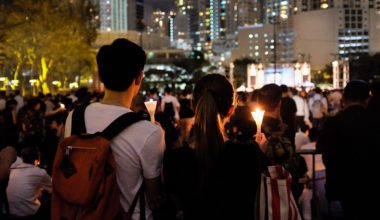