Breaking the Code of Silence: Black Americans and Mental Health

Because of stigma, lack of access and several other factors, only one quarter of Black Americans seek mental health care. Understanding these reasons is the first step toward making a change.

People living in rural areas or underserved neighborhoods have difficulty seeking adequate providers close to them. Furthermore, accessing care can be expensive because of the price of services and travel costs.

Many Black Americans lack access to quality providers due to ever increasing costs, even with insurance coverage. According to the American Psychological Association, African-Americans are more likely to use emergency medical services than their white counterparts, likely due to being underinsured.

Given the history of African-Americans in the United States in regards to slavery, collective cultural resiliency is particularly strong and in some ways a great disadvantage when it comes to accessing mental health services.

Additionally, some African-Americans have a hard time discussing mental health issues because their emotional conditions are often seen as “white issues.” There is still much cultural stigma around any acknowledgement of emotional conditions that are seen as a sign of weakness.

The Impact of the Tuskegee Experiment

In 1932, researchers at the Tuskegee Institute — in collaboration with the Public Health Service —  began a study known as the “Tuskegee Study of Untreated Syphilis in the Negro Male.” This study included 399 men who were diagnosed with syphilis and 201 men in the control group.

At the time, even more African-Americans lacked adequate health care. White researchers and local doctors promised the men clinic visits, treatment, and medication to manage and ultimately cure their conditions. What participants did not realize was the facilitators lied to them.

The men were studied longer than they expected and many died as a result. Researchers intentionally didn’t treat them with penicillin, which emerged in 1945 as a cure for syphilis. It wasn’t until the 1960s, when black researchers began to work at the Tuskegee Institute, that the illusion of treatment crumbled and the story of maltreatment hit the Associated Press. Social worker and epidemiologist, Peter Buxton – also known as Peter Buxtun — has been credited as the whistleblower who broke the story to the press.

Due to historical atrocities like slavery and the Tuskegee experiment, Black Americans have a history of accessing local spiritual and religious communities for much needed emotional and mental support.

Churches and religious fellowship have been at the heart of Black survival in the United States. Religious organizations served as organizing centers during the Civil Rights movement of the 1960s and many Black Americans continue to utilize pastoral services as a means for not only spiritual enlightenment but also for everyday guidance.

Trust is critical to developing a relationship with a therapist with whom you will ultimately discuss all your hopes and fears. Many Black Americans have interacted with mental health providers and medical personnel that lack a nuanced understanding of issues faced by communities of colors. This creates an environment of distrust.

Fortunately, now more than ever, graduate schools and therapist training programs are helping therapists in-training gain more experience in treating diverse populations. These programs are also helping therapists uncover their hidden biases and prejudices about Black Americans and other marginalized groups. Providers are now a lot more equipped in addressing the needs of communities of color.

Black Americans can be assured that therapists of all ethnicities and backgrounds are dedicating themselves to develop a deeper understanding of the needs and barriers that Black Americans face when engaging in therapy. If you are having a tough time and want support, don’t suffer in silence. 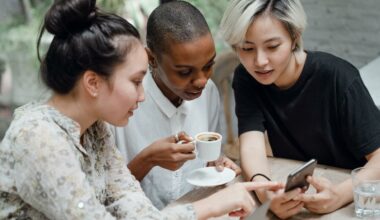