Much of the relationship between Black Americans and therapy (and mental health more broadly) is rooted in a history of oppression and fear. The trauma and legacy of mistreatment of Black bodies has created a relationship of distrust between Black patients and health providers. Incidents such as the Tuskegee Experiment and the story of Henrietta Lacks are just a few examples. The story of Henrietta Lacks is relatively modern and reflects how, in an effort to advance the scientific understanding of cancer, medicine misrepresented itself, and withheld information from the Lacks’ family about the use of Henrietta’s (and their) contributions.

There’s no way of accurately gauging the likely thousands (if not more) experiments conducted on Black bodies when slavery was the law of the land.

The legacy of slavery has also created a dynamic in which Black Americans fear that care at the hands of white authority figures is ultimately motivated by the ways in which white folks stand to benefit, instead of simply treating the client.

This deep level of distrust of the medical community continues today, as more and more research reveals just how deep racism has permeated its history. In medicine, this often means that providers don’t take the pain of Black patients seriously. Black pain is seen as less severe and is thus undertreated and often treated with more suspicion. Mental health providers have historically seen African Americans as more paranoid than their white counterparts, creating a stereotype that Black Americans are more likely to suffer from schizophrenia, when there is conflicting data on the topic.

As a Black person, there’s plenty of data to suggest that one should be wary of health professionals.

The Ongoing Battle of Stigma

On the whole, the stigma surrounding mental health is decreasing. While “mental health,” in some communities, is still thought of as a “white” issue, there is an ongoing shift The stigma is continuously chipped away at by brave people sharing their mental health stories, celebrities using their platforms to evangelize the benefits of mental health, and the rise of mental health providers in online spaces.

Jay Z has previously talked about how his experience with therapy helped save his marriage to Beyonce. Kid Cudi famously opened up about his mental health on Jada Pinkett Smith’s show Red Table Talk. Charlamagne (of the Breakfast Club) has also talked famously about his experiences and appreciation for therapy. And, for better or for worse, Kanye West has also been a visible advocate for mental health treatment as well. These declarations are tremendous for the mental health of Black Americans, especially Black men. This population, many of whom have experienced great trauma, are among the least likely to access mental health services.

This is just a short list of famous Black people who have lent their voices to eradicate stigma. For every public figure that opens up, there are many more in online forums and on social media, gaining community and dishing out support.

The conversation is more plentiful than it has ever been, yet advocates face constant detractors online, who seem to want to keep Black people in the dark ages of mental health. For every progressive view on seeking treatment, is another who relies on old, internalized racist tropes that Black people don’t need emotional support and healing.

As a Black therapist myself, one of the most common things I hear when Black clients reach out to me falls along the lines of “It took me so long to find you!” While I’d like to think that I’m a super special and talented therapist, the truth is that my visible Blackness communicates something powerful to potential clients — that maybe they can truly be themselves, and be believed, in a therapeutic space.

I have many white colleagues who are more than capable at providing good therapy to all sorts of clients. Yet, there are also many other providers who naively think they understand the lived experiences of Black clients. This arrogance leads them to provide inadequate treatment to Black clients, misunderstanding nuance and pathologizing very normal, culturally appropriate thoughts and behaviors. Finding the right therapist as a Black client can be very challenging, even in metropolitan areas like New York City.

It has been well-established that ongoing minority stress chips away at the mental health of Black Americans. In addition, the ongoing trauma of directly experiencing or witnessing the violence enacted against Black bodies, negatively affects the psychological health of African Americans.

My hope is that as we continue to move forward, more and more Black Americans will be able to honor the reality of their emotional experiences and access more spaces for healing, whether that takes place in community forums and events or via professional therapeutic support.

The 3 Things That Influence Your Success in Therapy

Read More
Published on: 14 Dec 2017
It’s that knot of anxiety in the pit of your stomach when you walk down the street. You… 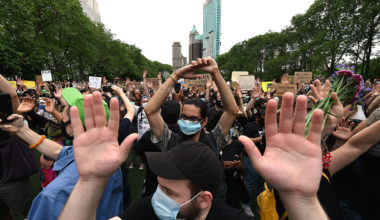 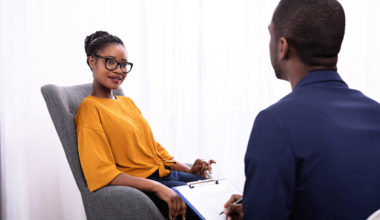 Read More
Published on: 30 Jul 2019
These days, there are more ways to find a therapist than ever before. But, some might feel it’s…