Why We Don’t Talk About Miscarriage

Miscarriage and stillbirth are emotionally intense and very unique forms of grief and trauma, ones that often occur in privacy and silence. For parents eagerly anticipating the arrival of a new family member, fetal death — whether it occurs early or late in pregnancy — can be devastating. The shroud of secrecy that hangs over these topics may make it challenging to talk about, but it’s critical to bring these conversations into the light.

I talked with two experts, Boston-based psychologist Aline Zoldbrod and Doctor Elizabeth Fitelson of Columbia University’s Department of Psychiatry, about the emotional and cultural issues surrounding miscarriage and stillbirth — and how to approach this very distinctive life experience.

Fitelson notes that advances in medicine have been a double-edged sword for new parents; neonatal mortality rates are dropping dramatically, and many people think of doctors as able to “fix” whatever crosses their path. The public perception of pregnancy, she says, has changed. It’s no longer a high risk life event for gestational parent and child, but a routine affair, with problems in pregnancy viewed as manageable.

The truth is actually more complicated. More advanced medical care has made it easier to identify and treat problems in pregnancy. But some problems aren’t surmountable. “In a large percentage of pregnancies,” she says, “things simply don’t come together, and miscarriage is the expected outcome.” The silence about miscarriage statistics shapes the way we think about pregnancy and parenting, often to the detriment of expecting parents.

According to the March of Dimes, an organization devoted to neonatal welfare, around 10-15 percent of pregnancies end in miscarriage, with pregnancy loss before 20 weeks gestation. The real number may be much higher, as some pregnancies quietly end before people are even aware they’re pregnant. While the relatively common nature of miscarriage doesn’t make it less tragic, it does highlight that this experience is not exceptional, and parents facing miscarriage are far from alone. Stillbirth, death after 20 weeks, is far less common, occurring in less than one percent of pregnancies — but given the number of pregnancies across the United States in any given year, that’s a tremendous number of people facing an intense emotional experience.

Why Miscarriage Is So Hard to Talk About

Given that miscarriage is relatively common, I asked Fitelson, why is it so hard to talk about?

Those medical developments, she says, come with added burdens, like extremely accurate pregnancy tests that can identify a pregnancy very early, and advanced diagnostic and medical imaging techniques to go with them. That has many parents identifying closely with a fetus from the start, which makes a loss more intense — and it’s compounded, she says, by the increasing involvement of nongestational parents (ie, the parent non carrying the child) in pregnancy. These aren’t bad things, and parents shouldn’t be afraid to get excited about and connected to a pregnancy, but the feelings can intensify the sense of loss.

She comments that the traditional wisdom of not announcing a pregnancy until after the first trimester — when the risk of miscarriage drops dramatically — can have unintended consequences. If parents never announce a pregnancy, they may have difficulty announcing its loss as well. “It leaves women isolated because they haven’t actually shared,” says Fitelson, making it awkward to announce both a pregnancy and a bad outcome at the same time.

“Because miscarriage isn’t talked about a lot, women’s expectations are that everything’s going to be fine,” she adds, highlighting the danger of viewing pregnancy as routine. Many of her patients don’t just experience grief. They also feel guilt and shame, wondering if they did something wrong or somehow caused the pregnancy loss. “It’s a very difficult feeling to have, when it’s completely not the truth.”

For some expecting parents, a miscarriage can feel like a loss of a child, but that child occupies a strange liminal space outside the family. While parents may be anticipating a baby, thinking about what they might look like and what kind of person they’ll grow up to be, outsiders to the relationship never meet a baby, and never form an attachment. Outside of scattered ultrasound photos, the child is an abstraction, which can lead to harsh comments, even if they’re well meaning.

Parents may hear: “Well at least you know you can get pregnant,” “it just wasn’t meant to be,” “they’re in a better place now,” or “you can always try again” instead of an expression of sympathy and shared grief. “Many people minimize it,” Zoldbrod comments. “It’s incredibly traumatic.” That lack of validation can make parents hesitant to reach out and be frank about their experience.

It’s hard for nongestational parents, too. While they don’t experience the physical and hormonal changes of pregnancy, and the sensation that another human being is growing inside them, they also form an attachment. Many nongestational parents are highly involved in pregnancies as active participants, but when it comes to pregnancy loss, friends and even family may not understand how emotional the experience can be. Fearing lack of compassion, people may grieve silently and in private.

Coping With the Emotional Aftermath of Miscarriage

Fitelson comments that anxiety, depression, and stress can all accompany miscarriage, and for gestational parents, these emotional responses may be intensified by the rapid hormonal change that accompanies pregnancy loss. Their bodies have been preparing physically and hormonally for an event that doesn’t happen, and for people who are “extremely sensitive to hormones,” she says, that can result in an emotional crash.

These feelings, she stresses, are valid: A miscarriage is a loss, whether parents view it as the loss of a baby or the loss of potential. For parents who have been struggling to get pregnant, it can be accompanied by more complex feelings, including, potentially, grief for prior lost pregnancies. Grief may spill over from other aspects of life — people may be processing the deaths of loved ones, or major life changes, and the grief can start to feel overwhelming.

“There are no rules,” Fitelson says, for grief and recovery from miscarriage and stillbirth. Every person responds to trauma in their own way and at their own pace. For friends and family members, respecting and validating that grief is very important. Acknowledging the grief and treating miscarriage and stillbirth as real losses create a safe space for people to talk about their experience.

Taking time to grieve is also important, including, if possible, time off from work. Some people find it helpful to travel — or to throw themselves into projects — while others like to spend some private time. For those experiencing stillbirth, the opportunity to hold the baby, take photographs, and keep mementos like footprints or hair clippings, can be incredibly valuable. Organizations like Now I Lay Me Down to Sleep offer volunteer photographers to memorialize a stillbirth, and even if parents aren’t ready to look at those photos right away, they may be treasured in the future.

Among her patients, she notes, once people start talking about miscarriage and stillbirth, it’s common for friends and family to come out of the woodwork with stories of their own. Hearing that others have gone through the experience can help people work through grief and find commonality — and attending a miscarriage or stillbirth support group can be very beneficial. Community organizations, birthing centers, hospitals, and mental health professionals often offer pregnancy loss groups and may divide by gestational age so people can connect with parents who know how they feel.

Sometimes, support of friends and family isn’t enough. There’s cause to worry when grief starts to interfere with people’s lives, and when they have trouble going about their day. If someone appears to be suicidal, or is contemplating self-harm, it’s especially critical to get outside help. But therapy can be helpful even when people aren’t feeling like their grief is out of control — talking to a professional in a safe setting can help people unpack and process grief, with or without a partner. And it’s not about “getting over it,” but moving forward.

Miscarriage doesn’t have to be the subject of silent stigma and shame, but that’s a process that begins one person at a time. Being frank about pregnancy loss can reduce the sense of feeling alone, while affirming the validity of grief can help parents feel more comfortable grieving with their community, rather than doing so in isolation. 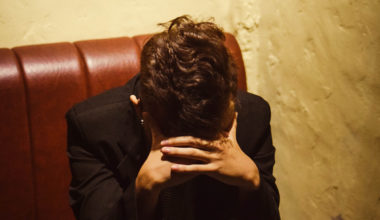 Read More
Published on: 12 Oct 2019
While dealing with grief, often we want to speed through it, get it over with, be done with… 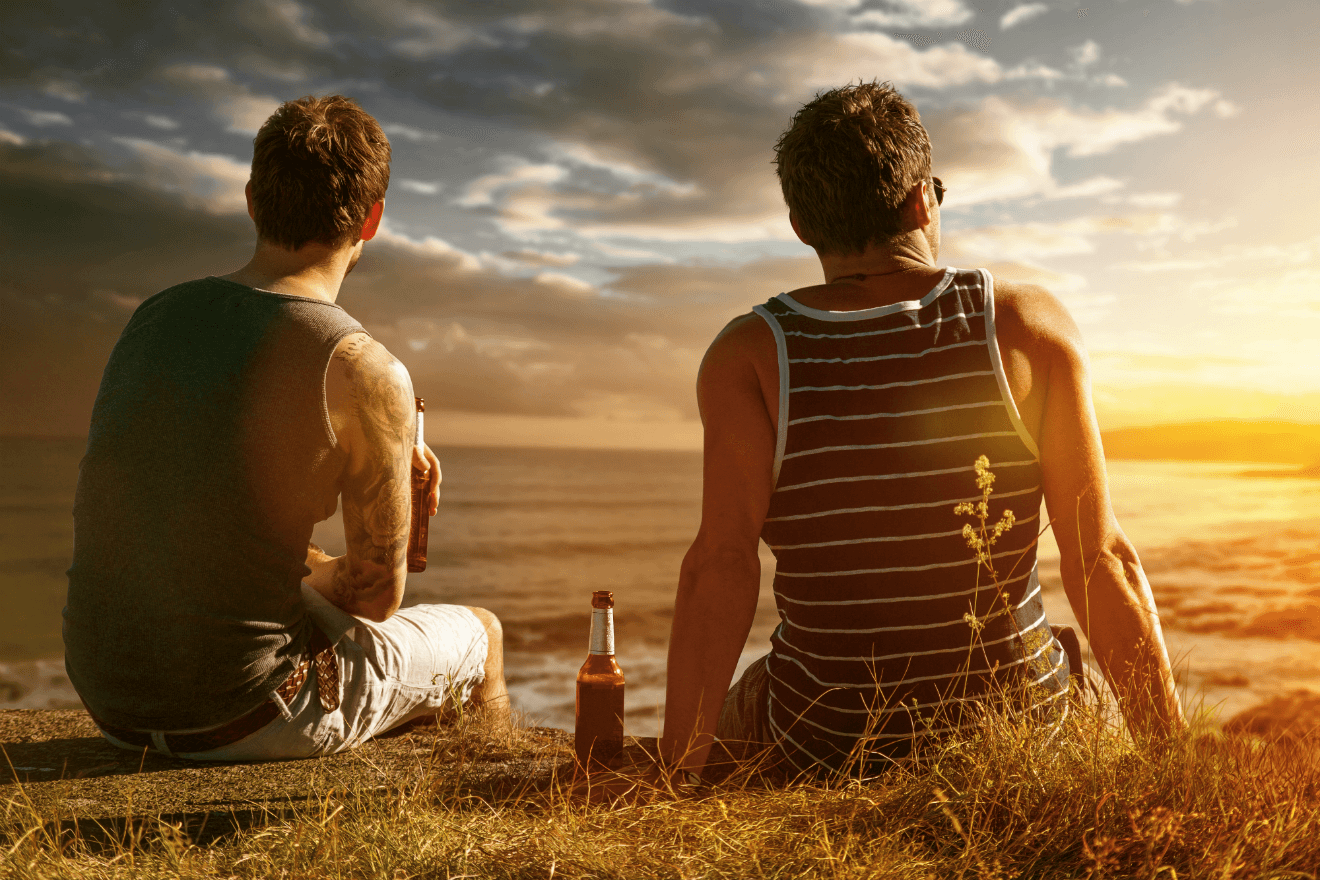 Read More
Published on: 06 Nov 2017
The text message hit like cannon fire from close range. I crumbled to the ground, holding my stomach.… 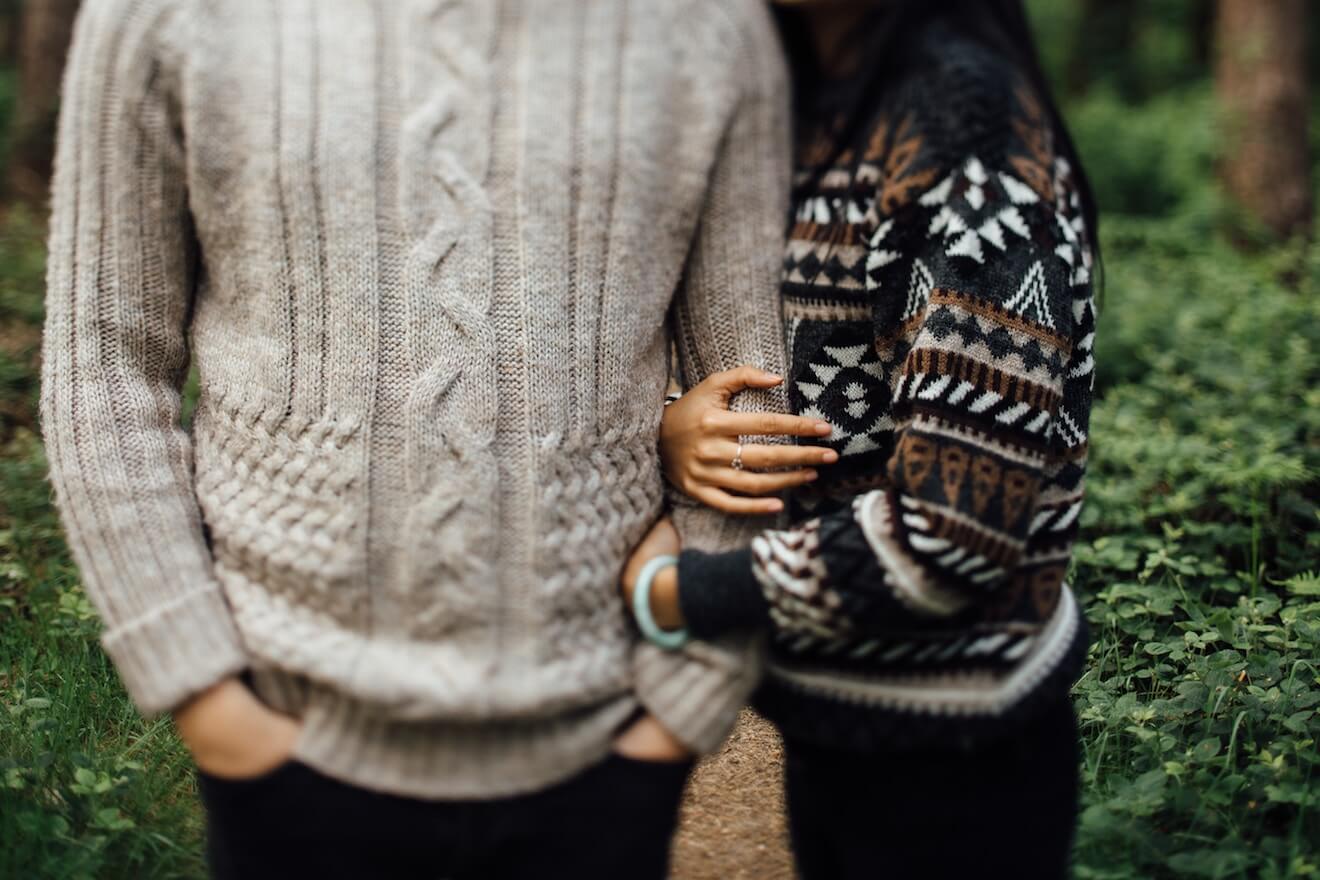 Read More
Published on: 08 May 2018
Ever been on the receiving end of the following conversations? It’s Mother’s Day brunch, Thanksgiving, or the Fourth…