The History of PTSD

June is PTSD Awareness Month. To participate in raising awareness and challenging the stigma of mental illness, we are publishing several pieces that show what it means to live with PTSD.

Soldier’s heart. Shell shock. Combat exhaustion. Traumatic neurosis. Gross stress disorder. Combat fatigue. Rape trauma syndrome. Post Vietnam syndrome. It’s gone by many names, but post-traumatic stress disorder symptoms have been cataloged for thousands of years. In fact, descriptions of PTSD can be traced to ancient texts such as The Iliad and The Odyssey.

Soldiers from nearly every war, accident victims, and survivors of natural disasters, rape, and child abuse have exhibited the classic signs of PTSD, including reliving the event, avoidance, negative beliefs, and hyperarousal.

To best tell PTSD’s story, World Wars I and II — and particularly the Vietnam War and Women’s Movement in the 1970s — best capture the evolution of the diagnosis, treatment, and popular perception of what is now code 309.81 in the Diagnostic and Statistical Manual of Mental Disorders: PTSD.

At the dawn of World War I in 1914, PTSD symptoms weren’t new. Civil War soldiers had exhibited the same nightmares, panic, and psychological disruptions. The condition was termed Soldier’s heart or nostalgia, and largely seen as a weakness or character defect.

What did make WWI new were the industrial weaponry improvements that made war more dangerous. These war technologies included: tanks, flamethrowers, poison gas, much larger artillery rounds, and airplanes. British psychologist Charles Myers used the term “shell shock” to describe the traumatic maladies plaguing troops. The prevailing thought was soldiers’ time in trenches with large guns caused poor nerves and physiological and psychological trouble. Like the Civil War, this was chalked up to defect or poor moral character.

“In the view of traditionalists, a normal soldier should glory in war and betray no sign of emotion,” Judith Herman wrote in Trauma and Recovery. “Certainly he should not succumb to terror. The soldier who developed a traumatic neurosis was at best a constitutionally inferior human being, at worst a malingerer and a coward.”

Treatment included harsh strategies such as shaming, threats or punishment, and electric shock therapy. As the mental health field started to expand, luckier soldiers found kinder “talking cures” to rid them of their nightmares, high-alertness, and other symptoms.

As soon as the war receded into the background and the Great Depression took over, shell shock retreated until the next political catalyst brought it back out of the shadows: World War II, which proved even deadlier.

“During the war itself, the incidence of psychological breakdown in the U.S. Army was three times that of World War I,” David J. Morris wrote in The Evil Hours: A Biography of Post-Traumatic Stress Disorder. “Over half a million men were permanently evacuated from the fighting for psychiatric reasons, enough to man fifty combat divisions.”

By now, at least one professional was ready to see soldier’s symptoms for what they were. A combination of studying World War I veterans and the beginning of World War II led American anthropologist and psychoanalyst Abram Kardiner to publish his seminal 1941 study, The Traumatic Neuroses of War. In this text, Kardiner outlines what would become the basis for understanding modern-day PTSD.

“He believed that many of the symptoms observed in combat veterans of the First World War…could be understood as resulting from chronic arousal of the autonomic nervous system,” Herman wrote. “He also interpreted the irritability and explosively aggressive behavior of traumatized men as disorganized fragments of a shattered ‘fight or flight’ response to overwhelming danger.”

Kardiner may have been ahead of his time in defining what was then called traumatic war neurosis, but his work did help redefine the character of those affected by these symptoms.

“It was recognized for the first time that any man could break down under fire and that psychiatric casualties could be predicted in direct proportion to the severity of combat exposure,” Herman wrote.

Treatment options turned toward psychoanalysis but in a rapid triage format. Experts believed that emotional attachments among comrades was essential to minimizing traumatic war neurosis. Those taken off the front lines for treatment often only received a week of care before they were placed back in the line of duty so as not to be separated from their “band of brothers.”

Despite an improvement in perception of the disorder, returning WWII veterans were quick to shut the war out of their lives as much as they could, a situation the public was all too happy to enable.

“It was a different culture that they came back to,” Andrew Pomerantz, chief of mental health services for the Veteran’s Association in Vermont told PBS. “It was a culture of…‘We won the war; we’re really great.’…When I ask them one of my standard questions — ‘Have you ever talked with your family about what happened?’ — the answer is almost invariably no. Almost to a person, it’s always ‘No, I haven’t.’”

Soldiers may have tried to bury their wartime experiences and difficulties, but traumatic war neurosis didn’t go away.

“One such study, published in the American Journal of Psychiatry in 1951, examined two hundred World War II veterans and found that 10 percent of them still suffered from ‘combat neurosis,’” Morris wrote. “Evidence indicates that many World War II veterans were unable to put the war behind them.”

These statistics didn’t go unnoticed. A diagnosis called gross stress reaction made it into the first edition of the American Psychiatric Association’s DSM-I. This was defined as “a stress syndrome that is a response to an exceptional physical or mental stress, such as a natural catastrophe or battle; it occurs in people who are otherwise normal.”

And then came the turning point, the Vietnam War.

This started when Vietnam Veterans Against the War organized “rap groups” to discuss their difficulty in returning to civilian life and the terrible symptoms they experienced from “combat fatigue.” By the mid 1970s, there were hundreds of rap groups around the country. They defined their plight as Post Vietnam syndrome and put it on the political map.

Meanwhile, feminists participated in consciousness-raising groups, which created a forum to discuss their own traumas, such as rape and child abuse. Like the VVAW, the consciousness-raising groups were both therapeutic and political. Out of the Women’s Movement came a call for rape centers (the first opened in 1971) and re-defining rape as a violent crime rather than a sex act.

In 1974, researchers Ann Burgess and Lynda Holmstrom conducted one of the first studies on rape. Their findings matched what soldiers had experienced for generations.

“They noticed a pattern of postrape symptoms: sleeplessness, paranoia, an exaggerated startle response, nightmares, and a host of phobias related to circumstances of their attack,” Morris wrote. “[They] decided to call this phenomenon ‘rape trauma syndrome,’ [and] noted that the same symptoms they had observed had been described 30 years before in survivors of war.”

The result of these two political movements converging led to significant rallying power, so much so that the official diagnosis of “post-traumatic stress disorder” was added to the DSM-III in 1980. Finally trauma survivors had an official diagnosis and the validation they deserve.

As the definition of PTSD has evolved, so have therapeutic techniques across the VA, clinics, and individual therapists. The most popular treatments address both the physical and mental symptoms of PTSD. This includes modalities from behavioral therapy to sensorimotor processing to prolonged exposure therapy and many more.

Public perception, too, has moved toward accepting survivors, from soldiers returning from combat in recent years, to survivors of natural disasters or terrorist attacks, and those who have escaped rape and abuse.

With the validation of an official diagnosis, growing knowledge-base from the mental health community, and increased awareness and compassion from the public, maybe true healing for all generations of people can now begin.

Talkspace Online Therapy is The #1 Tool for Divorced Men

PTSD and Borderline Personality Disorder: A Gendered Divide in Diagnosis? 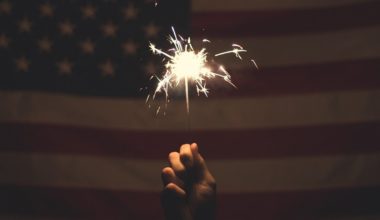 Read More
Haunted by nightmares — unable to shake memories of explosions, death, and visions of war — veterans can… 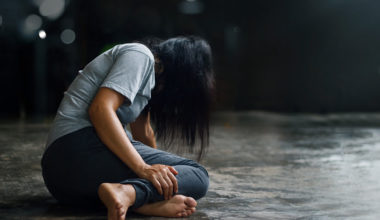 Clinically Reviewed by Jill E. Daino, LCSW-R
All of us experience difficult times in life. Some experiences may even be traumatic in nature. But sometimes… 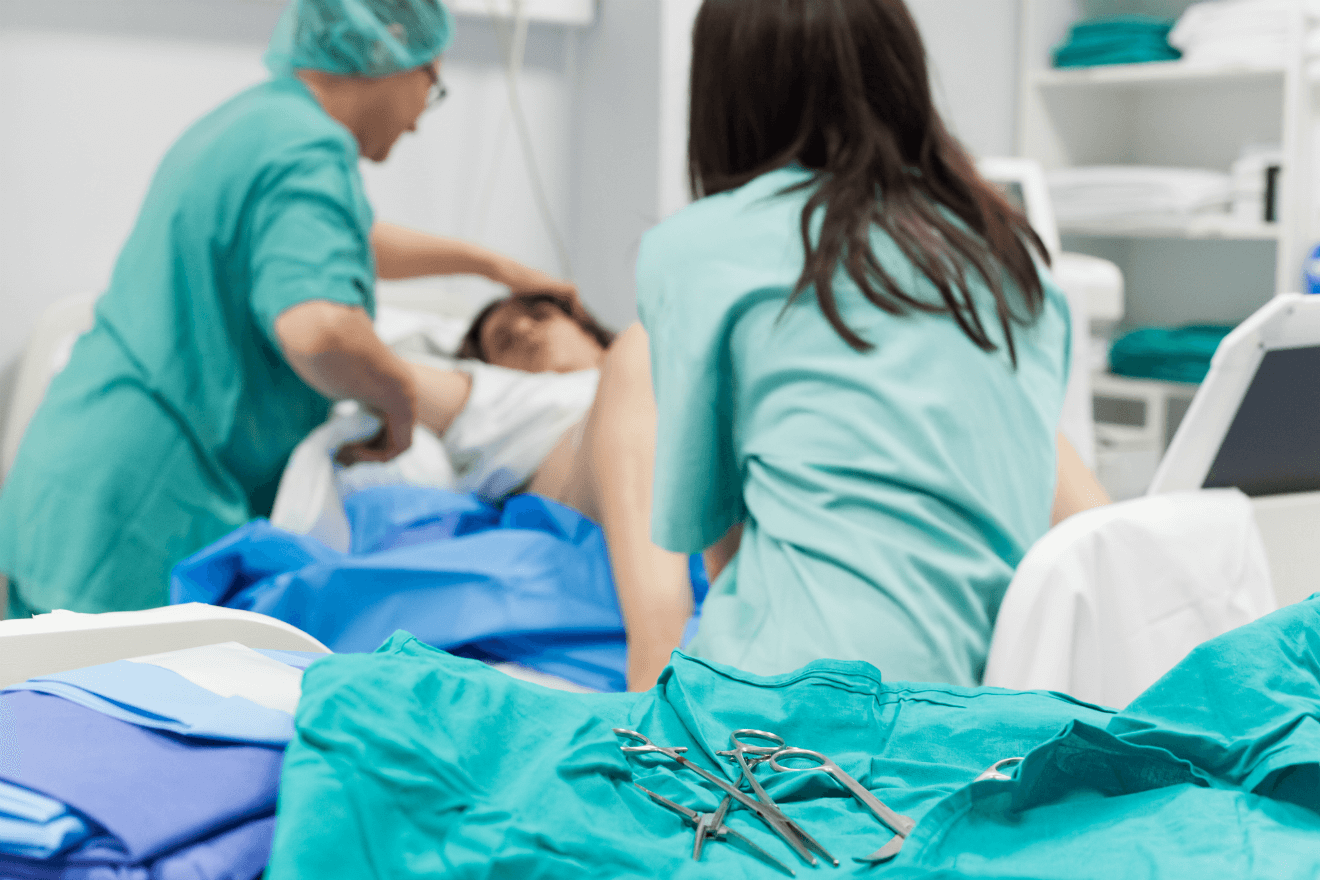 Read More
Giving birth can be one of the biggest events in a person’s life, and it’s a loaded experience.…