Should You Disclose a Mental Illness During the Hiring Process?

I run around my apartment a little out of sorts, throwing random items of clothing into an overnight bag. From reading the hospital’s website, I know I can’t bring anything with drawstrings, but I throw my green hoodie in the bag anyway. I can’t imagine being without it.

My packing done and my hospital check-in time set, I’m not sure what else to do with myself on a Friday afternoon. I haven’t been to work in three days, but I guess I should inform them what’s happening. I hop in the car and fly over to the office to catch up on a few hours of work before being locked in a mental hospital for a week or to officially ask my boss for more time off, or…I don’t know what I was thinking. I was clearly in a paranoid, panicked, mentally ill state.

When I arrive at the office in a flurry, now afraid I will be fired, I head into my boss’ office and utter those dreaded words, “Can I talk to you?” I proceed to plop down and haltingly explain that I need another week off because I am dealing with a mental health issue and I am admitting myself to the hospital where I will have no access to email. I proceed to profusely apologize, and it doesn’t even hit me that my mental health revelation could have negative consequences.

I disclosed to my boss my mental health because the only option I could think of to explain an unplanned one-week absence at the time was the truth. Lucky for me, my boss and company were understanding and there have been no repercussions. But I know not everyone is so lucky. And, I had already been employed at my company for more than a year.

The idea of disclosing a mental illness to an employer after being hired is already contentious, let alone during job applications and interviews. It’s important to weigh both sides of the issue before making a decision on whether or not to reveal a mental health issue during the hiring process.

Why Not To Disclose

Stigma is still one of the largest issues plaguing mental health. While there have been improvements in awareness and acceptance, this is certainly not the case in all workplaces. For this reason, it may not be a good idea to disclose a mental illness during the hiring process.

A 2014 study published in the Employee Responsibilities and Rights Journal found that among 600 people with disabilities, including approximately half with mental illness, a full quarter of respondents found “they received negative responses to revealing their problems — such as not being promoted, being treated differently, or being bullied.”

The Anxiety Disorders Association of America’s 2006 survey on stress and anxiety in the workplace also supports this finding. Only 40 percent of employees whose stress interfered with their work disclosed the information to their employer. The top reasons? Fear a boss would take the news as disinterest in their work, fear of being labeled “weak,” concern it would affect advancement opportunities, or go in an employee’s file.

“I would never tell my clients to disclose,” says Los Angeles-based therapist Sarah Schewitz. “I think it would [be a] drawback in getting hired. I think it would automatically place a stigma on them that’s not necessary and I just don’t think it’s information an employer needs to know.”

Regardless of whether you decide to disclose or not, the Americans With Disabilities Act provides protection for those with mental health issues.

The ADA was signed into law in 1990 and provides basic rights for workers with disabilities, including those with a history of psychiatric disability. It means “employers can’t take actions (such as failing to hire, demoting, or denying training opportunities) because they believe a qualified applicant or employee might have a psychiatric disability.”

The law also prevents potential employers from asking questions during an interview about physical or mental illness. You are not required at any point during the interview to disclose your illness history, nor on the job if you so choose. Be prepared though that an employer may ask about your ability to perform certain tasks that will touch on issues impacted by mental health, such as high pressure situations or conflict resolution.

Another provision covered by the ADA is the right to job accommodations as long as they don’t cause “undue hardship” for an employer. This could mean permission to work from home on some days or the need for a flexible schedule, for example. In order to gain accommodations, you do need to disclose some information about your health to your company. This does not need to be disclosed during the interview process, however, but at any point before there is an issue.

Despite the potential stigma and the very real consequences revealing a mental illness can have on one’s career, there are several reasons it may be beneficial to be upfront about a mental illness during the hiring process.

If mental illness has prevented you from working, there might be gaps on your resume that an employer will question. This could be a place where you’ll feel it a good idea to disclose any mental health issues.

“You may need to be very up front and disclose during the interview process,” licensed social worker Melody Wilding told The Muse. Wilding also advises that you can reveal you have or had a medical condition without going into further details if that feels safer. You can also consider telling an interviewer you left previous positions for personal reasons.

In addition, if you anticipate wanting accommodations for your mental illness under the ADA, you will need to open up about your mental health to your employer at some point. While this doesn’t need to be done during the hiring process, there may be silver linings to doing so.

First, it’s a good way to learn in a hurry how accepting a company is of mental health issues. After all, an employer who hires you knowing your history is one that clearly aims to provide a comfortable working situation for all employees, and is likely more willing to make necessary accommodations.

Secondly, a pre-hire disclosure can allow a company to set up a work structure ahead of time that supports your mental health needs.

“The advantage of disclosing the illness before you are hired is that the company may have some flexibility to structure your job in a way that minimizes the kind of stress that has caused you problems in the past,” psychologist Art Markman recommends to a Fast Company reader. “It will be easier for them to do that if they know about your history.”

Before discussing your mental health with a prospective employer, psychologist Susan G. Goldberg recommended to The New York Times that potential employees weigh a few questions.

Do you have a proven track record and references to back you up? Do you need to disclose detailed information about your mental health or does it serve you better to be more vague and hold some information back?

Another question to ask is, what is happening in the larger world? Unfortunately, it’s a question we still need to ask. “You probably don’t want to disclose after a mass shooting,” Goldberg advises, during which time mental illness becomes the scapegoat for mass violence, perpetuating dangerous myths about mental health.

If you make the decision to disclose a mental illness during the hiring process, you’ll want to consider how to frame the subject. To do this, reach out to a support group or therapist to walk through broaching the subject of mental health with a job prospect so that you feel comfortable and can control the conversation, even in an interview setting.

Disclosing mental health issues during the hiring process is a completely personal decision: at the hiring stage, after you’re hired, and beyond. Know that whatever you decide — to disclose or not — the decision is yours alone and you’ll want to consider it carefully. You might just be surprised by the supportive reaction you receive if you do broach the subject and you’ll be helping break the stigma for others struggling with mental health challenges!

How Staying in a Job You Hate Affects Your Mental Health

How Psychology Stigmatized Female Orgasm (and How We Got It Back) 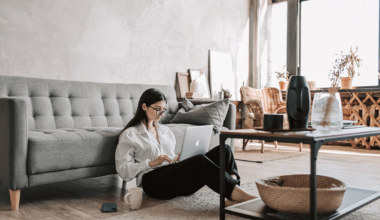 Read More
Published on: 05 Oct 2020
I’ve struggled with work addiction for most of my life. Even as a fifth grader, I remember staying…

Read More
Published on: 21 Mar 2018
“Do You Work for a Psychopath? 6 Warning Signs” originally appeared on Fairygodboss, an advice site that helps women get… 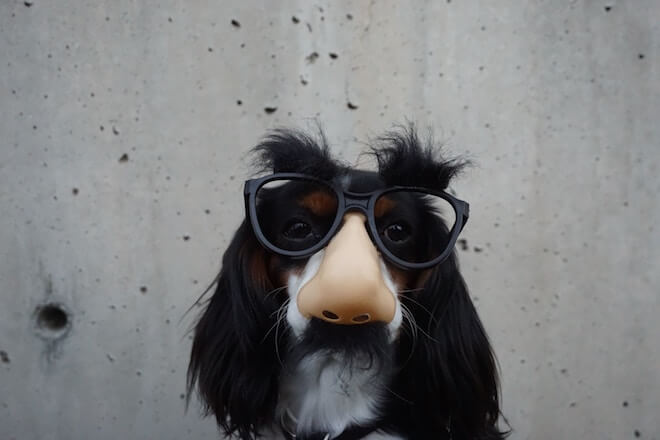 Read More
Published on: 14 Sep 2018
You go forth into the world to follow your dreams and shine your beautiful light — only to…