Sexual Harassment: Not All Boundaries Are Physical

The rise of the #MeToo movement in 2017 — a social movement against sexual abuse and sexual harassment — put the issue of sexual violence in the spotlight as individuals took to social media to publisize allegations of sex crimes and share personal experiences. Thanks in large part to this movement, we are all becoming more aware of the sexual harassment that is sadly pervasive in so many industries. From A-list celebrities to politicians and everyone in between — regardless of gender, religion, race or income bracket — millions of people have experienced some form of sexual harassment in their lifetime. We all need to be informed about what actually constitues sexual harassment, not only so we can call it out, but also to hold companies accountable and bring perpetrators to justice. It’s important to know that sexual harassment does not necessarily mean that a physical boundary has been crossed.

It is empowering to know your rights and what you can do about sexual harassment. It also encourages a call-out culture, where inappropriate behavior is not tolerated. This knowledge is the first step of societal progress that allows people of any gender to feel safe at work.

What is Sexual Harassment?

Let’s first take a look at the legal definition of sexual harassment in the workplace.

According to the US Equal Employment Opportunity Commission (EEOC): “It is unlawful to harass a person (an applicant or employee) because of that person’s sex. Harassment can include ‘sexual harassment’ or unwelcome sexual advances, requests for sexual favors, and other verbal or physical harassment of a sexual nature… It is illegal to harass a woman by making offensive comments about women in general.” Both the victim and the harasser can be either a woman or a man, and the victim and harasser can be the same sex. The harasser could be a boss, a supervisor in another department, a co-worker, or even a client or customer. Sexual harassment can occur anywhere, at any time, and can appear in many forms.

According to research, psychologists who research gender-related behavior have created a nuanced list of terms to precisely define the types of sexual harassment.

This type of harassment involves nonphysical sexual advances using tactics like pressure, deception, manipulation or threats. The perpetrator can take advantage of power imbalances dependent on sexual cooperation, like conditions of employment or education. In turn, the victim is made to feel that they “owe it” to the offender and are obligated to give into the advances.

Unwanted sexual attention involves sexual advances, but not always at the sake of professional advantages, or intimidation to comply. Unwanted sexual attention involves unwanted and/or unreciprocated declarations of romantic or sexual attraction, which are offensive to the victim being targeted. Some examples could be unwelcome physical affection or persistent demands for dates or sexual favours, regardless of any attempts of discouragement.

Quid pro quo is another form of harassment, which literally means “this for that” harassment. It can be a demand for sexual favors to receive a raise, a job, or a promotion but it can also be more implied such as a supervisor giving favorable jobs to someone. There may also be an environment of sexual harassment within a workplace. According to a 1995 report by the National Institute of Justice, a claim for quid pro quo sexual harassment must meet several criteria:

Sexual Harassment is Not Always Physical

Touching or grabbing of a sexual nature of course amounts to sexual harassment. But non-physical behavior can also be sexually harassing. According to the 2019 Sexual Harassment Policy from the US Department of State, unwelcome actions that are inappropriate and may constitute sexual harassment include sexual pranks, repeated sexual innuendo, verbal abuse of a sexual nature, and giving sexually suggestive gifts.

Sexual Harassment has an Extremely Negative Effect on Mental Health

There are significant mental health implications to harassment. “Oftentimes people are subjected to manipulation, feelings of powerlessness and lack of control,” says Derickson. “There is usually a period of escalation with behaviors so victims feel shame and guilt that they didn’t act sooner. Employees who speak out can fear being called trouble-maker or difficult. There are also concerns about ongoing employment  and worries about financial concerns.”

Being sexually harassed at work is far more than just upsetting or troubling — research has shown it has a detrimental impact on our mental well-being.

A 2011 study published in Society and Mental Health concluded that “women and men who experience more frequent sexual harassment at work have significantly higher levels of depressed mood than non-harassed workers.”

According to University of Oregon psychology professor Jennifer Freyd, sexual harassment can have wide-ranging effects, running from anxiety, depression, or post-traumatic stress disorder. “Pretty much any common form of emotional or psychological distress can be experienced after sexual harassment,” she said.

Sexual harassment at work can pose even more of a threat to your well-being because your livelihood is at stake, points out Bill O’Donohue, psychology professor at the University of Nevada. He told CNN: “Not only does it provide all the negative consequences of any sexual assault, but it also affects somebody’s ability to put food on the table and other functions that a job provides for you, including a sense of accomplishment, a network of friends, a meaningful career.” A 2020 study on work related sexual harassment and risk of suicide and suicide attempts found that there was “a prospective association between workplace sexual harassment and suicidal behaviour.”

Mental health problems can further be exacerbated when harassment is minimized in the news or mocked on social media. “That makes the victim relive the harassment or abuse, and this re-traumatizes the individual over and over,” says Catchings. Not only must the victim deal with the initial trauma, but they also feel less safe having come forward. “The victim loses trust, and that affects his/her personal and professional relations. It creates a culture of ignorance and invites abusers to perpetuate the behaviors.”

How to Cope When You’re the Victim of Sexual Harassment

It’s important to first acknowledge that sexual harassment is always the fault of the harasser, without exception. Though situations and circumstances around the harassment may change, remember that you are not at fault, nor are you alone.

Beth Derickson, a licensed clinical social worker at Talkspace says that: “Sexual harassment behavior can be very explicit, such as demanding sexual favors to receive a job or a raise, or implicit, such as telling a joke that is sexual in nature,” she says. “Often times we will hear implicit sexual harassment behaviors called creepy, weird, or touchy.”Sexual harassment at work is illegal and can have long-term consequences for your mental and emotional health as well as your career. There are some tangible immediate steps that you should take if we are being sexually harassed at work. “At work, we learn that if we don’t document it, it didn’t happen,” says Catchings. “Hence, recording and saving emails, texts, or notes is essential. If the harassment is in person, share what happened with a friend or coworker you trust and document.” Trust your instincts; if a behavior feels “creepy” then it is. If your place of employment has a Human Resources department, be sure to report any and all uncomfortable incidents. Additionally, you can visit the Equal Employment Opportunity Commission or discuss your concerns with the Labor Board within your state.

Though no one expects, nor should expect, harassment anywhere, harassment in public is often especially surprising and frequently involves strangers the victim is not acquainted with. “In a public place, being prepared is very important. Be familiar with your surroundings, and if you are alone, go to a place where other people can help you or be witnesses of what is happening. Mentally, reach for visualizations of scenarios where you feel safe and at ease but continue paying attention to your surroundings.”

Because most of us can typically think of our homes as our safe space, harassment where we live can shake our very conceptions of security and certainty. Cathings adds, “If the harassment is at home or at a friend’s or family member’s house, and you have someone who you feel comfortable telling about what happened or what is going on, it’s a good idea to tell them. You can ask them to make sure that the person harassing you is not present at events where you’ll be. This includes family visits and reunions, or places that might seem to belong to both you and the individual. You can share with this confidant that they can show their support by standing by you, even if it means in silence.”

Catching advises that, “The laws and punishments for harassing someone without crossing a physical boundary vary between countries. In some places, two neighboring cities could have vastly different regulations, from recognizing it as a hate crime to loosely enforcing what law is in the books. The best recommendation is to seek legal counsel from a professional you trust.”

How Therapy Can Help if You’ve Been Harassed

Inappropriate and unwelcome behavior does not need to be physical to constitute sexual harassment. Whether physical, verbal, emotional, or otherwise it can have a damaging long-term effect on mental health — and it’s important to remember that you have options at your workplace and under the law to file a complaint.

It can be hard to speak up if you’ve experienced sexual harassment, but know that your experiences are valid and should be shared so the offender is held accountable and doesn’t repeat their actions. It’s also important to give yourself time to process the incident; know that you’re not alone and there are people here to support you. It is crucial for your mental health that you speak to someone — a trusted friend, coworker, or therapist. Therapy can help you process the incident, empower you, and help you move forward in a healthy way. With online therapy, you can even consult a therapist from the comfort of your own home.

Why Do I Feel Numb? 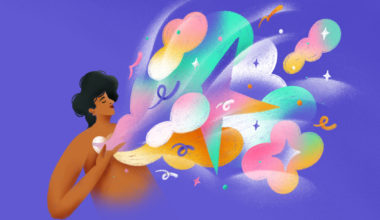 Read More
Published on: 08 Feb 2021
Illustration by Kenzo Hamazaki If you grew up experiencing violence or repression — whether in the home, from…

Read More
Published on: 19 Jun 2015
Updated on 3/3/2022 One of my clinical specialties is relationships (and abuse within them). So naturally, many of… 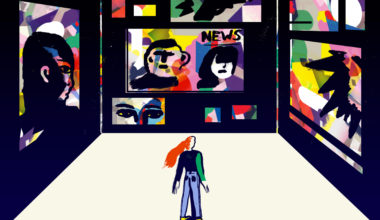 Clinically Reviewed by Cynthia V. Catchings LCSW-S
As time passed, I kept squeezing more and more into my hiding spot thinking that I could be…