How to Identify & Release Repressed Emotions

Learning to identify and release repressed emotions can be a complex but extremely rewarding and life-changing process. Holding our emotions inside for too long can lead to irrational, unhealthy, even explosive behavior.

Keep reading to learn what repressed emotions are and why you might feel the need to hold back your feelings. We’ll look at repressed emotions symptoms and what physical and psychological effects you might be experiencing. We’ll also cover some effective, practical tips for understanding and expressing your feelings properly, so you can learn to live a happier, authentic life.

What Are Repressed Emotions?

Repressed feelings are those that are unconscious. They differ from suppressed emotions, which are feelings you intentionally avoid because you’re unsure of how to deal with them. When you suppress things, you know that you’re pushing them down.

For instance, say you have a bad argument with your significant other tonight. You have an especially important business meeting to attend in the morning. So, you might choose to suppress how you’re feeling about the argument until you make it through that meeting when you have the time and energy to focus on your feelings more. This is an example of suppressing emotions.

Emotional suppression can be beneficial as a short-term solution, as long as you know it’s important to return and address what you’re avoiding as soon as possible.

On the other hand, repressed emotions are never processed. The problem with this is they don’t just go away. Instead, they’ll likely show up in the future — often in the form of possible psychological or physical symptoms.

Why do we repress our emotions?

Repressed emotion often stems from a distressed childhood. Perhaps as a child, you learned it was safer to avoid positive or negative emotions because that’s what your primary caregivers taught you to do. You may have learned to bury powerful and difficult emotions deep inside because you weren’t allowed to express them openly. As this behavior becomes a habit, you can become an expert at repressing your emotions, sometimes without even knowing what you’re doing.

If your parents or caregivers judged or criticized your emotional expressions, never talked about any positive or negative emotion they experienced, or failed to encourage you to express yourself, as an adult, you might feel out of touch with your emotions and unsure of how to express them in a healthy, productive way.

Most people tend to repress powerful and difficult emotions, especially those that are associated with unpleasant past experiences. We commonly repress what we fear others might consider as negative feelings like frustration, fear, sadness, disappointment, and anger. People don’t typically repress positive emotions like joy, love, and happiness.

Again, this could go back to childhood, especially if you were told things like:

It’s important to point out that there’s a difference when statements like this are used occasionally to redirect or calm a child down. They generally only become detrimental when they’re used to stifle children’s natural emotional expression. When feelings aren’t honored or validated, it can teach children that their honest emotions aren’t of value.

Even if your parents didn’t intentionally discount your emotions, it’s possible they may have inadvertently discouraged you from expressing yourself freely. As a result, you might have begun to consider disappointment, anger, sadness, and other strong emotions as being inappropriate ways for you to express yourself.

Additionally, if you continuously got reinforcement that it’s more appropriate to express positive emotions like happiness and joy, you might have learned it’s only OK to share the good (not negative) emotions. This learned behavior can easily carry over to adulthood.

“Sometimes we experience situations that are so troubling that our mind’s initial response is to protect us by repressing our emotional response. If you find yourself acting out of character, or saying or doing things that seem like surprising reactions, even for you, it could be time to talk to a licensed therapist or psychiatrist about what’s going on so you can work to get to the root of what’s causing this.”

How to Know if You Have Repressed Emotions

Holding your negative feelings inside for too long can have a detrimental effect on your physical and mental health. Although we know that emotional reactions can’t directly give us physical ailments like a cold or the stomach flu, research does suggest that emotional repression might weaken our immune system and ultimately have consequences on both physical health, mental health, and our general well-being. This can make it more difficult to overcome everyday health challenges.

Research from the University of Arizona on the benefits of emotional acceptance suggests that emotion regulation might be associated with sickness symptoms. Still, more research is needed to definitively determine the effects of repressed emotions and emotional acceptance.

It’s believed that repression of emotions might contribute to:

Unresolved and repressed anger or other repressed emotions may also contribute to the development of hypertension (high blood pressure), cardiovascular disease, and gastrointestinal problems. Research continues to explore how emotional repression and acceptance can affect human health.

How repressed emotions can show in your behavior

How we act and respond to people in our lives can be a direct response to emotional repression. Some signs of repressed emotions are:

It might also be common to avoid dealing with your true feelings by watching too much TV, spending too much time on social media, or abusing drugs and alcohol.

How repressed emotions can show in your feelings

If you’ve repressed your emotions, it can be extremely challenging to explain how you feel to those around you. In particular, identifying and naming your emotions can be difficult, if not impossible.

To further complicate things, you might not be able to understand or express when things in your life aren’t good for you. Some signs of repressed emotions are:

“At times, many people are quick to experience the feeling of anger. When we start to dig a bit deeper, it is soon found that their root emotion may be something like fear, sadness, and/or disappointment. If you’re having a really intense anger response, see if you can step back from this experience to learn what is underneath the anger.”

Tips for Releasing Your Emotions

Learning how to stop repressing emotions can be restorative for both your physical and your mental well-being. Consider some of the following techniques to help you express and regulate your emotions in a healthy fashion.

Talking with a therapist or other mental health professional is an excellent first step towards learning how to release your repressed feelings. A therapist can help you understand the roots of why you repress your feelings. They can also offer professional guidance and support for you as you begin exploring things on a deeper level.

Through therapy, you can learn to better understand your feelings, increase your comfort, and develop different methods that allow for healthy emotional regulation. You’ll discover how to be comfortable talking about your emotions and sharing your needs. Most importantly, you’ll begin to understand how to keep your own emotions in perspective as you try to navigate how others around you feel.

Stay in touch with yourself

Make it a point to check in with yourself often. Ask yourself how you’re doing. If you have difficulty self-talking like this, writing in a journal is an excellent strategy. You can try drawing a picture to express your feelings. Some people find that music also works very well. Find a song that really shows how you’re feeling and helps put you in touch with your mood.

Use “I” phrases to feel better

Accepting your emotions and releasing them is all about understanding yourself. Start with “I” phrases like:

The goal here is to become comfortable being in touch with your emotions on a constant level. It’s OK if you feel awkward about practicing self-care like this at first. Take your time, because even small steps can help a lot.

“It’s important that you give yourself a LOT of grace while working through repressed emotions. It’s common to have a wide range of emotions, but it can feel overwhelming at times. The fact that you’re doing the work is something to be really proud of.”

Regardless of what emotions you’re feeling at any moment, let go of the judgment. Just experience your feelings and see where that takes you. It can be helpful to try naming a reason for the emotion you’re having.

As you become more comfortable expressing emotions to yourself, gently phase into sharing with others in your life who you’re close to and trust. Encourage them to share their emotions with you, too.

Start Getting in Touch with Your Emotions

It’s completely normal to want to avoid bad feelings. Many people feel at least a little anxiety when faced with confronting intense, deep emotions. However, even though it may seem counterintuitive at first, embracing negative emotions you’ve buried can significantly improve your emotional well-being.

As you become familiar with and more comfortable expressing your emotions, it’s very likely you’ll start to find more success in your personal life. Enjoying deeper relationships with others is a rewarding part of the human connection, and it’s something everyone should experience in life.

Talkspace offers online therapy that can help you learn to identify and confront your repressed feelings, so you can begin developing deep, meaningful connections in every aspect of your life. Learn how our approach to therapy can work for you.

How to Tell the Difference Between Good and Bad Stress

How to Be Happy Again: 14 Tips 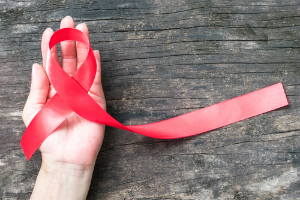 Read More
Published on: 30 Nov 2016
Being diagnosed with HIV is no longer the end of a life. For those with access to appropriate… 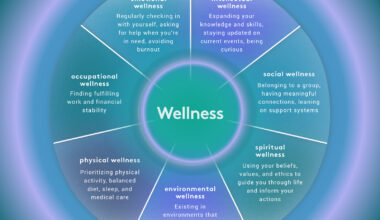 Clinically Reviewed by Kate Rosenblatt, MA, LPC, LMHC
The wellness wheel is a visual tool that shows each category of wellness on a wheel. It gives… 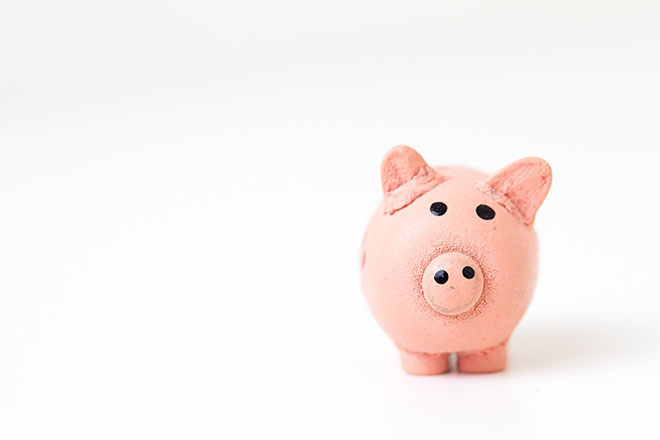