What Moms Need Most is Their Mental Health

Lacking mental health support, too many American women experience emotional crises as they navigate contemporary motherhood. As founder of ESME.com (Empowering Strong Moms Everywhere), every day I witness mothers who are lonely, exhausted, anxious, depressed, suffering from PTSD, and pushed to their psychological limits. “Sexism is making women sick,” warned Jessica Valenti in her now-classic column for The Guardian. The constant threat of being attacked, insulted, and dismissed instills in women a sense of hypervigilance that’s associated with psychological distress.

Motherhood taps out women’s depleted psychological resources, making them especially susceptible to mental health issues. Many moms don’t have the time or energy to understand why they feel so awful. As a result, they internalize their feelings and do the best they can, day after day.

While hormones are often blamed for compromised psychological well-being in women, most of the mental health crises I hear about result from society’s gender expectations and responses to motherhood. I’ve identified ten challenges American mothers face as a result of inequality and sexism. Other factors also play a role, such as economic stress, racism, and classism, but the daily bombardment of social influences can compromise a mother’s emotional and psychological well-being, regardless of where she lives, who she loves, or what color she is. The following ten challenges are those I hear most from busy moms.

A universal theme of motherhood, guilt is exacerbated by the fact that mom-blaming is a national pastime. Mom guilt starts during pregnancy and grows worse as friends, family, and the media fixate on perceived flaws in our mothering. Our love for our children makes us susceptible to our own second-guessing and ongoing regret. In fact, we’re especially vulnerable to feeling guilty because we want to believe that we have influence over our children.

A spate of recent studies highlight that mothers contend with years of interrupted sleep, but we don’t need scholars to confirm what we already know: We’re exhausted! Unfortunately, the cumulative impact of sleep deprivation is dangerous for our mental health, contributing to depression, anxiety, stress, panic attacks, and other health problems.

Our culture and our employers expect us to raise families as if we don’t have careers and work as if we don’t have children. These clashing expectations take a psychological toll, as millions of working moms scramble and sacrifice to balance each day. Without family leave and other support, too many of us feel worn down, exhausted, and guilty.

Despite the women’s movement and strides in education, women perform the large majority of unpaid care work, whether for the elderly, the sick, or their own children. The weight of this burden is relentless and harsh.

Divorce statistics reveal that most marriages don’t withstand the pressure of a special-needs child and that mothers overwhelmingly become the child’s primary caregiver. Moms’ herculean efforts, rarely rewarded or appreciated, often stand in the way of self-care and lead to burnout.

Moms who work outside the house (and most do) often face unequal pay and unequal treatment. The work-family balancing act is tough enough; mansplaining, a lack of mentors, and barriers to upward mobility bring added stress. Most organizational cultures continue to disproportionately reward men, but such discrimination can be subtle and thus difficult to detect and fight.

Body shaming doesn’t just affect teenage girls on Instagram. Far too often, the media highlights celebrity mom bodies — stunningly fit and without stretch marks. These images contribute to a lack of self-worth, self-loathing, and in extreme cases, eating disorders. To make matters worse, I’ve heard from many moms that their partners and family members belittle them for their baby weight.

At least one in five women experience rape or attempted rape in their lifetime. Amid the #metoo movement, millions of women shared the revelatory but painful recognition that they kept quiet and worked hard while those who abused or assaulted them climbed corporate and political ladders without reprisal. For already stressed-out moms, it’s all too much — especially those of us who’d hoped it would be different for our daughters.

Rates of domestic violence and abuse have reached intolerable levels in society. A significant number of moms who seek support at ESME have left abusive relationships. Although they’ve made the brave choice to leave, the psychological trauma lingers and they may be easily triggered. In fact, sexual violence has rendered women the largest group of people affected by PTSD.

23 million American children are currently being raised by single mothers. Most solo mothers must contend with sleep deprivation, stigma, conflict with an ex, and financial insecurity. Minimum wage keeps many single moms below the poverty level — even when they’re working full time! Across America, homeless shelters are the final refuge for many single-mom families. Not surprisingly, poverty and economic hardship are linked to anxiety and depression. Solo moms are doing a remarkable job, but at what cost to their mental well-being?

Getting Mothers the Support They Need

The gender-based discrimination, abuse, and neglect mothers face can seem overwhelming. Yet with support and advocacy, moms can avoid and begin to heal from the harmful effects of the challenges I’ve described. In particular, change is needed at the individual, organizational, and societal level. Below are three areas most in need of reform.

Women are routinely screened for postpartum depression after childbirth, but concerns about maternal mental health quickly fall off the healthcare system’s radar after that. Until we acknowledge and grapple with the significant social challenges to maternal mental health, American moms will continue to suffer higher rates of depression, anxiety, exhaustion, and PTSD than the general public. Mental health professionals can do more to shed light on the need to change these psychologically oppressive realities.

Imagine a society in which girls and women can access mental health support and professionals to help them make sense of inequality in real time, rather than years after they’ve already suffered its pernicious effects. Therapy and support groups can help reduce mom guilt, show women that they’re not alone, and empower mothers to find ways to avoid and end abusive relationships.

Time’s up for organizations that pay women less than men for the same job, penalize women for taking maternity leave, and otherwise discriminate against women just because they have children. Institutions should be called out for policies that assume men are the primary breadwinners and that women are just earning pocket money.

Organizations need to make structural and ideological changes to meet the social realities of contemporary motherhood. In addition to instituting parent-friendly policies, forward-thinking organizations should provide resources to help parents cope with the emotional and psychological stressors of parenting. In-house counseling, support groups, and onsite daycare would increase the well-being of employees and students, which is good for everyone — not just mothers.

Mothers are likely one of the largest special-interest groups in the nation, yet it’s hard for them to mobilize when they’re exhausted and busy every minute of the day. With increased mental health access and support, mothers would have more energy to advocate and organize for laws and policies that support families and gender equity. National support for family leave, child care, sick care centers, equal pay, vouchers for mental health support, less punitive public assistance, better public transportation, and tax breaks for family-friendly small businesses are just some of the ways that we as a nation can support mothers’ psychological wellbeing.

Mental health is a building block of women’s empowerment. Preventative and ongoing mental health support would transform our society by empowering girls and women to recognize and fight the very structures that make motherhood so psychologically disempowering.

Dr. Marika Lindholm founded ESME.com to ignite a social movement of Solo Moms. A trained sociologist, Marika taught courses on inequality, diversity, and gender at Northwestern University for over a decade. After a divorce left her parenting two children on her own, she realized Solo Moms lacked much-needed resources, support, and connection. She built her social platform, Empowering Solo Moms Everywhere, out of this combination of academic and personal experience. Marika is also the co-editor of We Got This: Solo Mom Stories of Grit, Heart, and Humor, a frank, funny, and unflinchingly honest anthology—written by 75 Solo Mom writers, including Amy Poehler, Anne Lamott, and Elizabeth Alexander—that celebrates Solo Moms: their tenacity, courage, and fierce love for their children. Marika can be reached at [email protected].

Why Your Therapist Wants You to Get Angry with Them

How to Accept That You Can’t Change Your Mom 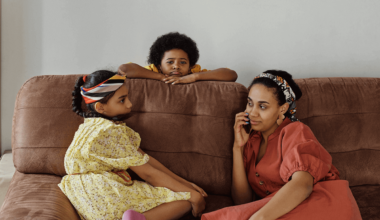 Clinically Reviewed by Jill E. Daino, LCSW-R
Television often romanticizes family dynamics. We are shown kids going to school while their parents are at work… 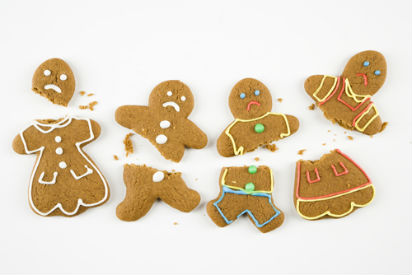 Read More
Published on: 09 Dec 2015
“No family is perfect… we argue, we fight. We even stop talking to each other at times. But… 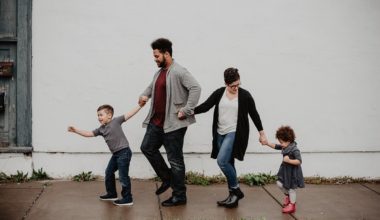 Read More
Published on: 01 Oct 2019
Your parents are, more likely than not, the first people you ever interact with in your life. They…

Need Support During This Critical Time?