Around the world, thousands of people face daily violence and persecution. With few opportunities at home, they flee in hopes of safety and opportunity. But the journey is perilous and emotionally draining. And even when immigrants arrive in a new country, they face new kinds of stress, discrimination, and isolation.

It’s an intense, physically taxing experience that impacts the whole person. A report from the United Nations University Institute on Globalization, Culture and Mobility outlines the far-reaching implications for mental health for refugees and migrants. This aligns with existing research on the mental health impact for anyone who feels under attack or discriminated against.

“We now have decades of research showing that when people are chronically treated differently, unfairly or badly, it can have effects ranging from low self-esteem to a higher risk for developing stress-related disorders such as anxiety and depression,” said Vickie Mays, UCLA Fielding School of Public Health professor in the department of health policy and management.

Whether it’s related to ethnicity, sexual orientation, or beliefs, feeling undervalued and uncertain about the future directly impacts mental health now and in the years to come.

Daily challenges can lead anyone to feel stress and the racing thoughts, heart pumping, and adrenaline rush that goes with it. For those experiencing personal attacks or discrimination — the stakes are higher. Research shows that they’re more likely to report higher stress levels and poorer health.

Due to past experiences, even the anticipation of discrimination can lead to higher stress levels. Constantly feeling on edge or unsure about how they will be treated can trigger a long-standing stress response. Discrimination over time can even lead to changes in how the brain processes information, including planning and decision-making.

“When we’ve had these experiences and anticipate that other incidents might lead us to be discriminated against, it can interfere with our ability to cognitively function at our best,” Mays said.

Much like the impact of bullying, those under attack might feel shame and guilt because of how they’re treated by their perpetrators. This can lead to low self-esteem and lack of self-worth, which fuels other mental health conditions like anxiety and depression. One survey of LGBTQ teens found that they experienced high levels of anxiety, feelings of rejection, and fear for their safety. Nearly 75 percent of respondents had been verbally threatened and ninety-five percent reported having trouble sleeping.

Even as society becomes more accepting of the LGBTQ community and other minority groups, feeling under attack or being perceived as less worthy of happiness or success can take its toll on self-esteem. Feeling confident, grounded, and inspired requires a confidence and self-assuredness that’s difficult to achieve when you’re undervalued by others. Self-esteem is often linked to perception, and it takes a willful mind and heart to overcome wide-ranging adversity and strife.

“As we slowly begin to believe in ourselves, we can discover that although we cannot change our past experiences, we can change the way we think about them,” said Elizabeth Venzin, the CEO of Australian non-profit Mind Shift — The National Self Esteem Initiative. “As a result, we can change not only how we think about ourselves, but also identify a way to a better future.”

Coping with uncertainty can lead to constant worrying about how you will be treated and what’s to come. This can impact sleep patterns and, like in the LGBTQ survey, even cause insomnia, which includes difficulty falling or staying asleep. Suffering from insomnia exacerbates issues already experienced by those under attack. Those with insomnia are 10 times as likely to have clinical depression and 17 times as likely to have clinical anxiety. The more a person experiences insomnia and the more frequently they wake at night as a result, the higher the chances of developing depression.

“After risking their lives to come to the United States, these women have few resources and are still under the stress of potential arrest and deportation,” explained CHHS Associate Professor Dr. Carol Cleaveland. “Moreover, they have to live in isolation from their family members in their countries of origin. All these factors make it much harder to recover from the previous experiences that caused their PTSD.”

The conversation continues as to how countries can tend to the mental health of migrants within a complex and controversial immigration debate. For anyone who feels under attack or uncertain about the future, the reality remains: their life-changing struggles and challenges have a direct and lasting impact on mental health. And they need personal and professional support to move forward and live fulfilled, productive lives.

Your Stress is Not a Trophy

Read More
Published on: 21 Jul 2015
Know the signs. Take our free mental health test If stigma successfully prevents us (people of color) from… 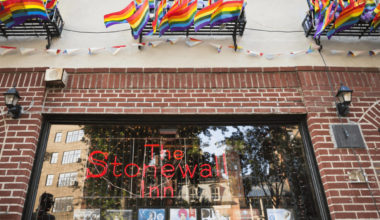 Read More
Published on: 21 Apr 2017
April 24, 2017 was GLSEN’s Day of Silence, an annual campaign that brings awareness to the silencing effects of…