How to Support (Not Sexualize) Your LGBTQ+ Friends

If I had a dollar for every time a straight man has asked me how women have sex with each other — no really, how?? — I would be a wealthy woman. Alas, as I write this article I am not a wealthy woman, but I am a woman who has talked a lot of straight people through the ins and outs of queer identity.

While these questions can be invasive, even downright offensive, I’m a gender and sexuality writer. Answering questions about LGBTQ experience is kind of my job. But no one (including professional feminists) should be objectified because of their sexual identity, and queer people shouldn’t have to give a sex-ed lesson or reveal intimate details of their lives in the course of normal conversations.

While asking LGBTQ people about their intimate lives may seem to be motivated by “curiosity,” in reality, these kinds of questions are often motivated by voyeurism or even disgust. They can thus make LGBTQ feel marginalized and bothered.

Even if you don’t feel your intentions are bad, this kind of ill treatment is common, and it has a cumulative negative effect on LGBTQ people’s mental health. Gay, lesbian, and bisexual people suffer worse mental health outcomes as a result of social stigma and discrimination, including discrimination in healthcare settings. Transgender people are particularly vulnerable to the negative health effects of stigma, with experiences of discrimination increasing trans people’s risk of depression, HIV, and suicide.

While it’s wonderful to connect with and learn from people of different gender and sexual backgrounds than oneself, it’s important to remember that LGBTQ people (just like non-LGBTQ people!) have a right to privacy, dignity, and respect. That includes sexual privacy, and the basic dignity to not be spoken to in discriminatory or offensive ways.

Let’s talk about some common questions non-LGBTQ people may be tempted to ask about their intimate lives, and why these “innocent” questions can actually make LGBTQ people feel discriminated against or marginalized. By learning to communicate with respect and genuine openness, rather than sexualization and voyeuristic curiosity, non-LGBTQ allies can support the mental health of their LGBTQ loved ones and LGBTQ people at large.

The question: “So, how do women/men/transgender people really have sex?”

Why it can hurt: Queer or straight, cis or trans, everyone has a right to their bodily autonomy and privacy. Asking someone about the mechanics of their sex life is invasive and disrespectful, unless you’re truly very close to them (or their sexual partner).

Even if you’re close to a queer person and want to have an open conversation about sexuality, it’s important that these questions don’t make the person feel that you view them as “deviant” or “other.” By asking how two women “really” have sex, this question implies that there is a “right” way or a “normal” way to have sex, and that LGBTQ people’s sex lives are “wrong” or “abnormal.”

The truth, of course, is that there are as many ways to have sex as there are people in the world, and no one person or group has “normal” or “abnormal” sex.

The question: “Who’s the man/woman in the relationship?”

Why it can hurt: This is a question that many people in queer relationships receive, and it can be deeply invalidating. By asking “who’s the man” or “who’s the woman” in a queer relationship, you’re implying that the only “real” relationships are those between a cisgender man and woman, that this is the societal default, and that for a romantic relationship to be real, it must follow this narrow model.

In reality, of course, people of all genders can have romantic and sexual relationships with one another without relying on heterosexual stereotypes of love. By recognizing that someone’s gender and sexual identity is valid in and of itself, without judgement and without trying to force their relationship into a model more familiar to you, you can communicate support for your LGBTQ loved ones.

LGBTQ people who are out and receive support for their identity in turn have better mental health.

The question: “So what’s your real gender?”

Why it can hurt: Gender is a social identity, so there are no “fake” genders. No one is “born” a particular gender. Rather, gender is something assigned to people at birth, usually based on how medical professionals and parents perceive that person’s body.

This assigned gender can match the gender someone actually comes to identify with, or it can be different. In turn, someone’s “real” gender is the gender they identify with, not necessarily the gender they were assigned at birth. If you’re a cisgender (non-transgender) person, imagine for a second how strange it would feel if everyone kept asking you what your “real” gender was! That’s a tiny glimpse of what it’s like to be told that your real and deeply-felt identity isn’t respected.

Affirming transgender people’s gender identities isn’t just the right thing to do — it’s also one of the most important things you can do to support transgender loved ones’ mental health.

Being Supportive Means Educating Yourself First

Unfortunately, it’s not just acquaintances and strangers who ask these kinds of questions to LGBTQ people. All too often, medical professionals lack training in the issues that affect LGBTQ people particularly, or may be personally discriminatory against LGBTQ patients. This can prevent LGBTQ people from receiving full access to much-needed medical care.

There is, however, hope. With awareness of the unique and diverse mental and physical health needs of the LGBTQ community increasing in both medical communities and society at large, LGBTQ people can have more opportunities to lead open, healthy lives. But this change doesn’t just happen by chance. It happens because people who are not LGBTQ decide to educate themselves about the diverse experiences of LGBTQ people, and commit themselves to empathy, not exoticization.

So next time you have a burning question about an LGBTQ acquaintance’s intimate life, ask…the internet. By doing so, you’ll save someone a potentially dehumanizing encounter, and you’ll definitely learn something.

When is Someone Else’s Mental Health Your Business?

My Child is Trans, How Can I Best Support Them? 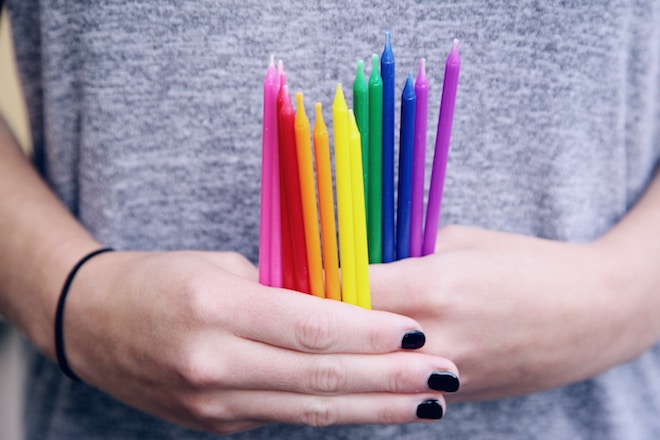 Read More
Published on: 11 Oct 2018
Coming out is the process of acknowledging both internally and socially that you are LGBTQ. Unfortunately, we live… 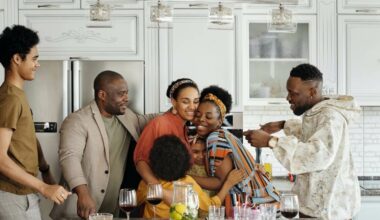 Clinically Reviewed by Ashley Ertel, LCSW, BCD
It’s important for everyone to continuously work at improving their mental and physical health, but especially for individuals…