What It Means To Be an Introvert

Researchers have found that between one-third and half of the population is introverted. So what does that really mean? Introverts are generally defined by preferring less stimulating environments and by recharging with time by themselves. But let’s start with influential Swiss psychiatrist Carl Jung, who developed his theory of introversion and extroversion in the early 20th century. He believed most people had a combination of traits from both categories, and that these traits were innate — or present from birth.

The dichotomy between introverts and extroverts is often broken down to overly simplistic basics, however: Do you like to stay inside? You’re an introvert. Do you love hanging out with friends every night of the week? You’re an extrovert. But the reality is rarely so simple — and, in fact, most people have elements of introversion and extroversion, a combination referred to as the ambivert personality.

Unlike extroverts, who are open to new experiences and excited to share their worldview with others, introverts tend to be more reflective, thoughtful, and are more capable of resisting outside influences. Introverts might view themselves as more important than other people, or they may simply choose to retreat into themselves instead of reaching out to others.

Understanding the Signs of Introversion

Jung’s typology formed the basis of our understanding of introversion, but more research has been done since. Psychologist Hans Eysenck proposed that extroverts have lower levels of arousal — meaning it takes more effort to enjoy activities. They may seek out novel experiences or enjoy higher-intensity interactions because they simply need that in order to feel excited. Introverts, conversely, are easily stimulated and can quickly become overwhelmed. He developed the PEN model, which posits that there are three main personality traits — psychoticism, neuroticism, and (of course) extroversion — on which everyone falls on a spectrum.

Modern research goes one step farther. One 1999 study defined two central tenets of extraversion: enjoying interpersonal relationships while simultaneously also practicing leadership, assertiveness, and impulsivity. By extension, introverts typically prefer more submissive social roles, and tend to be less impulsive. These characteristics indicate that extroverts may be more goal-motivated, and thus might have more dopamine receptors — which means they need more dopamine to feel its effects — and is associated with reward-seeking behavior, common among extroverts.

Clearly, social status and rewards motivate introverts less than they do extroverts. There are other factors that might indicate you’re an introvert, but before you go checking off those boxes, it’s important to keep in mind that very few people are exclusively introverted or extroverted. We contain multitudes — so be wary of rejecting the beauty of your own unique mix.

You tend toward introspection

Just by comparing the root of the two words, it’s easy to see that introverts are typically introspective. Introverts tend to think about themselves a lot — and not necessarily in a selfish way. For many, they prefer to linger in their imagination, allowing their mind to wander wherever it pleases.

It’s not because you don’t like people, or don’t appreciate the outside world. It’s simply exhausting — remember, the outside world can overstimulate introverted people quickly. Focusing on your internal world is much more relaxing.

You recharge in solitude

One common indicator of introversion versus extroversion is how you recharge. If you’re having a cruddy day, what makes you feel better? Are you texting your BFFs asking for a drink or a round of putt-putt — or do you curl up with a blanket and binge the latest reality TV craze? Because of that aforementioned overstimulation, introverts typically prefer to relax alone, or perhaps with a partner or one trusted friend.

As an introvert, this doesn’t mean you can’t find some pleasure, relaxation, or relief in social events. Introversion doesn’t mean you don’t like parties, or that you hate the idea of kicking back with a group. It simply means that you don’t typically recharge that way. In fact, you may need some solo time after socializing.

Even if you don’t mind being around people, you may struggle to open up around strangers — or even friends. Have people described you as “quiet” or “shy”? That’s a good indicator of introversion. You might be confused by these descriptors — after all, you like people! You appreciate the value of a good conversation. But introverts tend to save up their chatter for when it really matters — which means they’re rarely the center of attention. That’s okay: introverts like it that way.

You prefer independence in the workplace

Chances are, you’re probably not seeking out a career in sales. Introverts self-select toward independent careers, and you’ll probably meet a lot of people like you at artists’ colonies, book fairs, and in the programming team of a tech company. You might be an excellent collaborator, but a day full of meetings? No thanks.

If you are working in a super-social field and find yourself stressed, think carefully about how your personality meshes with your career. You might be better-off looking for a position that allows you some alone time.

You can lead — but do best with a motivated team

Don’t let anyone tell you introverts can’t be leaders. All that introspection can be fabulous for developing and managing smart, effective plans. But introverted leaders shine best with a self-sufficient team. Spending hours each week managing the intricacies of relationships, poor performers, and half-finished projects is taxing for even the chattiest extrovert — so it makes sense that introverts might really struggle under these conditions.

Don’t hesitate to grab a leadership position just because you’re worried your introversion might make it difficult. Once you’re there, focus on building your team to self-sufficiency, which will allow your talents to shine.

This clue isn’t a 100 percent guarantee of introversion — it could indicate attention-deficit/hyperactivity disorder (ADHD) — but distractibility and irritability is something to keep an eye on. It all comes back to stimulation: if you’re prone to hyperstimulation, as most introverts are, you might get irritable when the world becomes too much. And paying attention? Not a chance. Your brain is already overloaded.Being an introvert is a gift, but it comes with some associated challenges, too, like distractibility and irritation. While you should always embrace the core elements of your personality, a qualified therapist can help you work through any negatives to keep you happy and healthy, quietly.

How to Protect Your Mental Health During ‘Social Distancing’

How Coronavirus is Being Stigmatized and How to Fight It 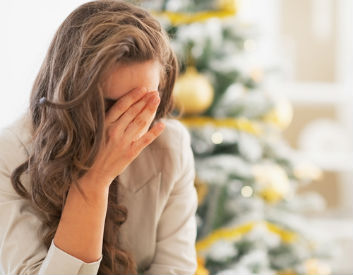 Read More
Published on: 24 Dec 2015
Mental health professionals often refer to the holiday season as the most difficult time of year for their… 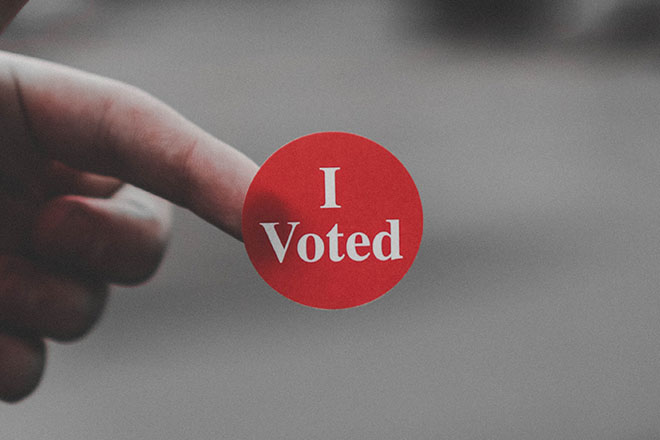