Grief is one of the most intensely personal emotions we experience, and also one of the most public; not for nothing does every culture on Earth have rituals associated with grieving. Many of those rituals unfold over a series of days or months — Shiva in Jewish tradition, prayers in Buddhism — reflecting the fact that grief takes time. In a fast-paced society, there can be tremendous pressure to “get over it” as quickly as possible, and those who take more time than others may be viewed as suspect.

When does mourning cross the tipping point between a natural and healthy response to an intense life event and into something more dangerous? That’s a question that challenges researchers interested in a phenomenon called “complicated grief” or “difficult grief,” in which people become “stuck,” as Talkspace therapist Cynthia Stocker terms it. Whether an adjustment is related to the death of a loved one, the loss of a job, or another dramatic change like something that affects someone’s sense of identity, some people have difficulty processing and moving through their grief. It can become overwhelming, and that’s when grief may transition into something harmful.

Grief is highly individualistic, and rarely follows a consistent trajectory. Despite the five stages of grief popularized by Elisabeth Kübler-Ross, people don’t move through a series of emotions in an orderly process. They may experience anger, overwhelming sadness, dissociation, a “foggy head,” confusion, denial, bargaining, and other responses before moving into acceptance.

Get help recovering after loss. Sign up for grief counseling today.

This may involve living with a loss, rather than moving “past” it; humans may remember and cherish those they have lost, especially at key anniversaries and events. Amanda Rausch, also a Talkspace therapist, said the first month tends to be the hardest, and that people experience “grief spikes” at three months, six months, a year, and other anniversaries like birthdays and wedding dates.

Grief is highly specific to the individual mourner. There’s no wrong or right way to process a loss, but Rausch said she generally sees a gradual progression in her patients. As people work through their grief, she said: “It’s still completely normal to have grief waves and grief spikes, but within the bad days, we have a good day, and another, and then an equal number, and then it’s mostly good.”

What Causes Grief to Become Complicated?

But what happens when grief doesn’t follow a natural progression into healing?

Rausch referred to “getting mired,” noting that in some people, grief becomes all-consuming. There are no good days, and the intensity of their feelings makes it difficult to perform even basic tasks of daily living — people can’t go to work, care for children, bathe and dress themselves, remember to eat, or take joy in life. They may develop depression, and experience extreme disassociation or confusion. “When you can’t take care of yourself,” she said, “that’s a warning sign.”

“We don’t have a diagnosis for grief. And that’s because we don’t want to create this as a disorder,” cautioned Stocker. There is no “timeline” for grief, and experts are wary about promoting the notion of “typical” or “normal” grief, as it could be used against grievers who don’t recover quickly from a loss. Instead, grievers need to be evaluated on an individual basis, and not pathologized when they do need some extra help.

A number of factors can affect the risk of complicated grief. A sudden or traumatic death can be harder for people to process, as can a disappearance — the sense of uncertainty can contribute to emotional struggle. People with preexisting depression may be at risk, as will those with their identities deeply wrapped around the thing, or person, they have lost. The surviving member of a couple married for 50 years, for example, may feel isolated and alone, while a dedicated athlete who experiences a traumatic injury that puts an end to competition may feel at sea, unsure of who she is without her connections to the sports world.

Stocker noted that sometimes losses can cascade, as well, referencing a patient who didn’t experience intense emotions after the death of a family member, but “fell apart” after a beloved pet died — the first loss intensified the second, exacerbating her patient’s emotions. She also commented that a loss that may seem minor, lesser, or unimportant to some people — like the loss of a job, or the death of a distant relative — could be very intense and personal for the griever. Judging people going through loss can stymie their recovery, she commented.

How Therapy Can Help People Heal

Going to therapy can be helpful for anyone dealing with a loss, whether or not they’re experiencing complicated grief. The guidance of a therapist can be a powerful tool for exploring and working through loss in a safe environment. Both Stocker and Rausch stressed that the only way out of grief is through it, even though this process can be intense and at times overwhelming.

For those who do experience complicated grief, therapy is particularly important. “Seeing a therapist while you’re grieving doesn’t mean you’re broken,” Rausch said. Working with a therapist can help people tackle the elements of their grief. This may involve exploring past traumas that have resurfaced, and developing coping skills for self-care while working through a loss.

How to Help People When They Are Grieving

But for those who are stuck in complicated grief, taking the step to start therapy can be incredibly challenging. Some people may feel they don’t need or won’t benefit from therapy, while others may struggle with tasks like picking up the phone to ask for help. This can be tough for friends to watch, Stocker said.

There are, however, things you can do to help. Rausch suggested people can help by finding a professional and connecting struggling friends or family members with them — even if that means making an appointment for them and making sure they show up, or downloading the Talkspace app and getting them set up. Both therapists stressed that people shouldn’t apply pressure like “don’t be sad” or “get over it,” instead validating feelings and supporting people by letting them know they’re loved and cared for.

In cases where depression is so extreme that loved ones are worried about the risk of suicide, Rausch said, it’s important to check in with offers of assistance and to keep doing so. It’s common, she said, for the first claim of “I’m fine, I don’t want to talk about it” to be taken at face value. While she advised respecting this assertion in the moment unless someone poses a clear risk to themselves or others, she said it’s necessary to keep reaching out — when people in her own life have struggled with grief, they later thanked her for being persistent.

The bottom line with grief is that it never fits neatly into a box. It’s messy, and dramatically different from person to person. Providing loving support — or asking for that support — helps people address grief, and some may need a little extra help if their feelings become so intense and overwhelming that they can’t function in ordinary life. That still shouldn’t be cause for shame or feelings of failure, though; it’s just part of the spectrum of ways humans respond to losses. All grief may be complicated, but complicated grief may call for intervention.

A Guide to College Mental Health for LGBTQ Students 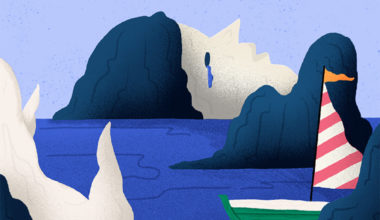 Clinically Reviewed by Ashley Ertel, LCSW, BCD
On my wedding day, I woke up at 4am and couldn’t get back to sleep. I crept out… 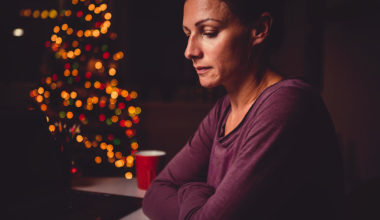