How to Move Forward After Cheating, According to a Therapist

For as long as people have made promises to be faithful to their partners, people have been breaking those promises. Aside from the hurt that comes with infidelity, romantic partners — both the cheated and the cheated upon — may feel guilt, betrayal, anger, foolishness, and loss of trust.

And yet, people still do it. They do it even when they know it’s wrong, even when they said they won’t, and even though they might — or will — get caught. This begs two questions: The first is why, and the second is how do couples move forward if it happens?

“The impulse to be something other than what we are in our daily, monogamous lives, the thrill that comes from the illicit rather than the predictable, is something…[that] many couples can identify with,” reporter Mark Oppenheimer writes for The New York Times, which answers the “why” of the equation. The “how” part is a bit more complex, but relationship experts have weighed in on the matter with their own experiences that show that cheating doesn’t have to be the relationship-ending event that many imagine.

Rethink The Meaning Infidelity Has In Your Relationship

Cheating doesn’t necessarily mean your partner doesn’t love you anymore and it doesn’t necessarily mean you have to break up. One of the reasons that infidelity is so painful is because it brings up painful questions, like what if I’m not enough for my partner anymore? It calls the relationship into question, but more importantly, it calls your identity into question.

“The discovery of your partner’s affair forces you to redefine yourself in the most fundamental way,” psychologist Janis Abrahms Spring writes in her book After the Affair: Healing the Pain and Rebuilding Trust When a Partner Has Been Unfaithful. “‘If you, my life partner, are not the person I thought you were, and our marriage is a lie, then who am I?’ you ask.”

Typically, cheating happens because one or both partners’ needs aren’t being met — sexually, emotionally, or otherwise. Maybe the cheating partner feels that their spouse isn’t affirming their sense of self-worth anymore. Maybe they feel like they’re not getting the same amount of attention as they used to, or their spouse isn’t helping them carry the burden of running the household. Whatever the reason, it is this that makes getting the time, attention, and affection from another person very enticing.

The non-cheating partner should analyze the ways in which their own behaviors in the relationship may have led the cheating partner to cheat. But, of course, this isn’t at all possible without first getting a sincere and heartfelt apology.

The Cheating Partner Needs To Atone

Couple’s therapist and author Esther Perel notes the importance of atoning for a breach in fidelity in her TED Talk. “Healing begins when the perpetrator acknowledges their wrongdoing. So for the partner who had the affair…one thing is to end the affair, but the other is the essential, important act of expressing guilt and remorse,” she says. “But the truth is that I have noticed that quite a lot of people who have affairs may feel terribly guilty for hurting their partner, but they don’t feel guilty for the experience of the affair itself. And that distinction is important.”

Perel says that the cheating partner needs to “hold vigil” for what the relationship was before the infidelity in order to relieve the non-cheating partner from obsessing about what may have gone wrong in the relationship to lead to the event. “That in itself begins to restore trust,” Perel says, and only then can the partner who was wronged think about forgiving the indiscretion and moving on.

Maybe It Really Is About Sexual Boredom

Many times, cheating is about something beyond sexual satisfaction in the relationship. And, sometimes, it’s about exactly that — not necessarily because the cheating partner isn’t being satisfied in bed, but because they simply need more novelty in their sex life, and that meant seeking out other sexual partners.

Sex and relationships advice columnist Dan Savage is a big proponent of couples adopting a “monogamish” or completely non-monogamous lifestyle in order to relieve the burden of having your one partner try to be your everything.

“I acknowledge the advantages of monogamy,” Savage told The New York Times, “when it comes to sexual safety, infections, emotional safety, paternity assurances. But people in monogamous relationships have to be willing to meet me a quarter of the way and acknowledge the drawbacks of monogamy around boredom, despair, lack of variety, sexual death and being taken for granted.” In these cases, there’s nothing wrong with the relationship at all, and considering an open relationship or marriage might actually help both partners find sexual satisfaction outside their couplehood, which could create more satisfaction, sexual and otherwise, inside of it.

Therapy is Key as You Heal

Both couples counseling and individual counseling are important to pursue in the wake of an affair. Getting a neutral third party’s perspective on the event, as well as any necessary mediation between the two partners, can help the relationship mend and move forward. It might take time, patience, and recommitment, but it is possible to come out on the other side, often even stronger than before.

Should we go to couples therapy?

For many couples, couples therapy is useful in helping them overcome relationship struggles and restore their trust in one another. It provides a safe space for couples to build on their relationship, communicate their feelings, and gain practical, valuable solutions to implement into their lives together. Couples therapy helps couples strengthen their emotional and sexual intimacy, experience more satisfaction with their relationship, atone for past infidelities and insensitivities, and nurture healthier habits.

How to Avoid Destructive Behavior in Your Relationship 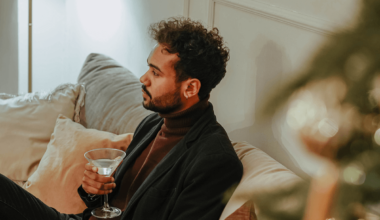 Read More
Published on: 22 Dec 2020
Boundaries are tough. Asserting your needs, or turning people down with a gentle but firm “no,” can feel… 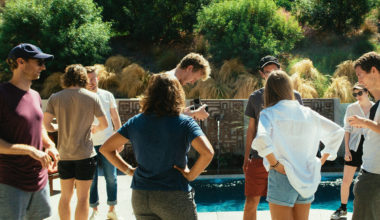 Clinically Reviewed by Meaghan Rice PsyD., LPC
Five months ago, I moved from New York City to Los Angeles. I lived in NYC for eleven… 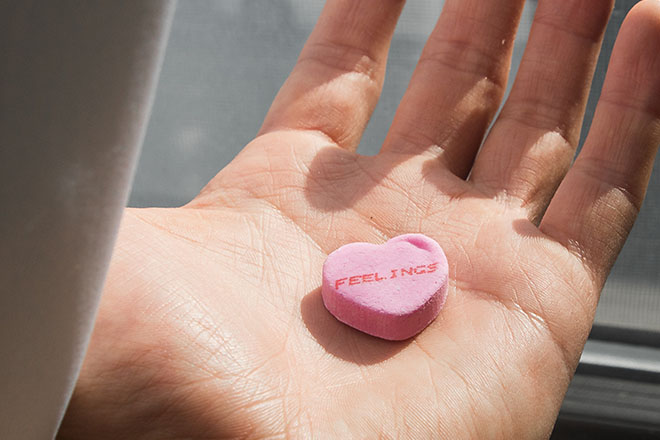 Read More
Published on: 26 Mar 2019
When you’re in the beginning stages of a relationship, it’s easy for everything to seem perfect and for…