Can You Pass Out from a Panic Attack?

Anyone who has them can tell you, panic attacks can produce a level of anxiety that’s devastating. Sometimes, attacks can be so intense that you might start to feel dizzy. You may even think you’re about to pass out — but can panic attacks make you pass out? Keep reading to find out.

We’ll explore the effects of panic attacks and look specifically at how much potential there is for you to actually pass out during an episode. We’ll look into why dizziness and faintness may occur during a panic attack, and we’ll discuss what you can do to regain emotional and physical control when you’re experiencing one.

Can Panic Attacks Make You Pass Out?

In short, yes, it is possible to faint during a panic attack. However, it isn’t likely. Can panic attacks make you dizzy? Definitely. Feelings of faintness, lightheadedness, and dizziness are quite common during panic attack episodes.

Most physical symptoms of panic attacks are caused by sudden changes in breathing pattern, which often causes too much carbon dioxide exhalation with too little oxygen inhalation. This can all lead to hyperventilation, which can make you feel like you’re going to pass out.

A panic attack is the result of intense anxiety and fear when there’s no discernable outward cause. Panic attacks come on fast, and they can trigger intense emotional and physical reactions.

Panic attacks can be scary, causing uncomfortable and frightening feelings and symptoms. They often make you feel like you’re totally out of control. They can be so bad that you begin to believe your anxiety symptoms are indicative of a very serious health condition. This can ultimately lead to the feeling that you’re dying or that you’re experiencing a heart attack.

Sometimes, people experience one or two panic attacks and then the issue seems to resolve and they never have another. Others have panic disorders marked by repeated panic attacks. One of the toughest things about panic attacks is that they can come out of the blue. They can be hard to predict, and most people can’t tell when an attack will happen. As a result of the unpredictability and the likelihood of recurrence, many people live in constant fear of an attack.

It can help to keep in mind that panic attacks are not life-threatening. They can be frightening and they’re challenging to deal with, but effective treatment is available in many cases.

What Causes Passing Out or Dizziness During a Panic Attack

It’s common to feel lightheaded, dizzy, and unsteady during a panic attack. These symptoms make it difficult to focus your thoughts and relax, which unfortunately can just add to the anxiety.

It can help to know and remember: passing out during a panic attack is rare.

Some common causes why you might experience a panic attack passing out sensation:

The most common reason why you might feel like you’re about to pass out during a panic attack is hyperventilation. You can hyperventilate when you exhale a surplus of carbon dioxide, which typically results from shallow, quick, inefficient breathing.

Hyperventilation constricts your blood vessels, including those in the brain, which contributes to feelings of weakness and lightheadedness. While hyperventilation can cause you to pass out, it typically doesn’t.

Adrenaline is the hormone and neurotransmitter that’s responsible for fight or flight survival mechanisms. When it’s released without the presence of real danger, it can cause vision changes, lightheadedness, and dizziness.

Adrenaline release also triggers glucose release, which can cause irritation and restlessness when not utilized. Excessive adrenaline release without any danger present can cause jitteriness, nervousness, increased heart rate, insomnia, and in extreme cases, it can even cause heart damage. Also, low blood pressure or orthostatic hypotension is also a symptom of panic attack

While some people do faint during panic attacks, it’s not all that common. Factors like the ones above can cause you to feel like you’re going to pass out, but it rarely actually happens.

How to Prevent Passing Out During a Panic Attack

Panic attack symptoms are more difficult to control after an attack has started. Practicing breath control routinely may prevent hyperventilation and help reduce the likelihood of panic attack onset. Intentional breathing can be thought of as a preventative measure. It is also an effective way to lessen nocturnal panic attacks from happening.

Research shows that learning and routinely practicing breath control also offers a variety of other health advantages as well, including:

If you’re interested in trying breath control, you can learn pranayama. Pranayama is an ancient practice that originated from India that focuses on breath regulation using a variety of techniques to control breathing.

To train your mind to relax and reduce anxiety and other symptoms of panic attacks, find a quiet, comfortable space where you can be alone for at least 10 minutes.

Sit or lie down, and then:

This simple breathing exercise can be performed quickly whenever you feel anxious or when you feel symptoms of a panic attack coming on. It can be very powerful at reducing the onset of panic symptoms and restoring your feeling of self-control. Slowing down your breathing and paying attention to the quality of each breath will help ensure that you’re inhaling and exhaling proper amounts of oxygen and carbon dioxide.

If you’re hyperventilating, pranayama may not clear the symptoms immediately — but it can reduce the severity of panic attack physical symptoms so you can begin to regain your composure. It can also help prevent panic symptoms from worsening.

Researchers from the Institute of Psychiatry and National Institute for Translational Medicine found that the prevalence of panic disorders in the United States is increasing. More people are experiencing unemployment and work impairments than ever before as a result. More people are also seeking medical treatment for panic disorders, and hospitalizations are more common for those who have panic issues than for those who do not.

The same researchers also note that even though there are a variety of treatment options — from psychological, to pharmacological, to combined treatments — an estimated one-third of people with panic disorder continue to have persistent panic attacks.

Learning to be mindful of your breath at all times is integral to managing and alleviating the symptoms of panic or anxiety attack. Gentle pranayama can be greatly beneficial. Therapy can teach you additional coping mechanisms that will help you manage and stop your panic attacks.

“Panic attacks are not something you have to live with. Treatment is available and you can feel better!”

If you think you are experiencing panic attacks and want to learn if you have panic disorder, start with our test. Take our panic disorder test and get connected with a therapist based on your results.

Liz Kelly, LICSW, is a licensed clinical social worker in Washington, DC and Virginia. She has spent much of her professional career specializing in the area of grief and loss. She previously worked at the Wendt Center for Loss and Healing, a bereavement counseling center in Washington, DC. During her time at the Wendt Center, she served as a grief counselor to adolescents and adults, provided crisis grief counseling services at the DC Office of the Chief Medical Examiner, co-facilitated three-day bereavement camps for children ages 6–17, and led support groups and community trainings on grief. Ms. Kelly is passionate about making mental health more accessible and approachable.

5 Tips for Talking With a Psychiatrist For the First Time

Atychiphobia: The Fear of Failure 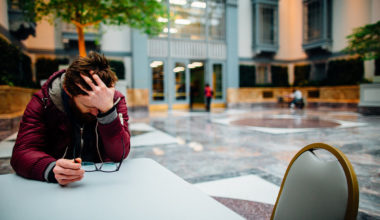 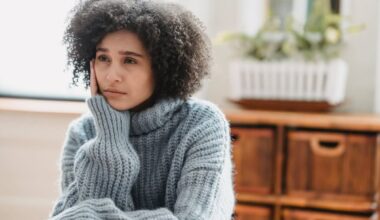 Clinically Reviewed by Bisma Anwar, LMHC
Updated 8/15/2022 Frequent panic attacks can be crippling and devastating. They can keep you from living your life…