If you are a child of the 90s, you might remember Helga Pataki. She was blond, had a strangely shaped head like the rest of her peers, lived in New York City, and, most importantly, relentlessly bullied television’s cartoon sweetheart, everyone’s favorite oblong-noggined Arnold.

A character on the Nickelodeon kids’ show Hey, Arnold!, Helga typified the grade school bully, cruel in order to cover up emotions she didn’t want to admit she had. As viewers of the program know, Helga was only mean to Arnold because she was in love with him, complete with a shrine in her closet and a mockup of her love interest made of chewing gum. Helga’s behavior is so iconic to the generation that grew up on her TV show, it’s even earned its own Urban Dictionary entry: Helga Pataki Syndrome.

You don’t have to be a 90s kid for Helga’s behavior to seem familiar. It reflects a truism we often tell children, especially young girls: if someone is mean to you, especially a boy, it’s because he has a crush on you.

Most of us have been told this at some point in our lives. We may even have relayed it to a child. But, says Talkspace therapist Joanna Filidor, LMFT, a this well-meaning truism can have a harmful effect. “The message it sends is that love equates to violence.”

It’s time to put these old beliefs to bed. Seventy-three percent of kids report being physically, emotionally, or relationally bullied at school, and 34% report bullying others. Girls report more bullying victimization. Meanwhile, among adults, up to 35% of heterosexual women and 29% of heterosexual men, and a whopping 61% of bisexual women and 37% of bisexual men, will experience physical abuse, rape, or stalking from an intimate partner at some point in their lives.

“When we tell children, and girls in particular, that this type of behavior is acceptable, we reinforce the notion [that] bullying behavior is a normal part of romantic relationships — and this is just simply untrue,” says Ohio licensed professional clinical counselor and Talkspace Provider, Rachel O’Neill Ph.D., LPCC-S. Instead, we should teach kids that it’s okay to be vulnerable, and that crushes should cause us to treat others with care, not cruelty.

It’s Healthy to be Vulnerable

Remember your first crush? It may have started as a point of light in your chest, a glowing feeling that expanded to fill your whole body. Or maybe it was butterflies, brushing their wings against your stomach every time that special someone came around. Perhaps you also felt nervous, because your feelings were overwhelming or because you’d been taught that the person you were crushing on was the “wrong” gender.

When kids have a crush, “it’s normal to feel confused, embarrassed, happy, and excited all at once,” says Filidor. But these crush feelings also create an experience that many of us, even adults, have trouble dealing with: vulnerability.

“Having a crush on someone and expressing it requires vulnerability and the ability to experience it without judgment,” says Filidor. “For a young child, this can be a difficult process to comprehend, which leads to the development of new ways of coping with these uncomfortable feelings.” One reaction to vulnerability may be lashing out, by expressing aggression or cruelty to the object of the crush rather than care.

This is augmented by a culture that says vulnerability is wrong, and that boys especially should “toughen up” and not admit tender feelings. “This idea is closely tied to the concept of toxic masculinity, in which men are taught to avoid any displays of emotion in which they may look weak or ineffective,” says O’Neill.

But pushing down vulnerable feelings causes kids to alienate themselves from their own emotions, ultimately leading to potentially harmful behaviors in adulthood. It’s up to parents, and the culture at large, to teach kids that feelings are healthy, and that expressing vulnerability is a source of strength, not weakness.

Dealing With Bullies The Healthy Way

Kids can be mean, and it’s confusing for children to understand why they’re being targeted. When a child you love is being harmed, it’s understandable to want to take away the sting. After all, it’s some small comfort to imagine that your bully actually loves you, rather than having to grapple with the fact that sometimes, people target others for no reason at all.

“It can be difficult to explain why some folks are mean and some aren’t,” says O’Neill. But these situations also present an opportunity to teach empathy and kindness, and to nip cycles of violence in the bud. Kids repeat the behaviors that are done to them. That’s why 97% of bullies also report having been targeted. By teaching kids to identify and reject harmful behaviors, we can not only help them have strength in the face of victimization — we can also prevent hurt kids from becoming bullies themselves.

If a child in your life is being bullied, you can begin by affirming that the behavior isn’t okay, and that the child is totally justified in feeling hurt. You can explain that the bullying comes, not from a secret crush, but from overwhelming feelings that the bully has chosen to take out on other people. “It helps to label what is happening: ‘he may be having some feelings that are difficult to handle,’” says Filidor.

Finally, caregivers can focus on building up kids who are being bullied, rather than encouraging them to tear others down. “Instead of focusing on others’ behaviors, I would also suggest encouraging the child to focus on how they respond to those who are mean,” says O’Neill. “I tend to focus on discussing kindness as a global concept and this idea that we need to work really hard each day to practice being kind to others.”

This can include teaching children to stay away from bullies and to focus on building relationships with other, kinder friends.

At the heart of it, Helga Pataki syndrome, and the phenomenon of kids being cruel to crushes, is about care. Ironically, the thing human beings most need — love — can often be the one thing most difficult to express, especially in a culture where we’re constantly inundated with unhealthy relationship models.

According to Filidor, teaching kids basic emotional intelligence, and validating their unique emotional experience, can go a long way toward rewiring these harmful messages. “Because “crush” feelings can be made up of so many conflicting emotions it is important to normalize what each child is going through,” says Filidor.

Rather than reinforcing harmful messages like “boys will be boys” or “he’s teasing you because he likes you,” says O’Neill, “Parents can and should have conversations with their children about how to express their feelings. “It can also be really powerful for parents to model this type of behavior by being kind and loving toward each other.”

While we may repeat the “he’s mean to you because he likes you” narrative in an attempt to spare kids pain, a better way forward is to teach kids what care really looks like: kindness.

Have You Broken Your Own Heart?

Read More
Published on: 21 Apr 2017
April 24, 2017 was GLSEN’s Day of Silence, an annual campaign that brings awareness to the silencing effects of… 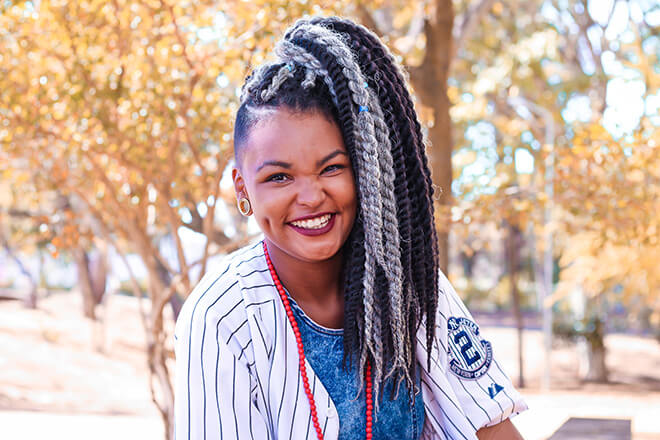 Read More
Published on: 06 Jan 2019
Almost all of us have been a victim of bullying at one time or another. And some of… 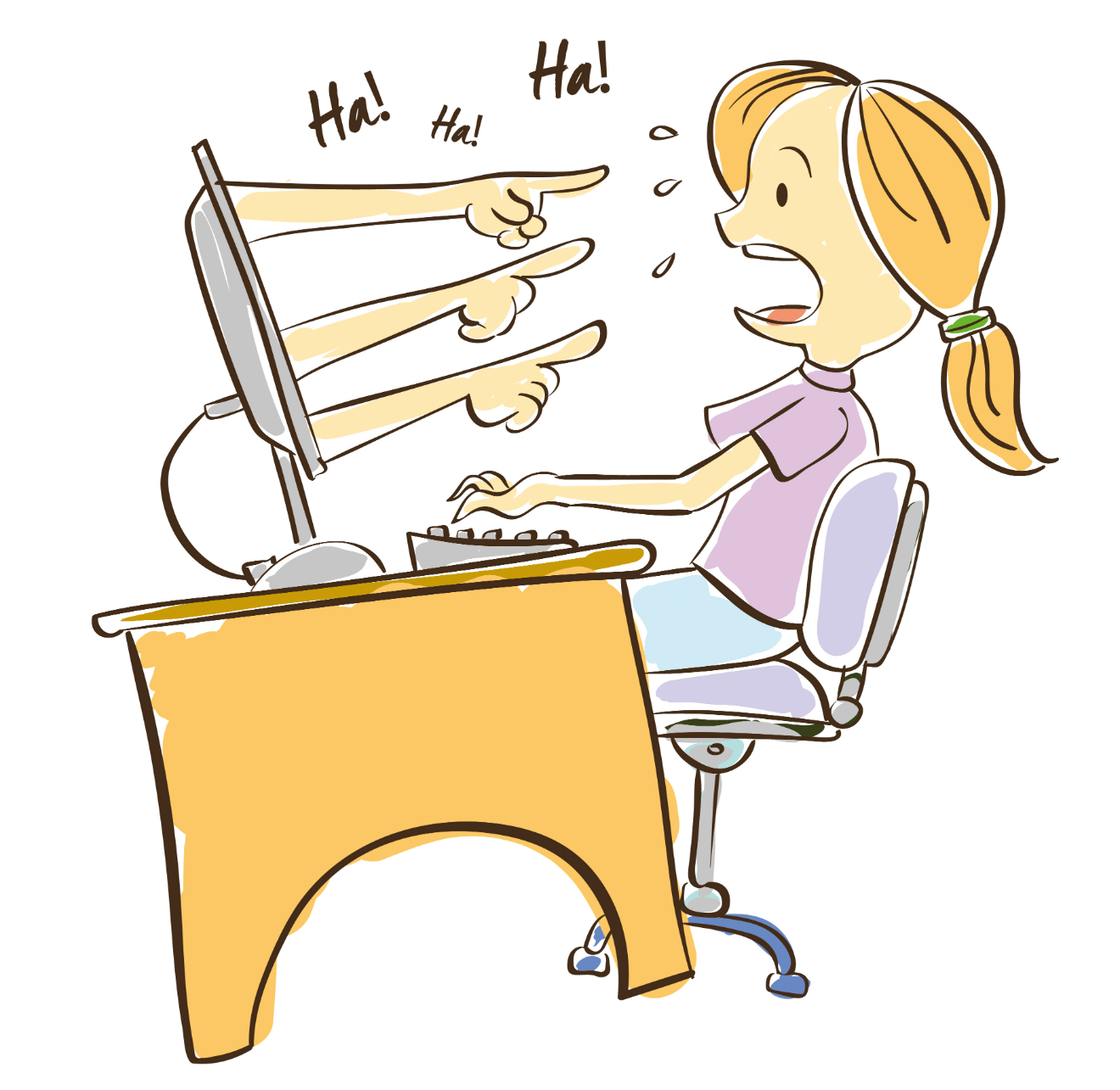 Clinically Reviewed by Bisma Anwar, LMHC
Updated on 9/14/2022 Bullying isn’t new, but the way people go about it has changed. What was once…