It might seem like society has made huge strides in terms of body positivity —and in some senses, we have. We’re now way more likely to see unretouched images in ad campaigns, many brands are becoming more size inclusive, and e-commerce sites are using models who aren’t a traditional sample size. All of these are certainly steps in the right direction.

When it comes to fat acceptance, though, we still have a long way to go.

According to those who are a part of the fat acceptance movement, body positivity is not necessarily inclusive for them, and they still face a ton of discrimination, whether it’s from strangers on the street or from their own doctors. Change doesn’t happen overnight, but it’s important for all of us to be educated on the topic, put ourselves in others’ shoes, and above all, be kind to one another.

A Discussion on Fat Acceptance

We spoke to 3 influencers who openly discuss fat acceptance on their platforms, raise awareness surrounding the topic, and aim to inspire those in similar shoes.

Here are their responses.

1. What does fat acceptance mean to you?

Aarti Olivia Dubey / @curvesbecomeher:
Fat Acceptance to me is about learning to unpack the prejudices surrounding fatness that gets drilled into our psyche from a tender age. It is about reclaiming my body from decades of body dysmorphia.

Maui Bigelow / @mauibigelow:
In my opinion, fat acceptance is a movement that strives to combat size discrimination with education. Fat acceptance activists empower fat individuals to love and express themselves despite their size and what others think.

Liz Black / @psitsfashion:
It means self-acceptance and the acceptance of others who are fat without any type of demonization of their body. It means eschewing diet culture, ignoring advertising and media telling us we should always be changing ourselves, and accepting ourselves however we are.

Dubey:
Body Positivity actually stemmed from fat feminism and was created by queer fat women of colour. In today’s context however it is an umbrella term for anyone who has experienced body shaming. So fat acceptance is not an add-on. Because body positivity now largely caters to the mainstream and discusses a variety of issues surrounding body politics, we had to break away, in a sense, and bring back an inclusive space for fatfolks.

Bigelow:
First of all, it is important to assure everyone understands that body positivity is not a term or a movement that is exclusive to plus size people. Lately there have been a lot of individuals making body positivity a size thing when it is far from that. Secondly, fat acceptance is size specific and in my opinion, fat acceptance is about pushing fat agendas to the forefront. However, body positivity is about body love despite size, race, age and handicaps. Body positivity is also about respecting the bodies and differences of others. I’m not sure that one has to be added to another because truthfully they have their own importance and are capable of standing alone.

Black:
They once were the same in my mind, but the body positive movement has been co-opted by so many brands at this point, who interpret it however they see fit — like claiming they’re “body positive” because they don’t retouch — yet they still don’t offer actual plus sizes.

Fat acceptance is what really began the body positive movement, it was for more marginalized people, not conventionally societally attractive people who maybe have a tiny belly when they sit down. But that’s who’s using it, and those people are gaining massive followings for it. Those are not actually fat people, and it takes away from the message.

3. Why is it important to you to raise awareness on fat acceptance/being fat positive on Instagram?

Dubey:
Fat shaming is the most accepted prejudice known. There are so many misconceptions surrounding fatness and the fear of fatness, that require educating. As an Asian, pushing past beauty standards and bringing representation for diversity is also an important reason why I advocate for fat positivity.

Bigelow:
More than anything, the message of fat acceptance is important because people don’t lose value based on their weight. Social media has become a hotbed for negativity, shame and hate, it is important to check and correct it wherever it goes left. There are young kids who need to know that their size doesn’t compromise their beauty, intelligence, or potential. They need to see that hard work grants them the same rewards and applauds as others and that, despite what may be different or unfavorable, they are still great.

Black:
For more than half my life I struggled to not be fat. I started dieting in elementary school, did weight watchers, tried every fad diet out there, starved myself, threw up my food…and yet I was still “fat.” I fought so hard to not be fat, to not look like my mom…to not look like what my body predisposed me to look like. And I was so f****** miserable.

It took so long for me to accept myself and my body, regardless of my shape and size, and if I can help even one person to love themselves and not go through all that I did, then it’s worth putting myself out there. I want to help people see that being fat is not the worst thing you can be, that it’s not life-ending or even life-defining. You can be fat and beautiful, fat and stylish, fat and successful. Being fat does not negate all the other things about you.

4. Can you talk about some of the biases you face from people who are discriminatory and/or not fat-positive?

Dubey:
The biases stare right into my face the moment I step out of my apartment. The concept of personal space is lacking in Asia and it is commonplace to be gawked at if you look “different.” To have husbands point at you and tell their wives “Well see, you’re not that fat.” To be constantly persecuted for my fatness as a patient, making me want to limit my interactions with physicians, is undoubtedly unfair. Not being recognised in the local fashion scene as a plus-size fashion blogger, due to fat bias, has been a source of frustration as well. Being told that what I promote is obesity, and is inherently unhealthy, is untrue and damaging.

Bigelow:
As a person who strives to be a voice for women from all walks of life, many times I find myself in a box. People see my value when they need to add a fat girl to the conversation, but many others time I am excluded. This is the truth of many plus size women. Nobody wants the fat people, not even the fat people. This is why you don’t see more plus-size people who exceed a certain weight representing the plus size community. I am a single mother, I am a HBCU grad, I have cancer, I am black, I am an abuse survivor… but no one cares because, to society, I am fat first. While I am not ashamed of being fat, that isn’t where it ends for me.

Black:
I’ve experienced everything from microaggressions, like when someone doesn’t sit next to me on a crowded subway, to more major discriminations, like being repeatedly passed over for jobs in the fashion industry simply because they don’t want to have someone my size in a visible position. I’ve had doctors tell me I need to lose weight when I’ve seen them for illnesses that have nothing to do with my size, and been applauded by medical professionals and told to “keep it up” when I’ve confessed to starving myself and disordered eating.

5. What do you wish people know about the fat positivity movement?

Dubey:
I wish people would understand that fat positivity has changed lives, in ways they may not comprehend. Not being shackled by those words used to taunt us, to find kinship among the marginalised, and to find healing. Not every fat person is in eating disorder recovery and social determinants impact us in different ways. Do we then punish people for coping in ways that bring them comfort? Or, do we instead provide a safe space of understanding, healing, and solidarity?

Bigelow:
I wish people understood that fat acceptance isn’t about glorifying obesity or unhealthy habits. It is about acceptance and respect for people in their existing state. It is about acknowledging the differences that we have and creating spaces and opportunities for us despite our differences.

Black:
At the end of the day, fat people are people just like anyone else. Everyone deserves kindness and respect, to live their lives without fear of ridicule and judgement. Fat positivity isn’t about “glorifying obesity,” as so many trolls like to proclaim; it’s about self acceptance and self love, and the desire to be treated fairly in the world.

Speaking to these three women has helped me better understand the prejudices — the sometimes relentless harassment and discrimination — that fat people face on a daily basis, both in person and online. I hope that you’ll stand with these women in helping to spread awareness about the fat acceptance movement and challenging traditional beauty standards. Afterall, there’s no wrong way to have a body.

Even if you don’t face the same discrimination that someone else faces, it doesn’t mean you should turn a blind eye to the problem. We all need to recognize that body positivity isn’t as inclusive as it’s cracked up to be, that it’s been co-opted in ways that are far from the original intent of the movement, and that we all have to band together to make changes so that everyone feels welcome in this world.

What Giving Back Does For Your Mental Health 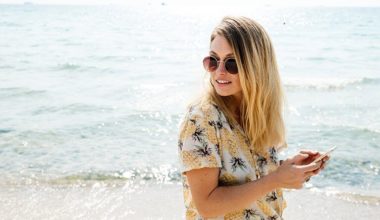 Read More
Published on: 18 Jun 2019
Sometimes it feels like my friends are out of my league. Among them are doctors, social workers, professors… 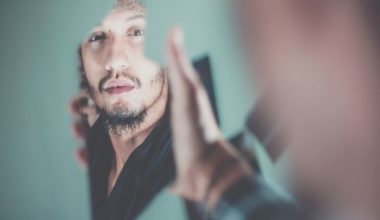 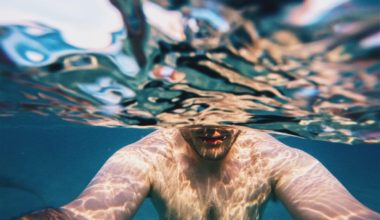