Why Do We Blame Others For Our Mistakes?

When something goes wrong, are you more likely to own up to the mistakes you made, or play the blame game?

Many people are quick to point fingers and play the blame game. In fact, recent research has shown that we expect this behavior to happen. We expect to experience others engaging in blame-shifting, placing the blame on others for their own mistakes.

My hands aren’t clean. I’ve blamed people for my own mistakes more than once, that’s for sure. Why? It’s easy.

Why We Blame Others

Simply put, it’s much easier to place the blame on someone else than to take full responsibility for your actions. It’s also easier to blame someone for our actions rather than take a deeper look at why we made the mistake that we did and face possible consequences — whether it was something you did at work or something that happened during a tiff between you and your partner. Blame shifting takes less effort, and it’s easier on us emotionally — at least in the moment.

“Blame is like another defense mechanism,” says Talkspace provider Cynthia Catchings, LCSW-S. “We could call it denial or projection, because it helps us preserve our sense of self-esteem or pride by avoiding awareness of our own issues.”

Why do we use defense mechanisms? To protect ourselves — whether it’s from criticism, negative consequences, attention, whatever it is you’re afraid of. You might even be in denial that you are, in fact, the one who’s making mistakes.

“We can think of it as a tool we use when we’re in attack mode,” Catchings adds. Alternatively, she notes that some people blame others in an attempt to hurt them — which is certainly not cool!

Furthermore, it’s possible that you might have some deep rooted negative experiences from your childhood that make you predisposed to acting in this way. “Psychologically, we can also see that attachment issues can create problems that manifest when we grow up,” Catchings explains. “Insecure and ambivalent attachments can lead to us not accepting responsibilities and finding blaming easier.”

Negative Consequences of Blaming Others

Seldom does blaming others for our mistakes come without consequences. It might feel like we’re winning in the moment, benefitting ourselves when we don’t take responsibility for our actions, but that’s definitely not the case in the long run. Blaming others can, and likely will, backfire on you, leaving you wishing you never played the blame game in the first place.

If it wasn’t obvious, those you blame will realize it, and they’re not going to be happy that you’re not owning up to your own blunders.

“Typically, when we engage in this behavior, people around us might start to resent us or even walk away,” says Catchings. “Another result can be the loss of communication or trust. People who are victimized start to feel like they are walking on eggshells and avoid communicating to prevent having to experience the blaming.”

Blaming others obviously isn’t just affecting you in the long run, it’s also affecting those who you’re pointing fingers at. According to Catchings, “This can lead to low self-esteem, feelings of worthlessness, and even permanent emotional damage if the behavior doesn’t change and/or the person affected doesn’t look for professional help.”

You might end up losing friendships, relationships, or jobs, depending on what your situation is. “[Blaming] can also lead to loneliness and abandonment, since the people around those who blame can leave and never come back,” Catchings warns.

How to Stop This Behavior

As with many toxic behaviors, acknowledging that you have the problem is the first step to addressing it. Even acknowledging it might not be easy for you, since finally, you’ll have to take the blame yourself, and hold yourself accountable for your actions. If you’re a chronic blamer, it might have been a while since you took responsibility for yourself.

“Family and friends can help by being understanding and helpful. It is different to hear a kind voice telling us that there is a problem instead of hearing someone yelling at us that we need help,” says Catchings.

Looping in a few trustworthy people, folks you can count on, can assist with accountability — and act as a support system. It’s easier to make positive changes in our lives when we have people on our side, rooting us on…and kindly calling us out when we deviate from the new less blamey path we’ve set out on.

Actively notice your thought process the next time you make a mistake. Where does your mind jump to first? Do you want to blame someone, or do you want to explain yourself and take ownership for what you’ve done? Make a conscious effort to choose the second option — although that’s easier said than done. Especially if you’re not accustomed to it!

“Professional help is the most recommended way to learn how to stop this behavior,” says Catchings. “This behavior might be a result of unresolved childhood experiences and issues and consulting a therapist would be the best way to make a true change in our lives.” If you’re interested in finding out whether a therapist can help you dig to the root of this problem and help you avoid this behavior down the line, try talking to an online therapist today.

We have to learn to be able to hold ourselves accountable for mistakes big and small, even though it can be scary. It’s not easy to own up to our errors, but without a doubt, it’s the right thing to do.

Have You Broken Your Own Heart? 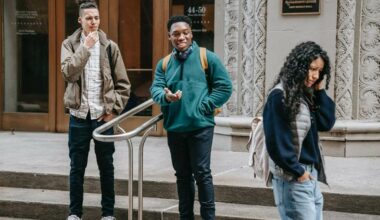 Clinically Reviewed by Bisma Anwar, LMHC
Updated on 12/15/2022 We all have times when we feel inadequate or insufficient compared to others, whether that… 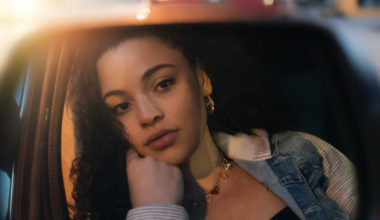 Clinically Reviewed by Reshawna Chapple, PhD, LCSW
Have you ever taken a step back and realized you didn’t recognize yourself or your behaviors? Maybe you’d… 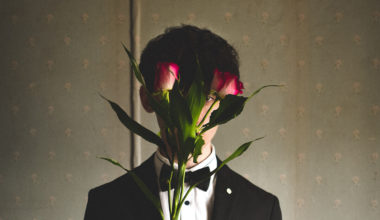 Clinically Reviewed by Cynthia V. Catchings LCSW-S
As a person who suffers from chronic anxiety, low self-esteem is something I experience frequently. For me, low…