“I felt a little guilty about not being on the front lines,” said Ammie K. Brooks, LSW, a therapist with the Black women-centered Sista Afya Community Mental Wellness. When we spoke, the uprising against racist police violence, sparked by the killing of George Floyd, had been raging for more than a week. Brooks had been taking appointments all day with some of the young Black women who make up the bulk of Sista Afya’s clientele. “At the same time, this is the front lines,” she said.

Brooks is right. Since the coronavirus pandemic swept the United States in early March, the country has been in a crisis of care. Women of color, who are disproportionately likely to be essential childcare workers, health workers, and service employees, have been at the front lines of the crisis, even while Black people experience the highest death tolls from the virus.

Following the police killing of George Floyd on May 25, a community already experiencing heightened grief and economic hardship now contends with renewed trauma from racist police brutality. “The mental health of my community, with all these different traumas, is falling apart,” said Camesha L. Jones, LCSW, founder of Sista Afya.

A New Chapter in an Old Story

This trauma is nothing new. Due to the effects of racist violence — including economic, interpersonal, and police violence — Black Americans are 20% more likely than their white counterparts to experience mental illness. Black resistance to racist violence isn’t new, either: from the first U.S. slave rebellions of the 1600s to the Civil Rights Movement, Black Americans have always risen up against oppression.

What is relatively new, however, is the scope and transformative potential of the current round of protests, the largest since those that followed the assasination of Martin Luther King Jr. in 1968 — as well as the protests’ timing in the midst of a dangerous pandemic.

The crisis has created an opportunity, not just for political change, but for deeper forms of community and care. Amid repeated racial trauma, and the brutal police violence protesters are facing on the streets, the therapists at Sista Afya are only a few of the Black wellness workers doing the vital, demanding, and often undercompensated labor of sustaining the well-being of people of color in struggle. “My contribution to what’s happening is supporting people [in] their mental health,” said Jones.

“For the last week almost every person I’ve seen in therapy has been talking about racial trauma,” said Jones. Sista Afya is a safe space to discuss just that. Jones founded the group in 2017, as a community gathering and empowerment space offering wellness workshops for and by young Black women. She added individual therapy in 2019.

Sista Afya is a relatively rare example of a Black-led mental health space in an overwhelmingly white field. As of 2013, 83.6 percent of psychologists were white, and many of them lacked the anti-racist framework necessary to help clients process racial trauma. As a result, many people of color continue to feel they can’t relate to their therapists at a deep level when it comes to issues of race, racism, and culture.

At Sista Afya, said Jones, “I want you to be your full self in therapy. I don’t want you to feel like you have to hide any parts of yourself.” These days, bringing one’s full self to therapy often means discussing the strain of intensified racial and gendered violence. Grief from losing loved ones to the coronavirus, constant exposure to news coverage of racist police violence — itself a form of trauma — and protest-related burnout have all exacerbated the underlying stressors of daily life for Black Americans.

Meanwhile, as racism dominates discussions in social media and public life, many people of color continue to feel the unfair pressure to educate white peers about race and racism. Because they often do triple duty as paid workers, political organizers, and community caretakers, Black women like Sista Afya’s community may be at a particularly high risk of burnout. “There definitely is a higher burden of stress on women,” said Brooks.

While therapy can be deeply healing, conventional therapeutic models are often individualistic and lack focus on the systemic, historical and contemporary violence affecting marginalized groups. In contrast, a movement of therapists of color is agitating to make therapeutic experiences more relevant and healing for people who experience racial trauma.

There are several different frameworks oriented toward providing relevant therapy for people of color. “Culturally responsive” therapy seeks to make practitioners aware of how differing cultural frameworks affect mental wellness. Other practitioners, like Dr. Jennifer Mullan, advocate for a “decolonization” lens. This approach argues that, because Euro-American colonialism fundamentally and violently interrupted non-European peoples’ relationships with their own cultures, histories, and homelands, true wellness requires a deep framework shift away from Western notions of self, community, and wellbeing.

Sista Afya favors a combined approach. “We do use some things that are more Western-dominated, but we also intermingle our culture as well,” said Jones. This takes the form of support groups that use Black literature and cultural icons to help women connect over mental health. For Jones, this emphasis on community directly challenges the isolation that can accompany experiences of trauma and depression.

Intense police violence against protestors — including the use of chemical weapons, hit-and-run car attacks, and pellets that have partially blinded even members of the press — has exacerbated the deep trauma that many Black Americans already experienced. At the same time, community groups, individuals, and mutual aid networks have demonstrated deep solidarity, offering free food and water in the streets, opening their homes to protestors, and even flooding police apps meant to punish protestors with K-Pop imagery.

As these acts of support demonstrate, the front lines of struggle are on the streets, but they’re also in the homes, churches, and therapy spaces where wellness workers like Jones and Brooks care for organizers. “Activism can literally consume you: emotionally, mentally, physically,” said Jones. Protest can mean long, gruelling, and physically demanding hours in the hot sun with little rest and food, an omnipresent risk of physical injury, and the trauma of witnessing others being seriously harmed. Jones, who helped facilitate a support group for Black liberation activists in Chicago, said organizersin her community are already feeling the strain.

Change is a marathon, not a sprint, so Jones recommends that activists continue to care for themselves and each other even while taking to the streets. “One of the biggest things is taking a break. You don’t have to be on all the time,” said Jones. While it can feel difficult to take time away from the struggle to nourish oneself, it’s the only way to keep a movement sustainable. “You gotta step away from it. If you don’t step away from it the intensity and all of the emotions you’re experiencing are only going to intensify,” said Jones.

Jones and Brooks advise activists to tune into their own energy levels and to set aside time to do things that refresh them and give them joy: visiting family and friends, nourishing themselves, and resting. Jones reminds Black activists to take the weight off themselves. After all, they are not the ones responsible for anti-Black racism. “We didn’t create this problem. European, white people created it,” said Jones. “I gotta do this for my survival but this isn’t necessarily my burden to carry. They started it, they need to fix it.”

Jones is an advocate of mindfulness, but these days, gospel music has been lifting her spirits more than meditation. “That speaks to our resilience over the past 400 years. That in spite of the current racial terrorism we still have families, we still show up in other ways that I don’t think a lot of other groups in this country know how to show up,” she said.

Caretakers, too, must care for themselves, and Jones has done so by limiting her social media consumption and continuing to invest time in the routines of daily life: working out, food shopping, cooking. Brooks, too, limits the time she spends talking about the protests to her working hours, in order to stay resilient.

Sustainability is important because, even when the hashtags stop trending and the tear gas clouds have cleared, the movement for Black liberation will continue, as it has for centuries. “This is not a one-time thing,” said Jones. “We need everybody to be in this movement with us long term, until some drastic change happens in our country.”

Black Lives Matter: How White People Can Get Educated and Stay Grounded

Why Do Some of us Perform Better Under Pressure? 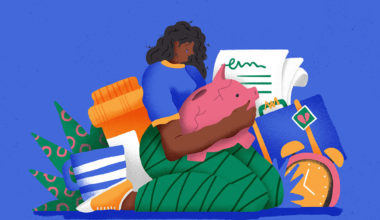 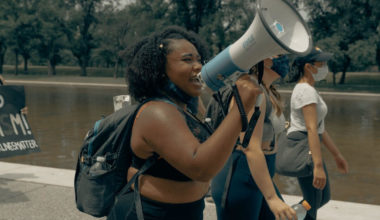 Read More
Published on: 01 Feb 2021
The events of 2020 — racial and social unrest, the killings of countless Black people, the disproportionate rate of…