“As Workplaces Discuss Sexual Harassment Prevention, Are They Neglecting Treatment?” originally appeared on Fairygodboss, an online career community for women, by women.

In the wake of the #MeToo movement, workplaces across the country are discussing how to prevent sexual harassment and penalize guilty employees. But, like all national issues, it’s important to not only consider prevention, but also treatment for those already affected.

New research published in the Journal of Occupational Health Psychology warns that sexual harassment at work is a “chronic problem” for women in the workplace — one that can cause lasting mental illness.

Researchers analyzed data from the US Equal Employment Opportunity Commission and Fair Employment Practices agencies and found that, while the total number of complaints actually fell 28.5 percent from 1997 to 2011, women who experience sexual harassment at work are more likely to suffer from anxiety, depression, eating disorders and post traumatic stress disorder (PTSD). The study also found that female victims have a tendency to abuse alcohol and drugs in an effort to cope, and they have lower levels of overall happiness.

Of course, just because the number of recorded complaints has fallen doesn’t mean that sexual harassment in the workplace has decreased. The research found that hierarchical power dynamics are at the root of sexual harassment, and we know all too well how true that is given the surge of women in Hollywood publicly coming forward with their stories. In the sexual harassment stories of Rose McGowan to Angelina Jolie to Gwyneth Paltrow and more, power dynamics play a big role.

While the number of male victims has risen more than 15 percent in just 15 years — and we’ve heard from more men like Anthony Rapp who came forward alleging sexual advances from Kevin Spacey — the report found that men do not find their experiences as anxiety-inducing or upsetting as women, and women still continue to file the bulk of complaints. This is neither to discount men’s stories nor undermine their experiences, but it is to understand just how “chronic” a problem workplace sexual harassment can be for female victims, in particular.

Regardless of one’s gender identity, as evermore people come forward, companies should be making strides to help victims of harassment cope with the aftermath.

“Harassment can cause PTSD and physical health problems as a result of the stress of the harassment and the stress that reporting and dealing with it causes,” says Jennifer Hancock, who teaches how to stop harassment using behavioral training techniques at Humanist Learning Systems. “For instance, when I was being stalked, I was so nervous I developed a nervous bladder, which required medical treatment and medicines.”

“We really need to normalize mental health treatment and help people understand that some of their physical symptoms may be related,” she says. “Very few people have the skills to cope with harassment on their own, and mental health professionals can have a huge impact in a very short amount of time, so it’s money well spent.”

Approximately one in five adults in the U.S., or 43.8 million Americans, experiences mental illness in a given year, according to the National Alliance on Mental Illness. Almost 10 million Americans experience a serious mental illness in a given year that substantially interferes with or limits one or more major life activities — such as, say, their careers.

Mood disorders like depression are the third most common cause of hospitalization in the country for both youth and adults aged 18 to 44, which means that it can keep employees out of work. And those living with serious mental illnesses also face the increased risk of chronic medical conditions, which means that they die, on average, 25 years earlier than everyone else. This is largely due to treatable medical conditions, but less than half of American adults with a mental health condition received mental health services in the past year.

So while companies work on preventing the perpetuation of mental health problems, perhaps they should also consider how they can contribute to the costs of counseling and other treatments for PTSD, anxiety, eating disorders and drinking and drug problems.

“We have definitely seen an uptick in the kinds of companies, both big and small, that reach out and react in the wake of the Harvey Weinstein crisis,” says Stephany Zoo, executive director of Phoenix Risen, a World Economic Forum-supported nonprofit that brings men and women together to talk about sexual harassment. Phoenix Risen’s interactive empathy workshop, for example, asks both men and women to break down power dynamics, set boundaries and learn to also communicate nonverbally.

Zoo adds that people are not only reporting more incidents, but the news of sexual harassment in Hollywood and elsewhere is also triggering past traumas for many victims, and it’s critical that companies recognize that.

“Most companies, may not have existing resources to provide counseling and support to their employees, but you can always partner with local grassroots organizations,” Zoo advises. “For example RAINN has a national 24/7 hotline, and city-specific resources are available on their website.”

She also says that it’s time for companies to revisit their sexual harassment policies.

“Are all the facets of implementation in place?” she asks. “Does your HR team actually have the training to deal with these situations? You can also do an internal survey to measure efficacy. Have a town hall meeting to be pro-active about your stance on sexual violation in the workplace and let your employees know that their welfare and safety matters to the company. This more than just a legal precaution, but speaking from an angle of safe spaces and culture.”

Bio: AnnaMarie Houlis is a multimedia journalist and an adventure aficionado with a keen cultural curiosity and an affinity for solo travel. She’s an editor by day and a travel blogger at HerReport.org by night. 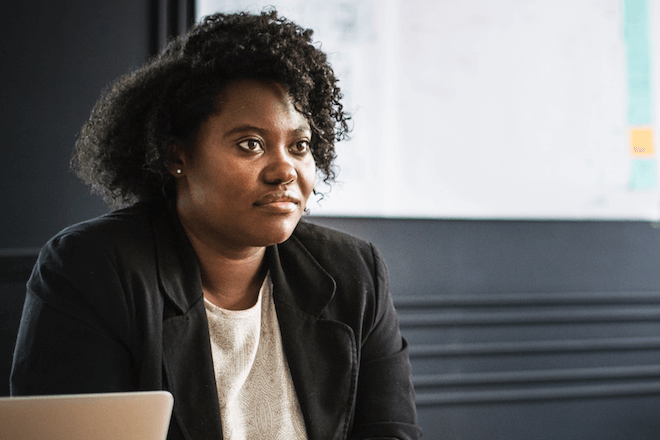 Read More
Published on: 24 Sep 2018
For as long as I remember, I’ve wanted to be a journalist. Even before I knew of Sex… 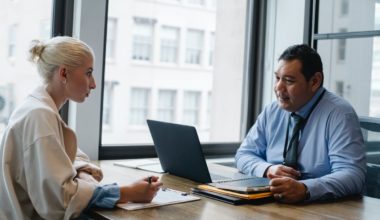 Read More
Published on: 18 Jun 2021
Mental health challenges are something many of us will experience at one time or another. According to the…