#MeToo Has Revealed the Need For Change. But one big question remains: How?

The year was 1980, and feminist activist Ellen Pence had just moved to Duluth, Minnesota. Since 1975, with the tide of the feminist movement rising across the United States , Pence had been involved with organizing against domestic violence — work she furthered with friends when they founded the Domestic Abuse Intervention Project (DAIP) in Duluth. When a brutal domestic violence murder shook the small community, the group sprung into action.

The challenge: How could the community keep women safe, and change the behavior of men who abused? Simply sending abusers to jail wouldn’t work. Instead, based on interviews with victims, the activists devised a curriculum for a group intervention to encourage men to change. The program’s fundamental insight was that abuse is about men’s power to control women — not the result of too much passion nor a normal part of relationships.

The program spread quickly, becoming the model for most court-mandated batterer intervention programs across the United States. “We have no illusions that most men will stop their violence and give up their power,” organizers wrote about their method. “But we have an unshakable belief that within us all is the capacity to change.”

Forty years later, there’s good reason to feel skeptical about that capacity. While Americans’ attitudes about gender have become more egalitarian since the 70s, persistent gaps in equality, especially in beliefs about relationships and the home, remain. These gaps came into glaring focus in October 2017, when allegations of sexual violence against producer Harvey Weinstein reinvigorated a previous movement against sexual and intimate-partner violence started by Tarana Burke.

With an avalanche of accusations against powerful abusers and solidarity among women victims filling the news, #MeToo was born.

For Lesley Wexler, Associate Dean for Academic Affairs at the University of Illinois College of Law, #MeToo provides an opportunity for change, not only for individual perpetrators, but for society as a whole. Writing with colleagues in a recent paper, Wexler argues that #MeToo is an opportunity for transitional justice: a moment when an entire society can take accountability for a systemic problem, and transform into a more just way of being. “Transitional justice gets to that historical situation at a moment in time when there might be an opportunity to choose a different path,” Wexler says.

With the past year bringing news of accused harassers and assailants returning to public life, apparently without consequence, it can be tempting to despair. Can individual abusers really change? Can we, as a society, change? And if so — how?

Gender-based violence, including sexual and intimate partner violence, is as common as it is difficult to stop.

People of all genders experience and perpetrate sexual and intimate partner violence. But the effects on vulnerable groups — including women, LGBT people, people of color, and low-income people — are particularly severe. As a whole, gender-based violence has proven especially detrimental to women’s and LGBT people’s progress.

These alarmingly high rates of victimization have a particularly negative effect on women, who are more likely to be seriously injured from assaults by men, and to face serious economic repercussions. Between missed work, medical expenses, court expenses, and more, the lifetime economic burden of intimate partner violence victimization is, on average, $103,767 for each female victim and $23,414 for each male victim. Meanwhile, women who experience intimate partner violence as early as adolescence obtain, on average, six months less education than women who aren’t victimized. Poverty exacerbates these effects, with children in low-income families even more likely to be severely victimized.

To make matters worse, the problem is stubbornly resistant to change. In some studies, up to 60% of people arrested for domestic violence will be rearrested for the same charge within 10 years.

Programs For Perpetrators: Do They Work?

The activists who invented the Duluth model had revolutionary insight: domestic violence isn’t natural or inevitable. It’s social and psychological, and it can be changed. But there’s one big problem with conventional batterer intervention programs, including the Duluth model: most of the time, they don’t work.

Dozens of studies have investigated the usefulness of traditional batterer intervention programs like the Duluth model. Their conclusion? People in conventional programs are almost as likely to reoffend as people who aren’t in a program at all.

“After you go through this time-consuming, costly intervention for 24 weeks, 36 weeks — in California, it’s the whole year — the decrease in recidivism is five percent compared to if you [were] arrested or didn’t go into the treatment,” says Julia Babcock, Professor and Co-Director of the Center for Couples Therapy at the University of Houston.

“Most of the people who come into these programs are not very motivated to engage or change their behavior,” says Chris Murphy, a psychology professor at the University of Maryland, Baltimore County. After all, most people involved in relationship violence programs aren’t there voluntarily — they’ve been court-ordered, often as an alternative to jail.

“In the field there’s been traditionally a lot of emphasis on using confrontational methods, which we know tend not to effective,” says Murphy. When people aren’t motivated to change, an accusatory approach can backfire, leading participants to drop out of programs.

Instead, Murphy says, working with perpetrators with a “very affirming, very supportive, not particularly judgemental” approach can encourage receptiveness to change. By helping a person who has abused identify their values — for example, family loyalty — and appealing to those values, clinicians can inspire transformation.

“You meet the person where they are, and talk to them, not at them,” says Babcock. Rather than simply educating perpetrators about gender, power, and control — lessons that may fall on unwilling ears and assume one-size-fits-all motivations behind abuse — clinicians can take a healing approach to address issues that may exacerbate abusive tendencies, including childhood histories of victimization, mental illness, and substance abuse. “The helping and healing model works better than the teachy-preachy model,” Babcock says.

That’s not to say the Duluth model, and its emphasis on gender, is irrelevant. While the power and control-based framework championed by the Duluth model may not be the most effective way to convince someone who has abused to change, it is a powerful description of the way violence affects victims. The reality is, abusers often do enjoy benefits from their violent behavior, because it coerces the victim into behaving the way the abuser wants. “It gets her to shut up,” says Babcock. “That’s the controlling part.”

By moving from an approach that focuses only on gender to a more intersectional outlook, considering factors like income, race and culture, family history, mental health, and sexuality, activists and clinicians hope to address all the life experiences and social circumstances that lead to violence — and thus, change them.

Changing Individuals By Changing the World

But to truly transform violence, says Leigh Goodmark, Professor of Law and Co-Director of the Clinical Law Program at the University of Maryland, we have to transform society. “Criminalization is the primary response to domestic violence in the United States,” says Goodmark. “It isn’t working.”

She points to staggering facts. While domestic violence rates have fallen since the “tough on crime” 1990s, that was part of an overall reduction in crime. Rates have stayed more or less the same, or even increased, since the 2000s. Goodmark cautions against attributing an overall reduction to incarceration. Instead, she says, shifting social attitudes may be partly behind the change.

Meanwhile, abusive conditions in prison can exacerbate cycles of violence. In 2015, incarcerated people made 24,661 allegations of sexual violence, most of them against staff. This trauma, in turn, can compound previous patterns of harmful behavior. “There’s a strong correlation between the experience of trauma and the perpetration of harm,” says Goodman.

Besides the risk to the human rights of perpetrators, incarceration often has ripple effects on the lives of victims and communities. Often, judges issue restraining orders against abusive partners on behalf of victims, even when the victim doesn’t ask for them. This can leave victims who are coparenting with their abusive partners without a means of childcare or financial support. Meanwhile, low-income survivors and survivors of color are often criminalized when they make reports of sexual abuse, leading to what is commonly called the “sexual abuse to prison pipeline.”

The Courage to Think Big

If prisons and conventional therapies don’t work as well as they should, what will stop gender-based violence? For Goodmark, it’s a “yes-and” approach: better therapy, culture change, less of an emphasis on prisons, measures that promote economic prosperity for all, and resources devoted to community-based programs.

Goodmark points to efforts like Oakland’s Creative Interventions, a collective taking a community-based approach to fighting domestic and intimate partner violence. She also points to the Strength at Home Men’s Program, which works with veterans who have committed intimate partner violence to address risk factors like PTSD. Common among these approaches is the idea that people often perpetuate the harm that was done to them — and that, while hurting a partner is never acceptable, everyone deserves the chance to grow. “Somebody can have been harmed, and can do harm,” Goodmark says.

Meanwhile, states have begun to experiment with promising new psychological interventions to help prevent people who have abused from reoffending. In the past few years, Iowa and Vermont have implemented interventions based on ACTV, or Achieving Change Through Values-Based Behavior. Developed by Amy Zarling at Iowa State University, the program teaches participants to identify their values and then develop healthy emotional responses that move them toward these values. Results of a three-year study have been promising, with 3.6% of men engaged in ACTV programs re-charged with domestic assault, as compared to 7% of men in traditional programs.

For Wexler, the legal scholar who dubbed #MeToo a period of societal transformation, only time will tell whether such methods will bring the social change we need. “Does the world really look different in 10 or 15 or 20 years?” she asks.

We can’t know for sure. But if there’s anything to learn from past activism, it’s that — just like that small group of women in a Minnesota city all those years ago — change comes when we have the courage to think big.

Try These 4 Things If You're Feeling Lonely In Your Relationship

3 Ways to Save a Relationship 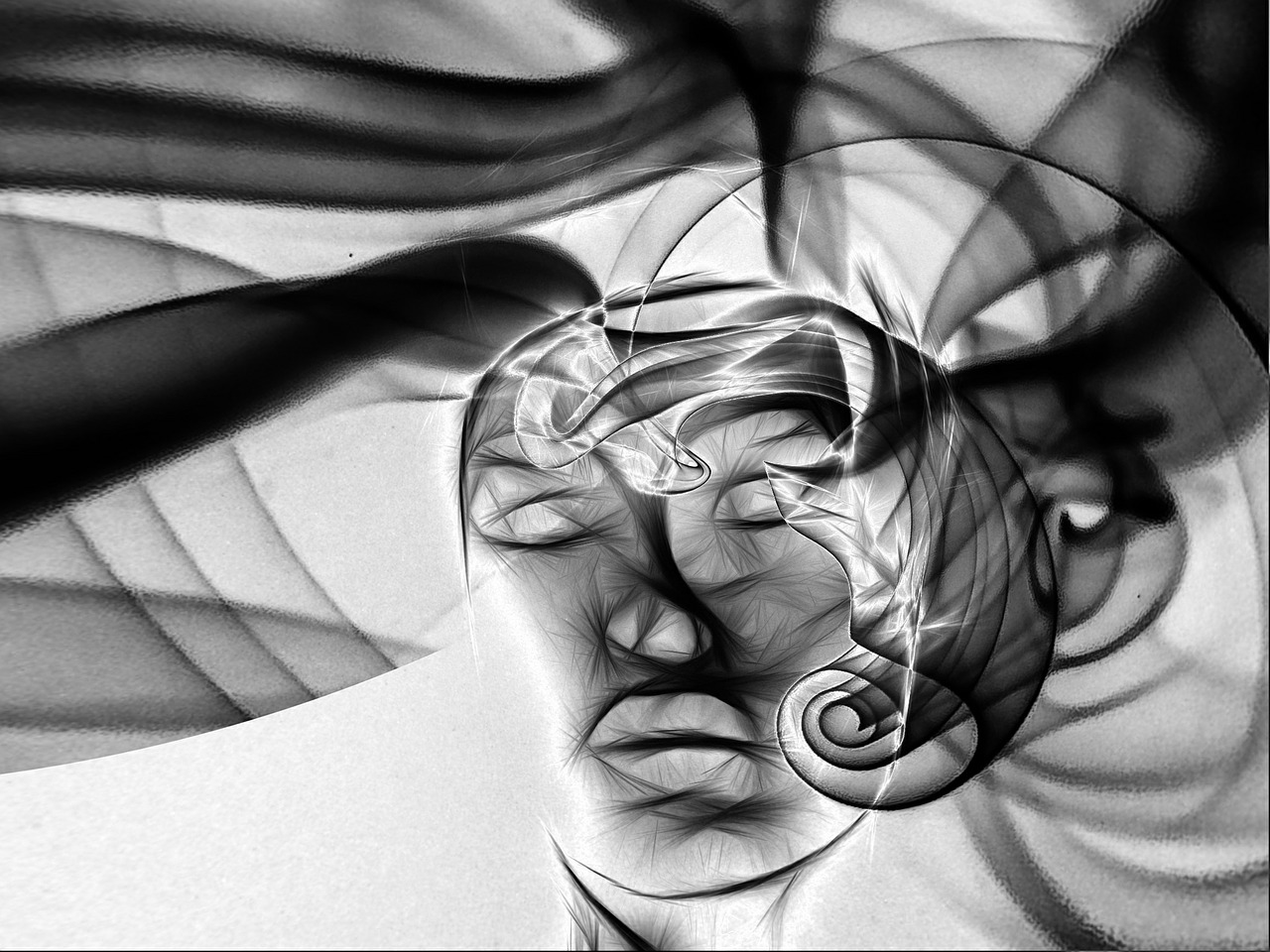 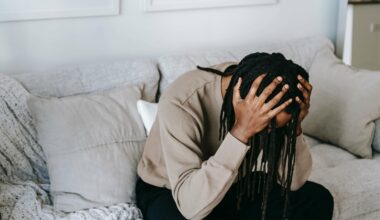 Clinically Reviewed by Karmen Smith LCSW, DD
Even though emotional abuse doesn’t leave you with physical wounds, it can still cause significant damage. Living through… 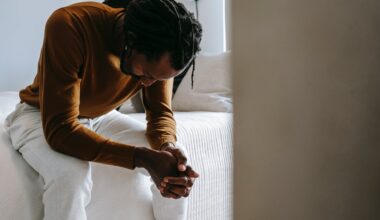 Clinically Reviewed by Ashley Ertel, LCSW, BCD
Not everyone that struggles with narcissistic personality disorder will present abusive behavior in a romantic relationship, however, in…