I started self-injuring when I was 17-years-old, the result of not knowing how to manage the overwhelming emotions accompanying years of sexual abuse by a teacher. Self-injury became my way of expressing extreme feelings of fear, anger, sadness, hopelessness, shame, and a complete loss of control. Over time, self-injury became the only way I knew how to deal with emotions, and I didn’t know what else to do.

When I decided I wanted to stop self-harming, the only information I could find advised me to color on my arms with markers, snap a rubber band on my wrist or hold an ice cube. If I was angry, the suggestions were to “get it out” by punching pillows, ripping magazines or throwing ice against a wall.

Well, in short, drawing on my arms with red marker only increased my desire to see real blood and holding ice cubes didn’t hurt enough. At the end of the day, all I wanted to do was cut or burn for real. And I still felt overwhelmed.

It turns out I’m not alone in this experience, and these popular substitute self-injury alternatives are partly to blame.

The Problem with Self-Harm Substitutes

The problem with holding ice or snapping a rubber band on your wrist comes is that these are not alternatives — they are not distracting a person during a moment of crisis — but rather, they are merely substitutes. It’s the same self-destructive mindset and behavior in a different wrapper.

These alternatives may remain so common because self-injury itself is so hard to give up.

“Self-injury is a coping strategy, so telling somebody to give it up is really hard — it’s not easy,” says Seliner. “Probably one of the reasons substitute behaviors, you see so much of them, is because it really is self-injury but just a different form.”

Another popular suggestion recommends drawing on your arm with red marker to mimic cutting. While coloring on an arm may not cause permanent bodily damage, walking around with red marker on the body isn’t going to work well in a school or professional setting. It’s not a practical or permanent solution to coping with emotional dysregulation.

“Drawing on your arm with a red magic marker is going to do nothing but draw negative attention,” says Seliner. “It’s another way that people are using their body as a bulletin board to communicate to the world what they’re feeling.”

The Psychology Behind Substitutes

Beyond the fact that these stand-ins for self-injury can cause damage of their own and don’t resolve the underlying issues behind the impulse to self-injure, they are outright ineffective. Substitute behaviors only make people want to self-injure more.

Similarly, cathartic behaviors meant to release anger such as punching pillows, ripping newspapers or throwing ice against a wall do not serve their intended purpose to discharge negative energy, but rather further aggravate a person.

“We have heard from our patients frequently that they continually feel overstimulated, revved up and that this contributes to their escalating panic and agitation,” writes S.A.F.E. Alternatives co-founders Wendy Lader and Karen Conterio in Bodily Harm: The Breakthrough Healing Program For Self-Injurers. “Recommending physical activity to people who feel this way is like throwing gasoline on a fire: it makes them more out of control rather than less.”

“Anger is a secondary emotion and often times when you get underneath the anger you’ll find a different emotion, most commonly sadness, hurt, rejection, shame,” adds Seliner. “We teach [clients] how to communicate their anger in a healthy, appropriate way rather than discharging it with a physical act.”

Why These Self-Injury Substitutes are Popular

Despite evidence that all of these unhelpful suggestions to combat self-injury are counterproductive, their recommendation persists, even among therapists. This includes some of the best, most effective therapists I’ve encountered over the years.

This may be thanks to the proliferation of these substitute behaviors on the internet. Though safe havens such as S.A.F.E. Alternatives or the Self Injury Foundation work to educate people otherwise, the old methods are drowning out safer distractions. The public knowledge of how to help those who self-injure is built largely on repeating the same coping skills in article after article.

A Google search for self-injury alternatives, for example, comes up with this as the highlighted option: “Hurt yourself in a relatively harmless way, like holding ice, or rubbing ice on the spot you would normally cut or burn. Chew up a hot pepper or rub liniment under your nose. Snap your wrist with a rubber band.”

However, the most often-repeated options are not always the best, and that is certainly the case with these out-of-date self-injury alternatives. In fact, it’s time to retire these self-harm substitutes altogether.

So what should those who self-injure do instead?

The true purpose of a self-injury alternative creates a distraction long enough to find other ways to express feelings, or to simply let difficult emotions pass without inflicting harm.

“An alternative is really a distraction from the impulse so that the person can further process what they’re thinking, what they’re feeling, challenging their negative thoughts,” says Seliner. “It’s just creating a window of opportunity so they can think through what other choices and options they have [and] helping them to be able to sit with that uncomfortable feeling, seeing that they can manage it without being self-destructive.”

The key is building a pause, or window of opportunity, between overwhelming emotions and the impulse to self-injure through harmless distraction-based alternatives. These will be unique for every person, and include activities such as listening to music, reading, cleaning the closet, petting a cat or dog, calling a friend, painting, deep breathing, crafting, collaging, going for a walk, coloring, playing video games, or other similar activities. My list also includes meditation, journaling, drinking tea or hot chocolate, and watching TV.

Alternatives should serve as safe distractions, not substitutes, which will help a person get out of crisis mode and into a place where emotions can be expressed in a healthy manner. Seliner works with clients to create lists of 10 to 15 specific alternatives to use when the impulse to self-injure arises. Lists should be stored somewhere easy to find, such as on a phone, and it may be helpful to have different alternatives for work, home, social situations, or school.

“You want to teach people how to live a productive, healthy life … and we want to teach them how to verbally communicate their feelings in an age-appropriate way as well as to tolerate their feelings,” says Seliner. “We believe in a complete cessation of the behavior. We do not believe that any amount of self-injury is healthy.”

Ultimately, alternatives are temporary tools to help self-injurers get the emotional distance they need to process their feelings without taking it out on their body. The goal is to learn to tolerate and express emotions in a healthy, age-appropriate manner and to eradicate the need for self-injury completely. This is the process I am slowly working through.

Unboxing the Realities of Moving with Anxiety

What My Therapist Told Me After My Horrible Divorce

Read More
Published on: 23 Jan 2018
The following is intended for readers 18+ The summer I was nineteen, I researched and wrote a travel… 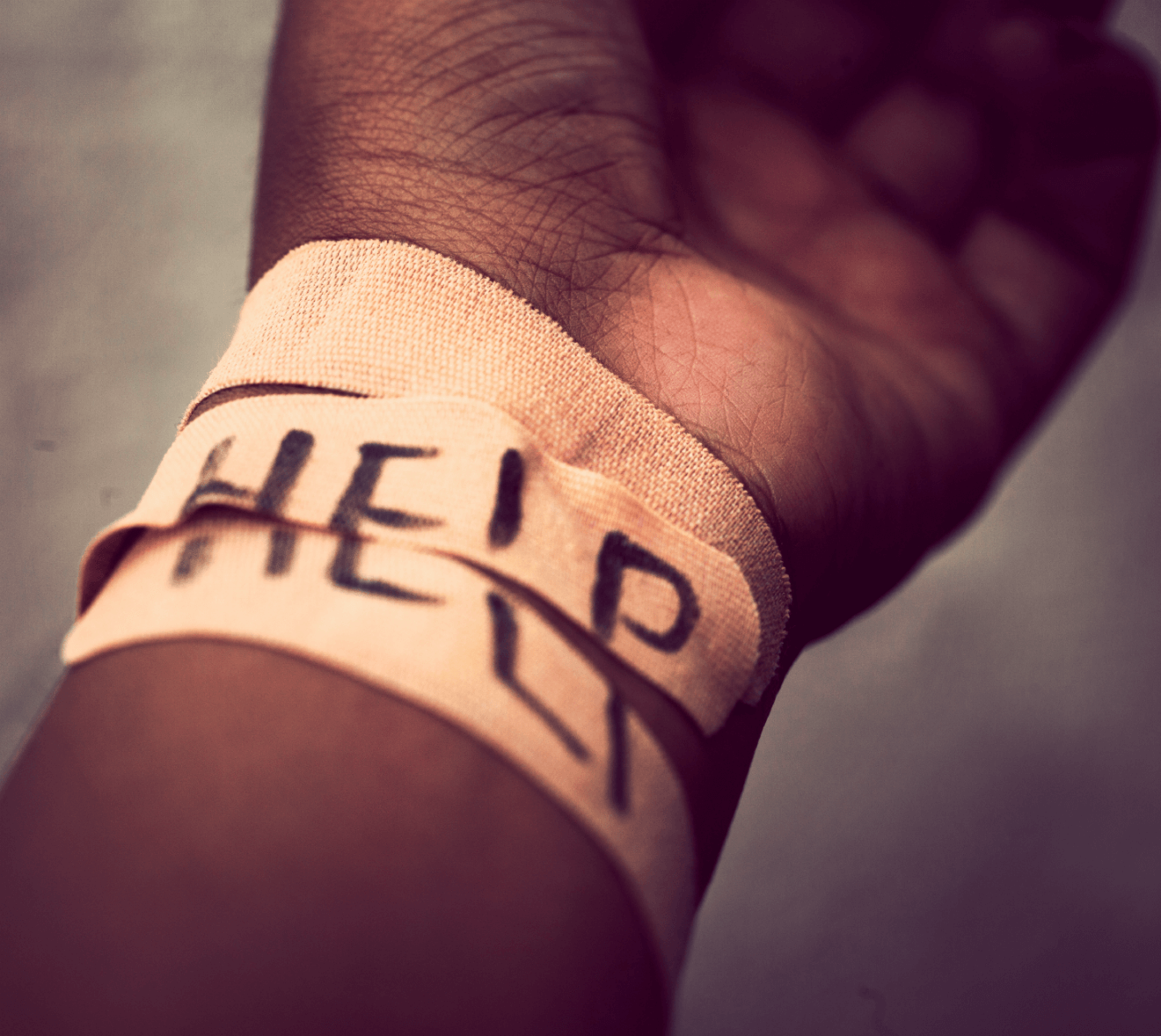 Clinically Reviewed by Kate Rosenblatt, MA, LPC, LMHC
Sexual violence can include but is not limited to sexual assault and rape, sexual harrassment, sexual abuse, unwanted…