What My Therapist Told Me After My Horrible Divorce

After a 25 year marriage, to the woman who I thought was the love of my life, I am now divorced and single. I know lots of men who say that divorce is the best thing that’s ever happened to them. For me that’s not the case.

My ex-wife left me for a man 20 years younger than me. That fact alone was alone was enough to send my mind down a deep, dark rabbit hole. Any ounce of self-confidence I had quickly flew out the window. No only did I go down a path of self-loathing and sadness, but I was crushed under a mountain of legal fees (no, she did not go quietly or kindly). I felt completely duped –– as though I couldn’t even trust my own gut anymore. Where had it come from? How could I have misjudged someone for a quarter century? What had I done to make her recoil in such hate?

Before the divorce I was financially stable. We’re not talking vacation home stable, but I was able to support our five person family –– which in today’s economy — is a dream, I know. Times have changed. My life certainly has. After the divorce, I am now struggling to pay rent for the two bedroom apartment I currently live in. That part is tough, but it’s nothing compared to the pain and devastation I feel about not being able to see my kids everyday. That keeps me up at night. That gives me a sinking feeling in my stomach. That aspect of this entire nightmare is what makes me want to give up on everything –– and yet, my kids are the only reason to keep going.

For the first time in my life, I experienced a lasting depression. I’m human, I’ve been sad, but I’ve never had that feeling where I could just sleep for hours and hours on end, and still be exhausted. I lost interest in everything — friends, work, sports. I barely ate (which, for me, is a huge indicator that something is seriously wrong), the only windows of joy was when I could see my kids. But every time I had to bring those three little goofballs back, back to my own house with the stuff I’d accumulated over 25 years of sharing a life with someone, it was like losing them all over again.

One night I was actually so far down the rabbit hole that I googled “ways to help depression” and Talkspace came up. I have never been to therapy nor do I really know many people who have (openly at least). I never really thought I needed it. But I was desperate at this point and was ready for anything. I just wanted a little bit of relief. I needed someone to tell me it would be okay, that people did still love me, and to suggest some ways that I could be proactive about feeling better. I liked the idea that I could text a therapist confidentially and didn’t have to physically go anywhere. I also appreciated the cost –– especially after taking such a financial hit.

I got matched with a therapist who had dealt a lot with divorce. He understood the emotional trauma, specifically for guys. I liked being able to message him at anytime. Whenever the darkness hit, I opened the app and unloaded into this private chatroom. Each time it felt like I could breathe just a little bit more. I learned how to cope with my feelings rather than ignore them. I learned that ignoring them would sometime lead to a darker manifestation and they would linger and become more powerful. I never had a vocabulary for my emotions. In a way, I used to be so afraid of them. I didn’t really like feeling things when I could avoid it. Working with my Talkspace therapist, I learned how to feel my emotions and accept what I was feeling, but recognize that they did not have to consume me. My therapist became a flashlight to help guide me through an otherwise dark tunnel.

Once I started working through my heavy feelings, I was able to become a better father to my kids. I was able to be present and not consumed with sadness and anger. I was able to enjoy small moments with them. I was able to be the kind of role model I always wanted to be. I am still hurting, but today I feel hope –– and that’s something I have not felt in a long time.

I still return to those dark memories sometimes, the bad times, alone in that empty apartment. I had never felt so lonely and stuck, when it was impossible to connect with anyone. At least that’s what I imagined. I didn’t know there was someone available at the touch of a button, available 24/7. I’m so glad I found my therapist, someone I could reach out to any time. To have Talkspace there when the going gets bad, it’s a huge weight off of my shoulders. I’m becoming the person I didn’t even realize I should have been when I was married. Talkspace is helping me be the man I want to be for my kids — and for the person I’ll eventually meet and share my life with. I’m pretty excited about what comes next.

It's Time To Retire These Self-Harm Alternatives 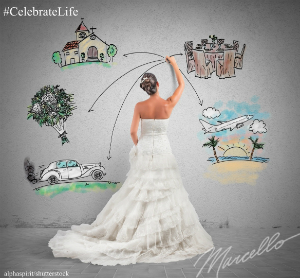 Read More
Published on: 22 Jun 2016
You’ve most likely seen the movies that make fun of wedding planners for being over the top. Maybe…

Read More
Published on: 13 Jun 2019
A guy I used to date had multiple tattoos for his ex girlfriends. His arms, wrists, and neck… 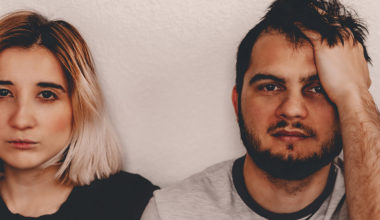 Clinically Reviewed by Jill E. Daino, LCSW-R
As if breakups and divorces weren’t already hard enough, some people are getting hit with a double whammy:…