The State of Our Relationships

It’s spring in New York City, and Patricia Ross is on the phone. Warm weather has just come to Brooklyn. In normal times, the streets would be pressed with crowds of revelers, giddy with sun. But these are not normal times. For the past two months, since the coronavirus gripped New York, sirens have echoed in the streets, filling the gaps left by absent laughter and silenced speaker beats.

Ross is the Executive Director and clinical supervisor of the North Brooklyn Coalition, an anti-domestic and sexual violence advocacy organization serving survivors in some of Brooklyn’s most historically underresourced — and now rapidly gentrifying — neighborhoods. Since New York’s Governor Cuomo and Mayor de Blasio issued stay-at-home orders in March, Ross and her staff have fielded calls from home. Their clients are largely Black and Latinx, low-income women. They’ve long been on the short end of structural inequality, a fact that makes them more vulnerable to abuse — and more vulnerable to the economic, medical, and social fallout of the coronavirus pandemic.

The Volatility of Relationships

The city streets aren’t the only things unusually quiet. Since the pandemic began, Ross said, some domestic violence first-responders have seen an eerie silence on the phones. For nonprofit groups like The North Brooklyn Coalition, the number of client calls is roughly the same as before. But, says Ross, “The police have seen a decrease in calls, and that worries them.”

That’s because, while increased stress and the lack of in-person community support have resulted in a rise in domestic violence, survivors also face increased difficulty reaching out for help. It’s hard to call a counselor when stuck in close quarters with the very partner causing harm. “It’s very volatile because we’re all stuck with people for better or worse,” said Ross. “Even in the healthiest relationship, it’s tough to be closed off in close proximity.”

Ross’s clients are particularly hard hit by the inequalities of the pandemic, but their experience of the potential volatility of intimacy is far from unique. It’s just one part of the complex mosaic of impacts — some awful, some joyful, most bittersweet — the COVID-19 pandemic has had on our most intimate relationships. As people across the world shelter in their homes — if they’re lucky enough to have them — for months at a time, some relationships deepen; others are pushed to the brink.

Challenges and Changes for Relationships

According to user surveys from The Knot, a wedding planning and relationship health service, since the coronavirus pandemic began, more than 40% of American couples are spending an extra 20 or more hours together a week. For engaged couples, this extra time has proven a kind of early honeymoon, with 66% reporting deeper intimacy. Married couples are a little more likely to feel the strain of close quarters, with 56% reporting increased closeness. Many couples, 60%, are focusing on developing a healthier lifestyle together; 34% are focusing on great sex (and presumably, more were too busy getting down to fill out a survey). Couples sheltering in place with children have, understandably, faced additional challenges, with only 63% feeling supported by their partners, as opposed to 80% of those without kids.

Meanwhile, for partners of essential workers, the daily stresses of close quarters are replaced by agonizing distance or nauseous fear, as simply going to work can pose a life-threatening risk.

In a house in Rhode Island, some two hundred miles from the pandemic’s epicenter in New York, Gretchen Blycker has also been fielding client calls. A Licensed Mental Health Counselor in private practice who teaches Human Sexuality at the University of Rhode Island, Blycker’s partnered clients have reported a gamut of experiences, from increased strain to increased intimacy — and often, a little bit of both.

While small pleasures can help, Blycker said it’s also important to develop longer-term coping mechanisms. She favors a mindfulness approach: paying attention to our bodies and any uncomfortable feelings, rather than pushing them away.

The vulnerability of this time can rub us raw as skinned knees, but it can also open us up. “Being open and sensitive during times of crisis can feel like a risk. I work with couples to consciously create that space together: a sacred space,” she said. The couples doing well have been able to tune in, rather than emotionally drop out. “They’re taking the time to do the things they didn’t have the time to do before, really creating the space to be sexual and sensual together.”

Between client calls, Blycker has also been taking time to cultivate a romance of her own, with her husband. He lives in Connecticut; she lives in Rhode Island. Every day, they spend at least an hour on the phone. “We’ve been married for a year and a half and we’ve been dating,” Blycker said.

And Blycker’s not the only one dating. For the unpartnered interested in meeting a match, social distancing has invited creativity — and sometimes, self-reflection.

“There’s no upside or silver lining to this pandemic,” a friend of mine texted me recently, as I researched another Talkspace Voice article. We’ve been chatting about our dating lives during a series of socially distant park walks. “But I have a pattern of jumping into relationships or intense things at the first sign of anything that I like. Being forced to be pen pals or just walking buddies, while frustrating, is actually probably helping me figure out what I do or don’t like and want.”

As fate would have it, my friend and I face an admittedly enviable problem: we have a glut of potential dates, yet no possibility of real-life meetings. But Blycker said there can be an upside to being forced to take it slow. “If there’s not physical sex early, there’s more information in terms of intention and interest.” At the same time, the pandemic has brought out our fragility, and thus our potential to connect to the delicacy of life, the depth of hurt, and the evanescence of all things. It’s allowed us to savor one another. “Everything’s right at the surface. These portals are opening up for love and connection and authentic intimacy,” Blycker said.

While there is indeed no silver lining to a brutal pandemic, for a lucky few, the timing has been as right as it can be. In mid-March, artist and children’s book editor Madison Moore was playing ultimate frisbee in a Chicago Park when she saw him. “We had played in the same pick-up games before,” she said, in an email, of her ultimate frisbee crush. The first time, Moore noticed him, but they didn’t speak. The second time, Moore decided to confront the matter head-on — literally. “I intentionally matched up on him (played defense on him) in a really lame, embarrassing, ultimate-y way of wanting him to notice me!” she said. “I have a feeling that it worked subconsciously, because he talked to me the next time we saw each other.”

Soon, the talking turned to texting, and the texting turned into a first date. But by that time, bars and restaurants were already closed. The pair tried to meet in a park, but Chicago’s weather had, at least, stayed constant: it was too cold to even toss a frisbee. So they grabbed takeout and went back to Moore’s apartment. Except for a few weeks when her love interest left the city, they’ve been spending time together ever since. With no roommates to worry about, the two have been switching off between apartments, enjoying the rare intimacy that can develop in this period of uninterrupted togetherness.

“I think we have definitely gotten closer on a domestic level faster than we otherwise would have,” said Moore, who chronicled the pair’s story in a mini- “Modern Love” column in the New York Times. The pandemic has prompted them to have conversations about space and boundaries that many lovers don’t have until later. At the same time, said Moore, it’s allowed them to enjoy one another’s company without being pressured to define what, exactly, their intimacy means. With much of Chicago shut down, the romance remains alive. “I’ve spent a lot of time joking with my friends about it being like a rom-com meet-cute,” Moore said.

Moving Forward in Our Relationships

It’s a happy coincidence that, in the United States, the pandemic has coincided with spring. Stuck at home and worried about food security — but also, perhaps, eager to coax something into growth — Americans have taken up gardening at unprecedented rates. By late March, the panic-buying had begun; by late April, seed companies across the country were facing weeks-long backlogs. It’s an apt metaphor for the state of our relationship health. In an age defined by restriction and the omnipresence of death, budding things — love stories, plants — give us life.

When talking with couples, said Blycker, “I use the analogy of a garden often. What are you weeding out? And what are you growing here together?” She works with individuals to find that growth not only in their relationships, but in themselves. When we tap into these inner reserves of sensuality, love, and resilience, said Blycker, “It’s an inexhaustible well.”

In New York City, sirens still fill the sunny, empty streets. Next-door neighbors, unable to run into each other at the bodega, peek at each other through slatted window blinds across back allies . At 7pm each night, in appreciation of essential workers, the buildings echo with a sonorous cheer. Love, also, can bloom in the unusual quiet. As Moore and her frisbee-throwing crush tangle in domestic tendrils in Chicago; as Blycker and Ross field client calls; and as Tinder-swiping singles put out tentative roots of romantic hope — life keeps ripening.

While fraught with difficulty, this period may be an opportunity for a relationship to get stronger:

Quarantine Dreams: What Do They Mean?

What are ‘Coping Skills’ and How to Use Them 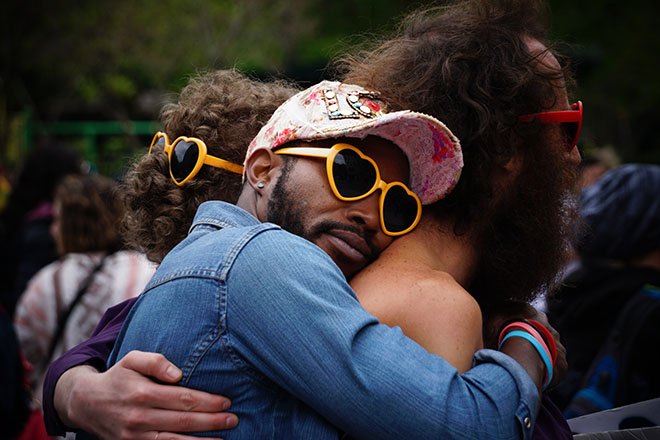 Read More
Published on: 29 Apr 2019
Falling in love is my favorite high. There’s nothing like it. When I fall in love, I fall.… 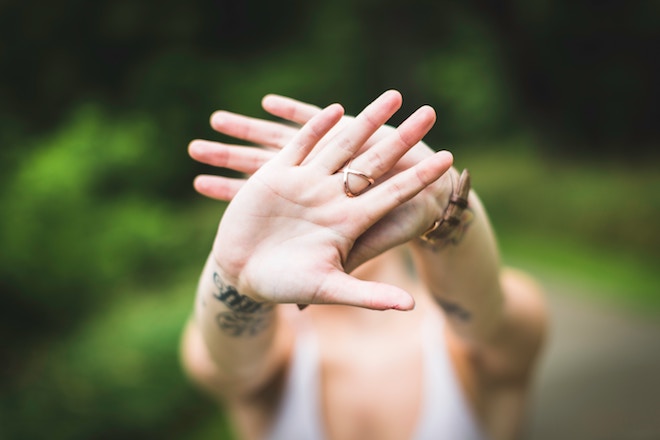 Read More
Published on: 10 Dec 2018
The anxiety starts in my chest and then blooms, smothering my lungs and filling my belly: a guy… 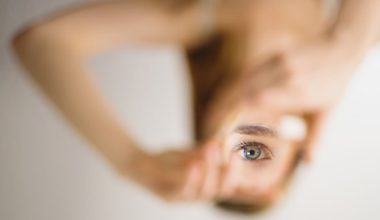 Read More
Published on: 17 Sep 2019
The harsh reality of long term relationships: Boredom hits. As time goes by and the relationship’s honeymoon phase…