The Inner World of Robin Williams In Three Films

Robin Williams was born on July 21st, 1951. During the next 63 years, he would become one of the world’s most esteemed and respected actors, comedians, and storytellers. To me, however, he would become a symbol of hope, compassion, and genuine human kindness.

It’s strange to feel a connection to someone I’ve never actually met, but there’s something about Robin Williams that felt so warm and familiar, I believe I didn’t have to meet him to get a sense of who he was. He revealed everything about himself in the roles he chose and the characters he played. And what I learned about him from his onscreen performances was that he was an indescribably beautiful human being. These are the three films I believe revealed a lot about his personal history and struggles with mental illness. 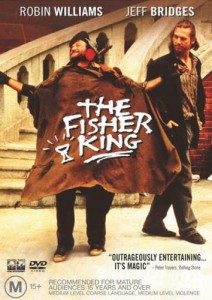 Starring Robin Williams and Jeff Bridges, The Fisher King is a story about a shock jock (Bridges) whose words unintentionally prompt a psychotic fan to carry out a murder-suicide. The story is set three years after the tragedy, as the shock jock tries to get on with his life while dealing with his overwhelming remorse and deepening depression. After a particularly nasty run in with some hoodlums, he encounters a schizophrenic man (Williams), whose illness developed after his wife was killed in that same tragedy.

Few films can teach compassion, selflessness, and social responsibility quite like Terry Gilliam’s The Fisher King. The comedy-drama touches upon depression, PTSD, suicide, redemption, schizophrenia, psychosis and catatonia, while providing a comprehensive portrayal of how people’s lives can be destroyed by severe trauma. Although Bridges gives one of the best and most salient performances of his career, it was Williams who stole the show with his earnest and emotionally poignant delivery.

It’s hard to perceive the depth with which Williams could embody loss as an act, and I often wonder how much of that performance was one.

For a more in-depth analysis of The Fisher King, check out the review from Roger Ebert here.

Mrs. Doubtfire (1993) Reveals The Family-Man Side of Williams 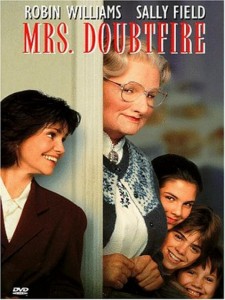 If there was ever a movie made for children with the intention of being watched in the event their parents ever got divorced, this was it. I suspect that most of you know the plot of this insanely popular film, but for those of you that don’t, here is the summary, once again from Roger Ebert:

“Mrs. Doubtfire” tells the story of a divorced man who misses his children so desperately that he disguises himself as a middle-aged British nanny in order to be near them. The man’s ex-wife and three kids are all, of course, completely fooled by the deception, leading to great poignancy when the man hears himself discussed in what appears to be his absence.”

Although Chris Columbus’s film may seem like a campy comedy, it deals with the serious notions of loss, self-identity, self-esteem, redemption, compassion, and divorce. And it does so in a way that prevents blame from being placed on any of the children within the portrayed family. Now knowing a bit more about Robin’s personal history, I believe he took the role because he understood what his own children went through when their parents broke up.

It also deals with grief. I think a part of him wanted to shed some light on how parents deal with their newfound circumstances and what they are willing to go through for their children. James Parker, writing for the Atlantic, described it best: “The grief of a father legally deprived of his children and communicating with them through layers of latex and padding; the grief of a man of many voices, a polyphonic virtuoso, whose mania can rest only when it occupies the persona of an artificial woman.”

What Dreams May Come (1998) Sheds Light On How Robin Saw Love, Life, and Death 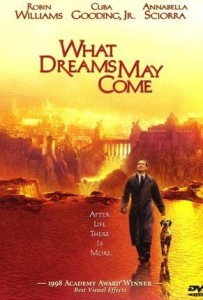 Vincent Ward’s What Dreams May Come is one of the most touching and emotionally evoking films Robin Williams has ever made. Roger Ebert breaks it down for us yet again:

“The facts you know from the ads and the trailers are that Chris and Annie (Williams and Sciorra) have a Cute Meet when their boats collide on a Swiss lake. They marry. They have two children. They are happy. Then both of the children are killed in an accident. Annie has a breakdown, Chris nurses her through, art works as therapy, they are somehow patching their lives back together–and then Chris is killed…After the death of her children and husband, Annie has despaired, killed herself and gone to hell. Chris wants to find her: ‘I’m her soul mate.’”

Because commitment and suicide are consistent themes in the film, any actor seeking to play the part would have needed to understand love, loss, and severe depression to do it justice. Robin Williams played the part as well as he did because he experienced these emotions in great depth. The fact that he openly spoke about the respect he held for his ex’s, and openly discussed his issues with substance abuse and recurring bouts of depression were well documented. I suspect that the films he chose to appear in resonated with him on a deeper level than we, the audience, realized at the time.

He was suffering from severe depression, Parkinson’s disease, and Lewy Body Dementia when he made the decision to direct his own exist on August 11th, 2014.

I did not know Robin Williams personally, but I believe he revealed himself to the public through the characters he chose to portray – and I miss him, a lot.

Read More
Published on: 31 Aug 2016
We all know Gene Wilder was an amazing actor who played some of the most memorable characters of… 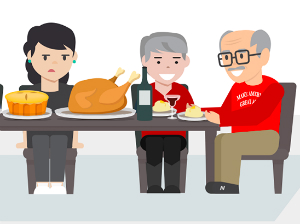 Read More
Published on: 21 Nov 2016
It’s going to happen. You’re praying it doesn’t, but it’s inevitable. During Thanksgiving, one of your relatives is… 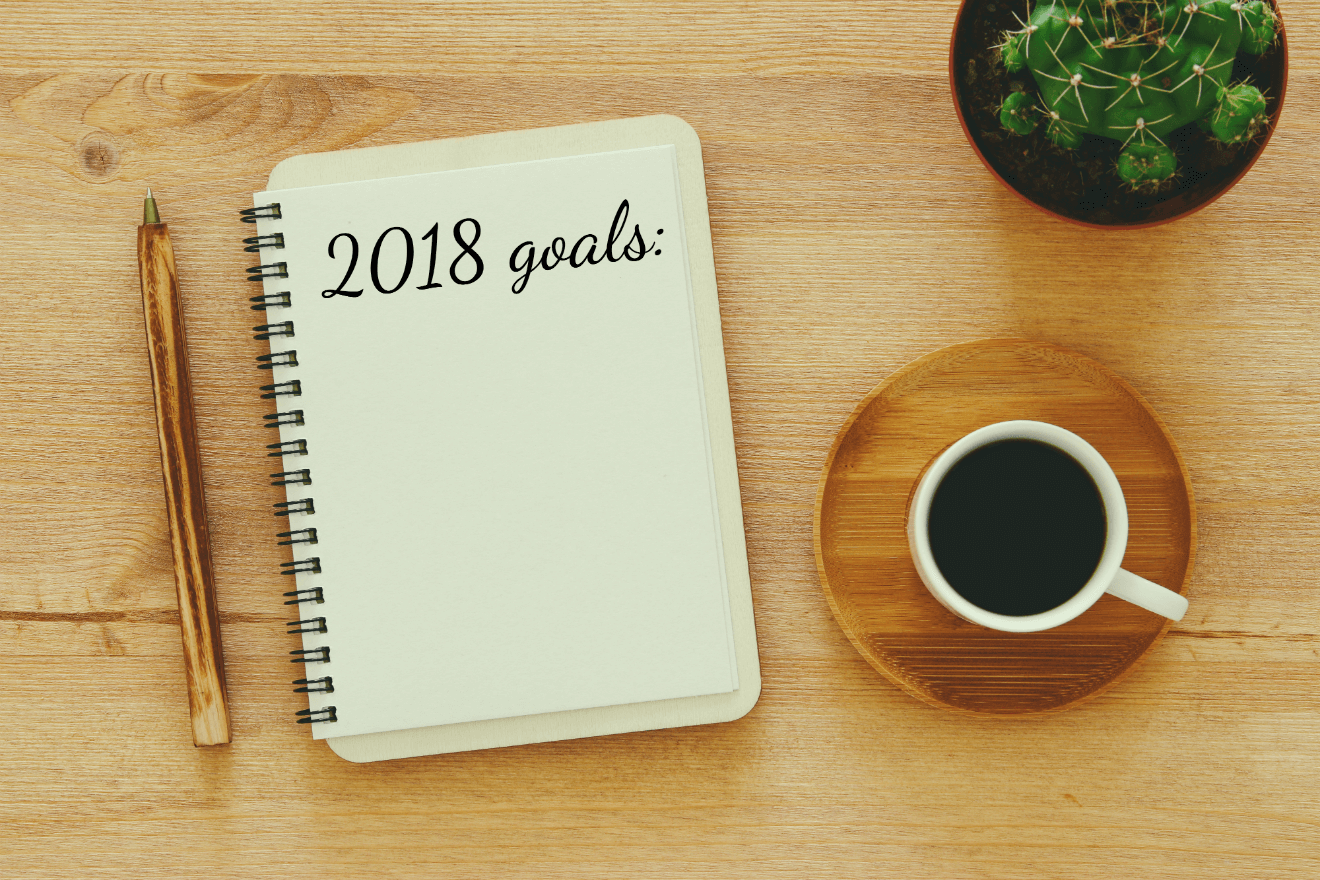