The COVID-19 Eviction Wave Is a Mental Health Crisis

When Chelsea Swift showed up to the crisis call, the man was sobbing. Swift is a counselor and emergency medical technician with Crisis Assistance Helping Out On The Streets (CAHOOTS), a health and homelessness response service based out of White Bird Clinic in Eugene, Oregon. When the county’s residents make a 911 or a non-emergency call regarding a mental health crisis or a need for social services, Chelsea Swift may pull up with a partner in CAHOOTS’ signature van.

Today, Swift was responding to a call from a man who was experiencing homelessness, and who was interested in seeking help for drug and alcohol use. He had recently been in jail, and was released only to find that the local government had raided the encampment where he had been living. All of his possessions were gone.

Swift wished she could offer her neighbor sustainable housing, but aside from Eugene’s one emergency shelter — already beyond capacity — the city lacks free and affordable housing options. “I had nowhere to bring this person,” Swift said. There was nothing she could do but sit there with him as he cried, mourning the loss of everything he owned in the world, and offer him a tarp and a water bottle.

As of 2019, Eugene, Oregon, the primarily working class community where CAHOOTS is based, had the highest per-capita homeless population in the United States. But Eugene is far from exceptional. Even as communities across the country advocate for alternatives to policing to support people without permanent shelter, America’s already-alarming housing crisis continues to deepen.

As of January 2019, almost 600,000 Americans were unhoused on any given night. This represents a significant increase in homelessness over the past few years, much of which is driven by increasing housing instability for low-income people in the state of California. At its core, the rise in homelessness represents an increasingly vast gap between rent and real estate prices, and stagnating wages, especially for working-class Americans and Americans of color.

The coronavirus pandemic is exacerbating this long-term trend. “I have a very great concern about what is going to happen for the next few months,” said Swift. While federal relief programs prevented some of the worst effects of job loss in the first months of the pandemic, the recent expiration of expanded unemployment is likely to reverse these small gains. Black, Latino, and Native American communities are being hit especially hard.

At the same time, the expiration of the federal eviction ban puts millions of renters at risk of losing their housing. While some major cities have local eviction moratoriums, others have left renters with no protection. “We’re already seeing the eviction fallout,” Swift said.

The eviction fallout spells widespread mental health crisis. Eviction, housing instability, and homelessness severely worsen mental and physical health, especially during a time when we’re being told to stay inside as much as possible.

Many of the poorest Americans live one medical crisis or layoff away from eviction. More than half of renters are rent burdened, meaning they spend more than ⅓ of their income on housing. This ongoing stress leads to an increased risk of chronic conditions like high blood pressure, depression, anxiety, and substance use. Women of color, especially Black mothers, are at a particularly high risk of eviction due to poverty, which in turn puts families at risk of economic and health difficulties lasting years into the future.

The trauma of eviction and foreclosure affect the entire community, leading to greater levels of interpersonal violence. This economic and emotional trauma can lead to chronic homelessness and even less access to physical and mental healthcare. “A week on the streets could mean a life on the streets,” said Swift.

That’s why Swift, and other outreach workers, support a slogan that advocates have been using since the AIDS crisis of the 80s and 90s: housing is healthcare. “Our refrain as CAHOOTS workers is you can support us all day, all night,” said Swift, “But unless you have places for us to bring people, we’re not effective.”

You Can Support Your Neighbors

It’s easy to feel powerless when faced with such a big crisis. But the truth is that we can all stand in solidarity with people facing eviction and homelessness in our communities, whatever our housing status.

By listening to, learning from, and advocating for and with our neighbors, we can pressure those in power to prioritize housing access, while building the systems and skills to support people in our communities who are facing housing-related mental health strain.

Unlike the traditional medical and mental health system, which has historically disregarded the consent of poor and marginalized people, CAHOOTS medics strive to work with the communities they serve. “We don’t show up to a situation knowing what the solution is,” said Swift. “We’re going to tailor the outcome to every individual need.”

Similarly, you can talk to and get to know the people living in our neighborhoods who do not have housing, and ask them what they need. You can also follow and support organizations led by people currently or previously experiencing homelessness.

Advocate for free and affordable housing

“If you ask somebody who lives on the street, ‘What do you wish you had for a housing situation?’ not a single one of them has said they want a homeless shelter,” said Swift.

Instead, she said, most of the unhoused people she supports want some kind of long-term housing that offers them both autonomy and community. “They need a place to stay,” said Swift. “That is an objective solution.”

Swift advises learning about housing policy in your area, which includes educating yourself about the history of zoning restrictions, like redlining, and the groups that influence housing policy. What part of your local government makes decisions regarding housing? Does your block have a neighborhood association, and if so, what is their track record on questions of affordability and access? What kinds of mental health support is offered in your area?

Get to know your local government

Swift doesn’t just advocate for housing access and mental health on the job. Outside of work, she’s also a community organizer. “I organize on these issues outside of work, because I cannot handle what I have to see at work,” she said.

In her organizing life, Swift works with friends and neighbors to keep tabs on the local city council. They consistently show up at meetings where housing policy is being discussed, to demonstrate community support.

Swift advises getting to know your local government as well as nearby social services and mental health agencies. “Who are those trusted experts in my community, and what do they need?” she advises asking.

The Black-led uprisings following the extrajudicial killing of George Floyd have increased public awareness of non-carceral solutions to mental illness and homelessness. But Eugene is still one of the rare American cities that has a program like CAHOOTS.

However, Swift said you don’t have to have a social work degree or be a professional outreach worker to be an advocate for your community’s mental health. You just have to get to know your neighbors and pool your collective strengths.

“What skills do you have?” Swift asks. Perhaps you’re a great cook, and can ask your neighbors if they’d like dinner once a week. Your friend, on the other hand, may be a fashionista who would be happy to organize a community clothing drive.

In order to prevent evictions and support long-term housing, you can connect with your local tenants’ union or form a tenants’ union of your own. Swift also suggests creating your own mini CAHOOTS-style support network. You can gather together to learn about mental health and harm reduction, and create a phone tree or sign up for shifts in case a community member needs support.

Mental Health Is For Everyone

Eviction, and the resulting mental health fallout, is everyone’s problem. That’s because our communities are not stable and healthy until everyone is stable and healthy. “It’s our crisis,” said Swift, of the wave of oncoming evictions. “We’ve created a world that lets that happen.”

As overwhelming as this can feel, it’s also a message of hope. If we, collectively, created a problem, then we can work together to fix it.

All of Your Premarital Counseling Questions Answered 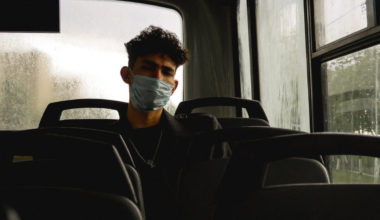 Clinically Reviewed by Jill E. Daino, LCSW-R
I remember the day clearly — it was a Wednesday night, March 11th to be exact, and my… 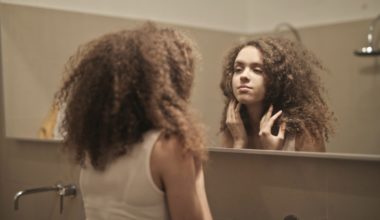 Clinically Reviewed by Ashley Ertel, LCSW, BCD
We are living through a pandemic. We’re all fighting to keep ourselves and our loved ones healthy and… 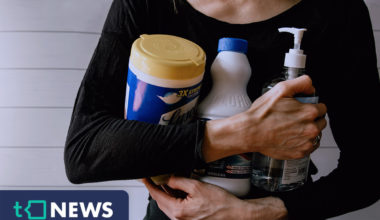 Clinically Reviewed by Reshawna Chapple, PhD, LCSW
There seems to be some degree of stigma around many illnesses, whether physical or mental. Sadly, it seems…