Why Not Buying Things May Be Great for Your Mental Health

The spending season is upon us but with a deadly pandemic in full effect, cash registers aren’t ringing like they once did. For people struggling with mental health conditions, such as compulsive buying disorder, the new shopping restrictions may not be such a bad thing. It’s especially important to remember that we don’t need to spend money even on days like Black Friday and Cyber Monday, which aggressively promote bargains and encourage overconsumption.

The High Holidays of Shopping

Black Friday and Cyber Monday are the unofficial high holidays for shopping enthusiasts. These two days, which immediately follow Thanksgiving, are known to offer some of the best deals of the year. Traditionally, Black Friday and Cyber Monday set the tone for the following month leading into the holiday season. They give shoppers a head start on crossing things off their holiday shopping list. In recent years, even though malls and stores still promote deals, much of the shopping has moved online, though malls and stores are still promoting special deals. With the COVID-19 pandemic still raging, however, the online shopping trend will undoubtedly continue and increase this year.

Why There’s a Boost to Buy

According to 2018 statistics by the National Retail Federation, the average amount spent by shoppers on Black Friday is $313.29, with nearly 70% of that money going towards presents for others. Research into consumer behaviour reveals that there’s a positive surge associated with buying something at a lower price than what you would normally pay. This is called Smart Shopper Feeling, and it’s associated with a variety of psychological boosts like excitement, self-confidence, and satisfaction.

What’s enticing about these one-off shopping days is precisely that — they only come once a year. That feeling of having a limited time to cash in on a perceived bargain can encourage feelings of anxiety or FOMO, the fear of missing out — something also known as “anticipatory regret.” These feelings may inspire shoppers to buy things that they otherwise wouldn’t, since the option of a one-time deal may seem more convenient than trying to find a similar deal elsewhere. However, the reality is that sales happen year round, just without the intense marketing that accompanies Black Friday and Cyber Monday.

Talkspace therapist Bisma Anwar, LMHC, says that these retail events add a level of stress and anxiety for buyers because they feel pressure to buy as soon as possible. This pressure makes them feel more anxious and more likely to make poor choices when it comes to purchasing, often buying products that they don’t actually want or need.

“The attraction of a sale could make them feel like they need to buy now, while the price of the product is lower without thinking about consequences of buying such as finances and budgets,” she says. “They might end up actually overspending, which will cause further stress and anxiety.”

The Truth About Retail Therapy

A 2012 study from the University of Michigan looked at why so-called “retail therapy” can lift someone’s mood. It found that shopping can bring about a sense of personal control over one’s environment, which can lead to a decline in residual sadness. However, the study didn’t look at whether that increased control resulted in a loss of control later — perhaps due to increased debt — that would counteract the brief benefits of retail therapy.

When we choose to make a purchase, we weigh both the benefits and repercussions of buying a particular product. A 2007 study performed an MRI on subjects who were deciding whether to buy certain items. The results found that the decision to buy things involved a fusing of emotional signals related to the anticipation of both having the desired product and suffering the financial loss of paying for it.

Black Friday and Cyber Monday might be especially challenging days to avoid for those with compulsive buying disorders (CBD). CBD is characterized by patterns in shopping behaviours that lead to distress or impairment. It’s said to have a prevalence of 5.8% of the U.S. population. While there is no specific type of personality that can be categorized as CBD, it tends to run in families, particularly those with a history of mood and substance abuse disorders. Although there is no standard treatment for CBD, programs like Debtors Anonymous and financial counseling can help manage shopping impulses. A five-year follow-up study that focused on people diagnosed with CBD found that most had shown overall improvement by the end of the study, though they had ongoing symptoms.

Anwar says there is a certain cause and effect with these sales that can be very stressful and anxiety-provoking for consumers.

“Sometimes the enticement of these sales can overcome our better judgement,” she says.
“With individuals who suffer from compulsive buying or addiction to shopping, the sales can lead to negative outcomes because it might push them to spend more than they can actually afford since they find it hard to control themselves in the face of such enticement. “

The best way to avoid buying things, particularly on heavily marketed shopping days, is to make plans to do other things. Precommitment is considered a mechanism for conquering impulsivity and is described as the act of taking away a future choice from oneself. When it comes to spending, precommitment could mean asking someone else to hang on to credit cards during Black Friday so that you’re unable to use them to shop, or making sure the day is full of things to focus on so that you have no time to be tempted to shop. The key is to have a plan in place so that the impulse to shop is easier to avoid. There are also websites like stickK.com that help users set goals that empower change.

Approaching Black Friday and Cyber Monday with a new perspective can also be helpful. In the early 90s, an anti-consumerism protest movement started out of Vancouver called Buy Nothing Day, which has since gone international. Like Black Friday, Buy Nothing Day falls on the day after American Thanksgiving and is intended to examine the issue of overconsumption, consumerism, and rampant capitalism. There are various ways to observe Buy Nothing Day, depending on the region. Some observances include credit-card cut ups at shopping malls or Zombie walks. But the easiest way to commemorate this day of protest is to take it literally — and buy nothing.

Black Friday and Cyber Monday will continue to be a yearly tradition, but that doesn’t mean you have to buy into the hype. Make an intention to do other things instead. For those who struggle with CBD, it’s important to reach out for help from people who can steer you away from unhealthy spending, as well as anonymous programs or financial counseling. If you feel like you need support with shopping, speaking with a licensed Talkspace therapist can provide actionable strategies to help control those impulses. 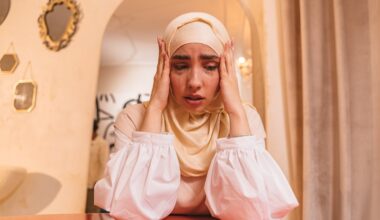 Clinically Reviewed by Reshawna Chapple, PhD, LCSW
While stress is a normal part of life and can even be healthy in small doses for short… 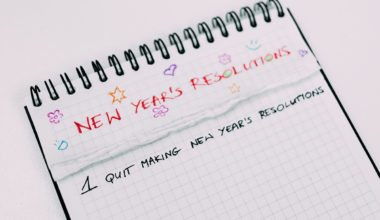 Read More
Published on: 03 Jan 2020
The New Year can bring about a sea of emotions: excitement, anxiety, disappointment, frustration, overwhelm, and shame. On… 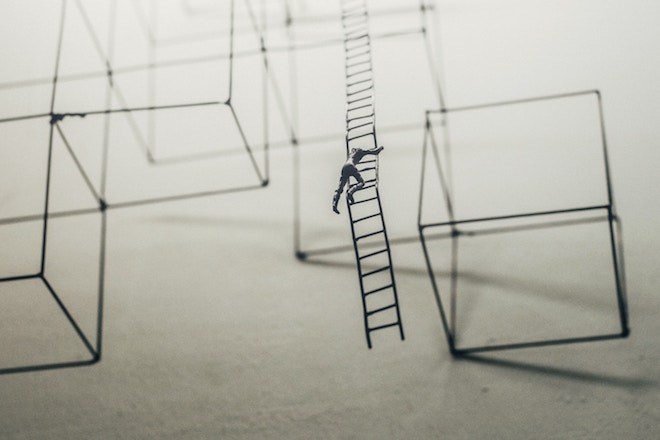 Read More
Published on: 29 Nov 2018
If you’ve hit rock bottom before, you know how much it sucks…and you probably want to make sure…